Like almost every U.S. orthodontist, JCO maintains a Facebook page as one means of connecting with its customer base—in your case, patients; in ours, readers. The format doesn’t necessarily lend itself to dispensing clinical information, although we have recently begun posting helpful videos related to our published Pearls. We tend to get the most likes and shares from our monthly profiles of finalists for the Eugene L. Gottlieb JCO Student of the Year Award (the most recent winner was announced in the March 2017 issue), no doubt because of these students’ extended networks of relatives and colleagues. But the 50th-anniversary year of the journal has brought us an opportunity for a new and unique Facebook venture.

Twice a week since last September, we have highlighted a landmark article from JCO’s 50-year history—one year per week, making it “50 weeks to the 50th”. Phil Vogels, our Vice President of Business Development and Marketing, set up the schedule with input from me and our other senior editors. On Facebook, each article comes with a brief rationale for its inclusion and a link to the Online Archive at www.jco-online.com. Although the archive is generally open only to JCO subscribers, these papers are free for anyone to read for a limited time.

Since I’ve edited virtually every piece published since the fall of 1981, I found most of these to be old friends. But it was particularly interesting to me to review the material from the late 1960s and early ’70s and to see how much has changed in the profession—and how much has stayed the same. The first article chosen for our series, printed in the very first issue of what was then the Journal of Practical Orthodontics (September 1967), was called “Control Your Practice”, offering the kind of management advice for which JCO became famous. The third was a Technique Clinic from the journal’s fifth issue, representing another department that has continued right up to the present. We’ve also showcased JCO’s pioneering articles on adult orthodontics (March 1971), computerization (October 1974), office design (December 1977), marketing (March 1979), clear retainers (August 1985), and skeletal anchorage (December 1999). That last topic, which has just recently been posted on Facebook, was the subject of one of JCO’s hallmark interviews—here, with Dr. Junji Sugawara. Along the way, we’ve included the first JCO Orthodontic Practice Study (September 1981), as well as the first Case Report (April 1979) and Pearl (April 1981).

Having reached the 21st century in our Facebook series, we still have about four months to go. You’re welcome to jump in and follow us whenever you like, and you can always go back through our timeline to pick up previous installments. This is not intended merely as an exercise in nostalgia; please take it as an invitation to comment on any topic that strikes a chord. The best way to access the original articles, for now, is on a desktop or laptop browser, but we are about to introduce the new jco-online.com with full mobile capabilities, where even the oldest material from our archive will be easy to read on your tablet or smartphone.

In perusing our Facebook countdown of 50 weeks to the 50th, you may feel that a few particularly momentous articles from past issues of JCO have been omitted. That’s because these landmarks are going to be celebrated in the 50th-anniversary issue itself: September 2017. We will not reprint the articles in full (although the digital edition will, of course, include links to the archive), only excerpts of their opening pages and figures. But each article will be memorialized in an essay by one of the leading orthodontists in the world today, describing what the original material and authors meant to him or her individually and to the profession as a whole. You'll have to wait for the September issue to see our collection. 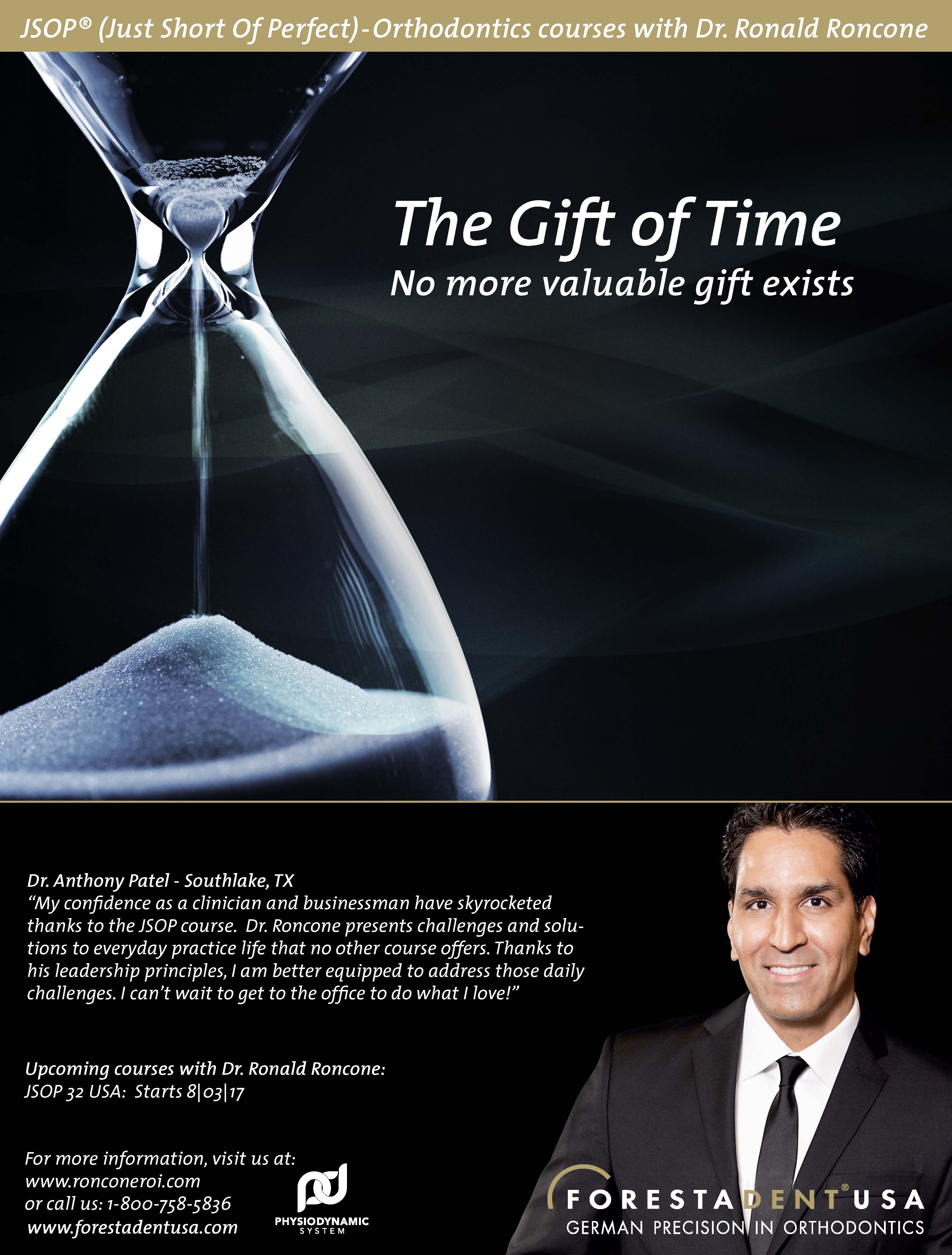