The Evolution of Orthodontic Radiography

The use of radiographs in orthodontics, and in almost every dental and medical field, is pretty much taken for granted nowadays. It is difficult for us even to imagine orthodontic, medical, or dental practice without diagnostic radiography. Yet dental radiography was developed in relatively recent times, considering that dentistry has been practiced as a necessity throughout history and as a recognized profession since the time of Pierre Fauchard (1678-1761). The German physicist Wilhelm Conrad Röntgen is given credit for taking the first radiograph in 1895—using his wife’s hand, presumably because it was the most convenient thing available—with his new imaging invention, which was made from a Crookes tube and photographic plates. According to Riaud, the German dentist Otto Walkhoff took the first dental radiograph, two weeks after the publication of Röntgen’s work.1 Walkhoff, still considered one of the founders of modern endodontics, captured the radiograph of his own teeth with an exposure time of about 25 minutes! Fortunately, the technology has progressed considerably since then.

The early pioneers of dental radiology used glass photographic plates or roll film to capture their images. The plates were cut down by the dentist, wrapped in black paper, and enclosed in rubber dam material. These glass plates were extremely fragile and quite uncomfortable for the patient. In 1903, Kells opened the first dental x-ray laboratory in the United States. In 1925, Raper originated the bite-wing technique, and in 1948, panoramic radiography was introduced. With specific reference to orthodontics, A.J. Pacini is credited with taking the first standardized lateral radiograph in 1922. Also in 1922, Paul Simon of Germany became the first to use planes and angles in what was eventually referred to as “cephalometrics,” now an integral part of orthodontic practice.2

Over the years, a great many authors have published new and supposedly improved cephalo­metric analyses. To my mind, however, the most important recent innovation in orthodontic diagnostic radiography occurred in 1998, with the introduction of cone-beam computed tomography (CBCT) to dentistry by Mozzo and colleagues.3 Its application to orthodontics was a natural progression.

In this month’s Cutting Edge column, JCO’s Technology Editor, Dr. Marc S. Lemchen, presents a fascinating article written by Drs. Chen Lewit Borohovitz and Zeev Abraham of Tel Aviv University, Israel, and Dr. Ronald Redmond of the University of the Pacific in San Francisco. With the challenging title “The Diagnostic Advantage of a CBCT-Derived Segmented STL Rendition of the Teeth and Jaws Using an AI Algorithm,” this paper represents another step in the development of orthodontic diagnostic radiography. Using artificial intelligence, the authors’ technique “segments” individual teeth or groups of teeth out of a CBCT image for closer analysis. Two cases demonstrate the direct clinical applicability of this technology and its diagnostic benefits for the orthodontist, mainly in allowing the visualization of structures and anomalies that would not have been apparent in standard radiographs. This could be another game changer. 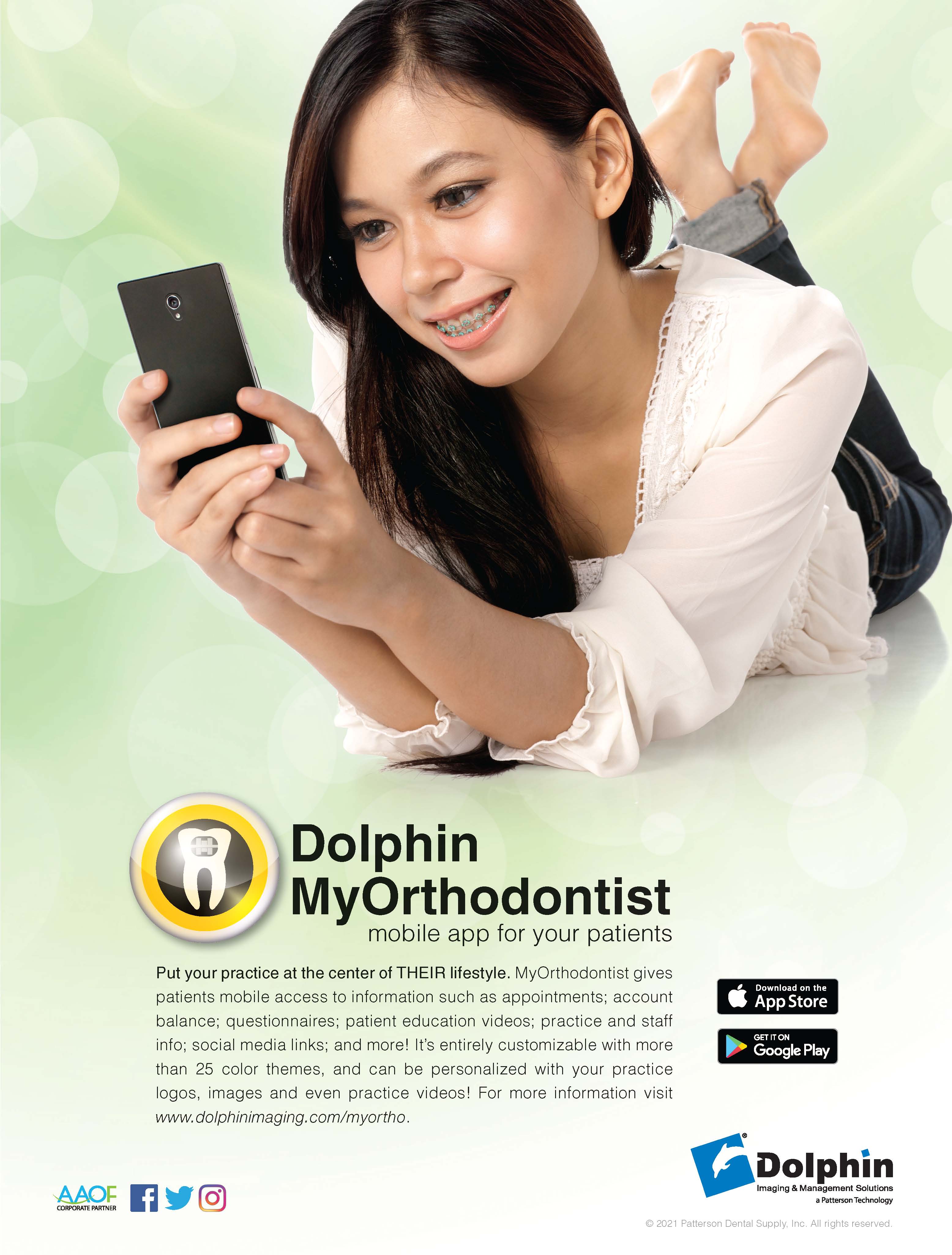