This edition of the Aligner Corner features two complementary articles on the Invisalign* mandibular-advancement (MA) feature. The first is an interim report on a prospective multicenter investigation. A number of measurements were examined, but a 3.36mm reduction in overjet struck me as both statistically and clinically significant. The authors observed that most of the Class II correction was dentoalveolar in nature, with minor skeletal changes.

I have used the MA feature extensively in my practice, and as both articles point out, it has some important benefits over other techniques. First, dental alignment and Class II correction can occur simultaneously. Second, the mandibular advancement is programmed incrementally (about 2mm every eight weeks), improving patient adaptation and comfort as compared with the one-step advancement of a conventional functional appliance. One advantage not mentioned is that the Invisalign MA fails “safe”—in other words, when problems occur, they don’t create significant patient discomfort. We all strive for effective, efficient treatment, but we should also strive for an excellent patient experience. Invisalign MA seems to hit all three goals. I look forward to seeing the final results of the multicenter trial.

Invisalign*** with mandibular advancement (MA) is indicated for the treatment of skeletal mandibular retrusion in conjunction with the alignment of rotated or tipped teeth. The possibility of combining tooth movement and mandibular advancement, thus reducing treatment time, represents the main advantage of this approach over conventional functional appliances. As with functional appliances, however, the success of treatment depends primarily on timing.3-5 When functional treatment starts before or after puberty, Class II correction is almost entirely limited to dentoalveolar changes. On the other hand, when functional treatment is performed during puberty, it has the added potential of inducing a long-term enhancement of mandibular growth.4

No published studies have evaluated the effect of MA aligners on skeletal Class II treatment during the pubertal growth peak. This article reports the outcome of such treatment.

A 12-year-old male presented to the Department of Orthodontics at the University of Rome Tor Vergata with the chief complaint of forwardly placed upper front teeth. Clinical examination found a convex facial profile due to mandibular retrusion, a short lower anterior face, and an everted lower lip (Fig. 1). The patient was in the permanent dentition and had bilateral Class II molar and canine relationships. The maxillary arch exhibited overerupted incisors, mesially rotated first molars, and mild rotations of the first and second premolars. The mandibular arch displayed over­erupted lower incisors, excessive spacing, and a deep curve of Spee. Both the maxillary and mandibular midlines were coincident with the facial midline. Functional analysis revealed an atypical swallowing pattern and contraction of the perioral musculature. 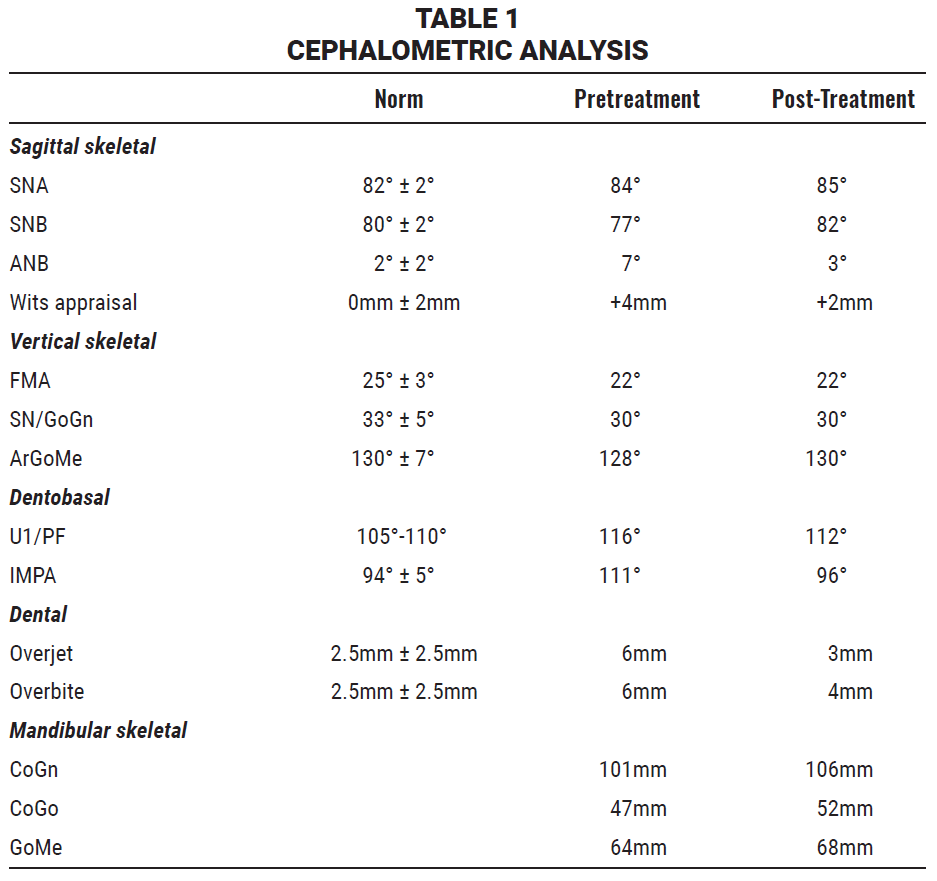 The main objective of treatment was to improve the patient’s facial appearance by achieving Class I skeletal and dental relationships. The treatment plan called for functional therapy with the Invisalign MA appliance. In this protocol, while the aligners are responsible for dental movements, two Precision Wings*** hold the mandible in a forward position, with the inclination of these two surfaces forming a complementary angle of 180° (Fig. 2). The hollow Precision Wings are fabricated from the same material as the aligners, although features such as grooves and reinforcement structures have been added to reduce flexibility and increase rigidity.

Our ClinCheck*** forecast involved three phases. In the pre-MA phase, which required 22 aligners for each arch, the plan included simultaneous expansion of the maxillary arch and distal rotation of the upper first molars in relation to the Ricketts line; in the mandibular arch, the emphasis was on flattening the curve of Spee and promoting retroclination of the lower incisors to recover the amount of overjet needed for subsequent mandibular advancement. Optimized rotation attachments were placed on both the upper and lower first molars to facilitate distal-out and expansion movements. The patient was instructed to wear the aligners 20-22 hours per day and to change them once a week. He returned every six weeks for a check of the aligner fit and attachment positions. After about six months, a parabolic maxillary arch and a proper rotation of the upper first molars had been obtained (Fig. 3).

Fig. 3 A. After six months of pre-MA transverse correction. B. MA in progress.

During the MA phase, which consisted of 36 sets of aligners, the Precision Wings were programmed to provide a gradual advancement of 2mm for every eight aligners. This advancement is achieved by shifting the placement and changing the mesiodistal length of the Precision Wings from one stage to the next. Horizontal rectangular attachments were placed on the palatal surfaces of the upper molars to ensure aligner fit and retention. (Attachments cannot be placed on the buccal side of the premolars or molars when Precision Wings are used.)

During a one-month transitional phase, the patient wore four sets of aligners to maintain the results before the occlusion was finished with three more months of clear aligners.

Total treatment time was 19 months. The aligners were well tolerated by the patient, and no adverse effects were noticed during any stage of treatment. All objectives were achieved, including bilateral Class I molar and canine relationships and a significant improvement in the soft-tissue profile, with a more anterior position of the chin (Fig. 4A and 4B). 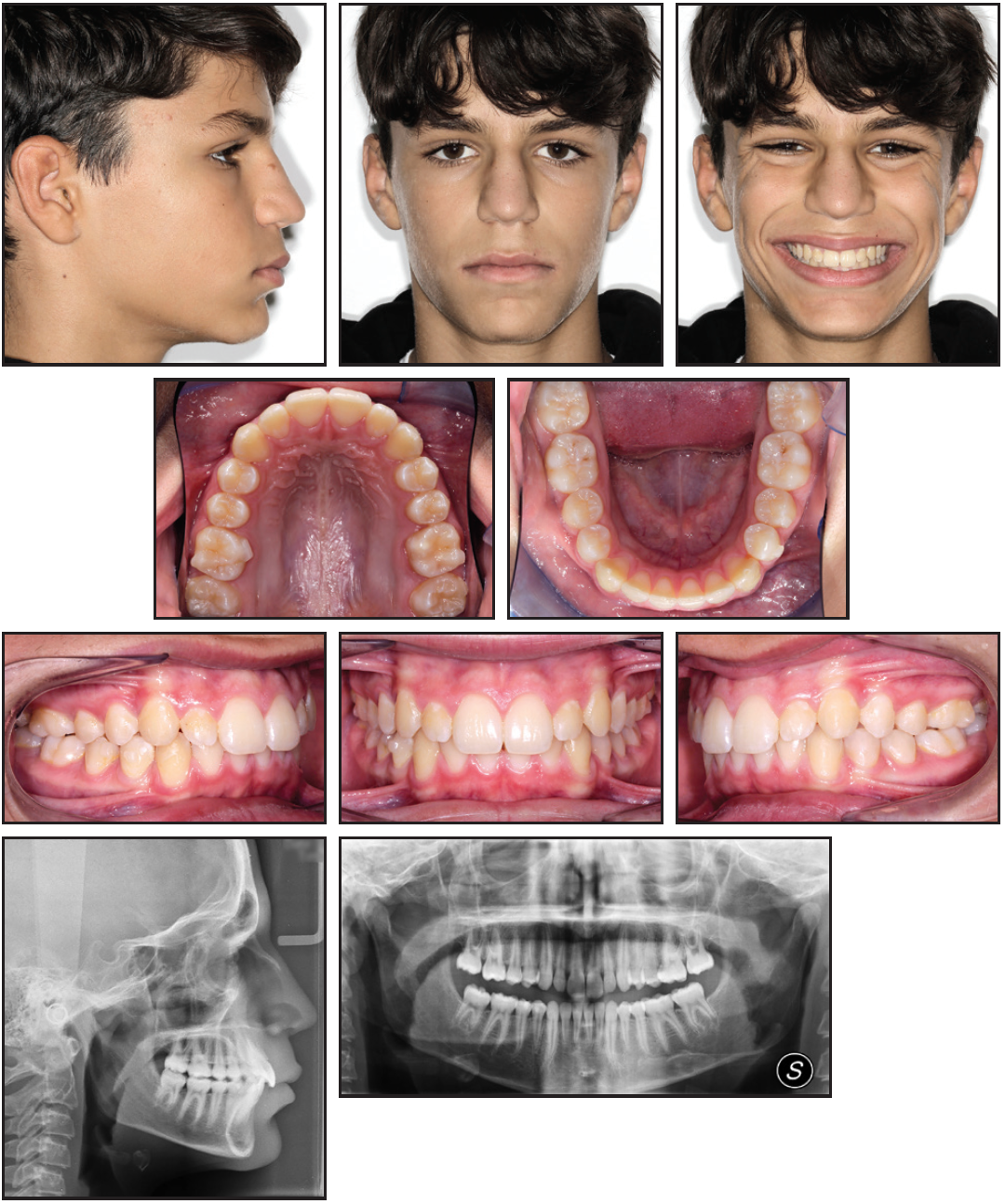 Fig. 4 A. Patient after 19 months of treatment (continued in next image).

Fig. 4 (cont.) B. Comparison of patient profile before, during, and after treatment. C. Superimposition of pre- and post-treatment cephalometric tracings.

The effects of MA were evaluated cephalometrically (Table 1). A reduction of 4° in ANB was noted, mainly due to forward displacement of the mandible (SNB = 82°). The incisor proclination was reduced in both arches, especially the lower (U1/PF = 112°, IMPA = 96°). Normal overjet (3mm) and overbite (4mm) were obtained, and mandibular length and ramal height were increased (CoGn = 106mm, CoGo = 52mm, GoMe = 68mm).

Our patient exhibited a pubertal stage of skeletal maturity (cervical stage CS-3) at the end of treatment, indicating that the pubertal growth spurt had occurred during treatment. That timing was a key factor in terms of mandibular growth enhancement, ramal elongation, and chin protrusion. The superimposition of cephalometric tracings con­firmed that the improved sagittal relationship was attributable to skeletal changes such as anterior repositioning and increased mandibular length.

Treatment with MA aligners usually involves an initial pre-MA phase for correction of any occlusal features that could prevent mandibular advancement. For example, a transverse discrepancy between the arches will cause occlusal interferences, thus preventing the mandible from posturing forward. Our planning for the pre-MA phase therefore included maxillary dental expansion. Similarly, patients with a small mandibular-arch perimeter or retrognathia are prone to the development of a deep bite and a steep curve of Spee, because the incisors will supraerupt until they contact the opposing teeth or soft tissue. In our patient, the lower incisors were intruded and the posterior teeth extruded to flatten the curve of Spee.

Incremental mandibular advancement, as opposed to one-step activation, has been advocated to achieve more stable Class II correction with functional therapy.7-10 The variability of results is at least partly attributable to the difference in patients’ growth stages at the time of treatment. Only one study has compared two groups at the peak of growth, but these authors corroborated the finding that stepwise advancement produces greater skeletal effects than single-step protrusion.11 Smaller increments of mandibular advancement also enhance patient compliance by reducing initial discomfort and speech difficulties.

In the case shown here, the MA protocol demonstrated efficient and effective correction of skeletal Class II malocclusion during the pubertal peak-growth stage. While these results are encouraging, further research is needed to confirm the long-term effects of MA.

Dr. Pavoni and Dr. Lione are Research Assistants, Dr. Lugli is a postgraduate student, Dr. Loberto is a PhD student, and Dr. Cozza is a Professor and Head, Department of Orthodontics, University of Rome Tor Vergata, Rome. E-mail Dr. Pavoni at dott.chiarapavoni@gmail.com.

Fig. 3 A. After six months of pre-MA transverse correction. B. MA in progress.

Fig. 4A A. Patient after 19 months of treatment (continued in next image).

Fig. 4B (cont.) B. Comparison of patient profile before, during, and after treatment. C. Superimposition of pre- and post-treatment cephalometric tracings. 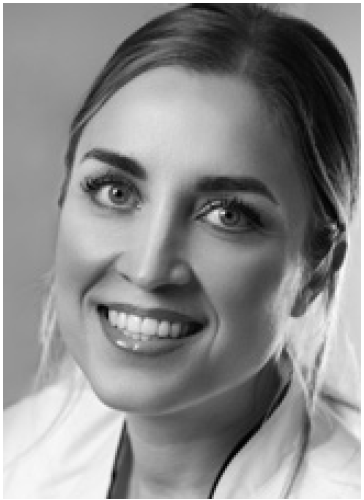 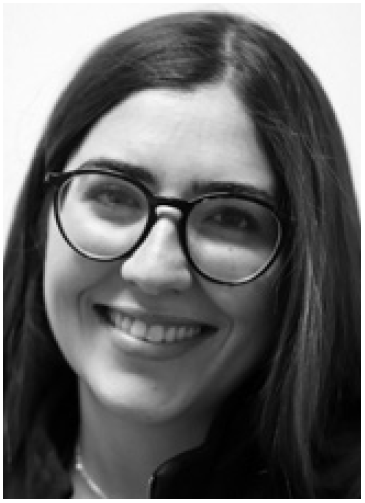 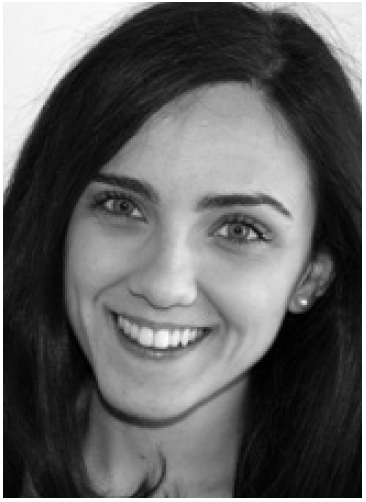 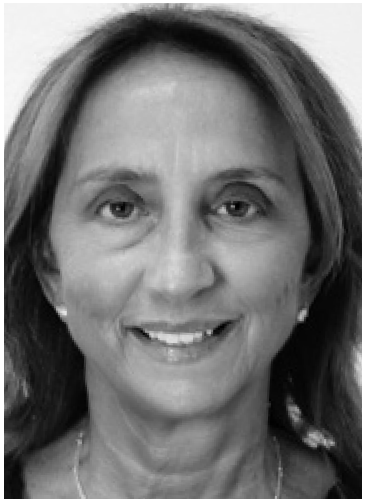