This column is compiled by JCO Technology Editor Marc S. Lemchen, DMD. To help keep our readers on The Cutting Edge, Dr. Lemchen will spotlight a particular area of orthodontic technology every few months. Your suggestions for future subjects or authors are welcome.

The orthodontic profession has been moving at an ever-increasing pace into the world of integrated three-dimensional imaging. Cone-beam computed tomography (CBCT) provided the practitioner with a dimensionally accurate representation of the teeth, jaw structures, and skull, but the resolution of dental crowns was still lacking. While it could be said that we would likely treat the angulation of a tooth based on its clinical appearance, the ability to obtain an accurate representation of the crown attached to its root remained elusive.

New digital intraoral scanners provided extremely accurate images of the crowns, but left the positions of the roots to be interpreted from crown positions. It was also difficult to make decisions regarding the torque of a tooth based on the crown alone. Accurate superimposition of the intraoral scan over the CBCT data would allow the orthodontist to clearly view a dimensionally true representation of a tooth and its root relative to the alveolar ridge.

The following article describes a method of using all this available data to construct clear aligners with “divots,” providing couples of forces to control root positions in three dimensions for clear aligner therapy. This combined imaging approach enables more precise treatment planning as well as a better measurement of the success—or lack of success—of our attempts to control root and crown positions with clear aligners.

Clear aligners are not only a popular esthetic choice among patients,1,2 but they also facilitate better oral hygiene compared with conventional fixed orthodontic ap­pliances.3,4 The two approaches are not yet equivalent, however, from a biomechanical point of view. While brackets and wires can provide precisely controlled tooth movements of all types in three dimensions,5 the ability of clear aligners to move roots to designated positions has not been confirmed.6-12 Most treatment planning for aligners considers only the crown data, not the root geometries. More complete information on tooth shapes, including both crown and root anatomies, would enhance treatment planning and provide more realistic simulations.13,14

We have developed a 3D data fusion method for creating multi-body orthodontic models from optical surface scans and CBCT images. The resulting 3D digital models combine dental structures and oral soft tissues, each from its most accurate representation: optical scanning for crowns and gingivae and CBCT imaging for roots and alveolar bone. The digital model thus provides a reliable virtual base for clinical diagnosis and 3D treatment planning.

The proposed method requires 3D digital images of the crowns to be captured by an optical scanning technique (Fig. 1). 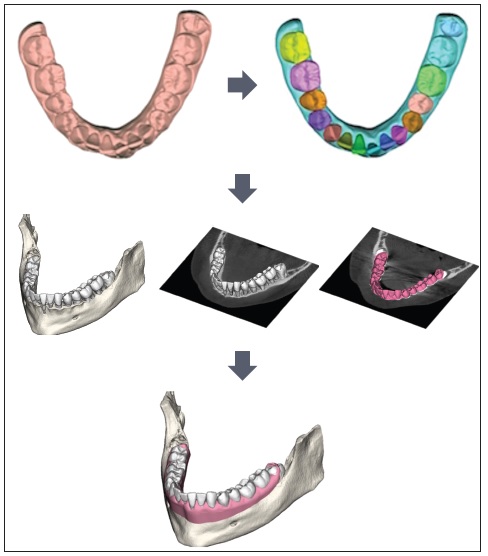 An in-office intraoral scanner can be used to digitize the inner surfaces of the mouth, or impressions or plaster models can be sent to a laboratory for 3D scanning. The digital model is processed by 3D segmentation of the crowns based on a local estimate of surface curvature. CBCT data are then acquired to capture the geometry of the roots and bone. The scanned crown models are used to guide the segmentation of CBCT images and the reconstruction of root morphology by helping the technician choose the right threshold for binarization algorithms.15,16

In the final step, a technique developed by Barone and colleagues is used to merge the data into a unique model that provides an accurate and complete orthodontic representation.15 This digital model displays each tooth in its original position with respect to the alveolar bone. Individual tooth geometries, including the roots and crowns, can be manipulated to precisely display the stages of both tooth and root movement from the initial malocclusion to the desired final occlusion.

A tooth that is positioned facially within the alveolar process may develop an alveolar bone dehiscence with a thin covering of soft tissue,17 predisposing the tooth to recession if plaque control is inadequate or traumatic mechanical factors occur.18 The gingival dimensions will thicken on the labial aspect when the tooth is moved lingually during orthodontic treatment.17 Roots that are malpositioned relative to the underlying bony arch can be corrected successfully with fixed appliances18,19; if clear aligners could be used to induce the same kind of torquing movements, they would be less likely to cause plaque accumulation. This article describes a case involving difficult root-torquing movements that were accomplished with clear aligners, using combined CBCT and digital models to predict and confirm the final root positions.

Torque can be measured as the labiolingual inclination of the crown’s facial axis relative to the occlusal plane. We defined the occlusal plane as the best-fitting plane among all the lingual points of the arch (that is, the limits of the lingual facial axes of the clinical crowns). It may also be described as the plane passing through the intersection of the first permanent molars’ lingual developmental grooves with the gingival margins and calculated centroids of all the teeth.

Our torque measurements were performed directly on the digital impressions using the angles and planes defined by Huanca Ghislanzoni and colleagues.20 A positive (buccal) or negative (lingual) torque value can be obtained directly from the geometry acquired with the optical scanner. The accuracy and repeatability of the measurement is high because it depends solely on the accuracy of the optical scanner (as measured in microns) rather than the quality and processing of the CBCT data.

A 32-year-old female was evaluated by a periodontist and referred to the Department of Orthodontics at the University of Bologna (Fig. 2). She requested correction of her poor esthetics and relief from the marked dental sensitivity caused by gingival recession on the lower left central incisor, which seemed buccally displaced. The patient’s general dentist had tried to cover the recession, but advised that the tooth needed to be extracted. CBCT showed the root of the lower left central incisor outside its buccal cortical bone and the root of the lower right central incisor outside its lingual cortical bone (Fig. 3). 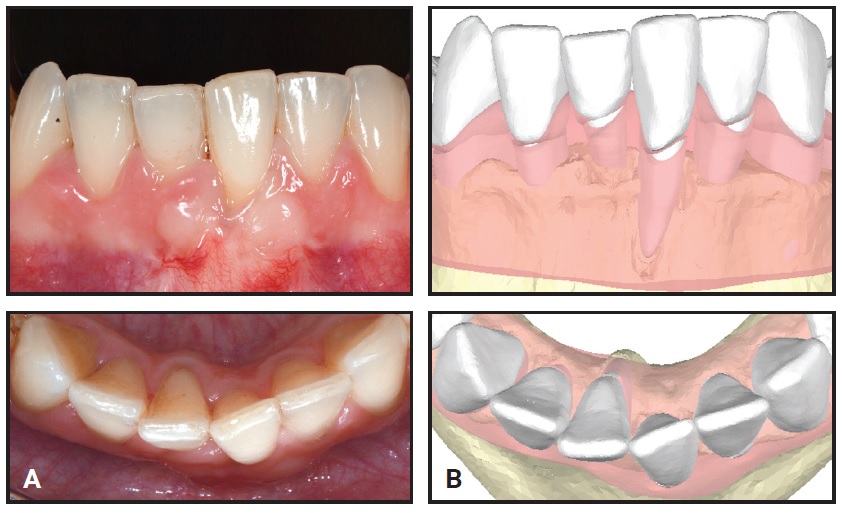 The treatment plan involved interproximal enamel reduction to gain space within the lower arch, followed by lower Airnivol* clear aligners to reposition the affected roots within the alveolar bone. All movements were carefully controlled in three planes of space through the Aircheck** treatment-planning program, which simulated the final positions of the roots inside the envelope of the alveolar process.

The patient was given oral-hygiene instructions and told that check-ups would be needed; these expectations were emphasized periodically throughout treatment.

After the 12th aligner, the patient reported that her dental sensitivity had been eliminated. At this point, the crowns were nearly aligned, so we began to incorporate pressure points (divots) for root torque.

Divots can be placed in an aligner to move the force closer to the center of resistance and thus create a force couple for controlled root movement (Fig. 4A).21 In this case, divots were placed near the gingival edge of the labial surface and the incisal edge of the lingual surface to create lingual root torque of the lower left central incisor (Fig. 4B).

The initial phase of treatment with 23 lower aligners took 12 months; a refinement phase with 10 lower aligners required another three months. At this point, the correct axial inclinations of the lower central incisors had been achieved (Fig. 5), and the roots were properly positioned within the buccal and lingual alveolar bone (Fig. 6). 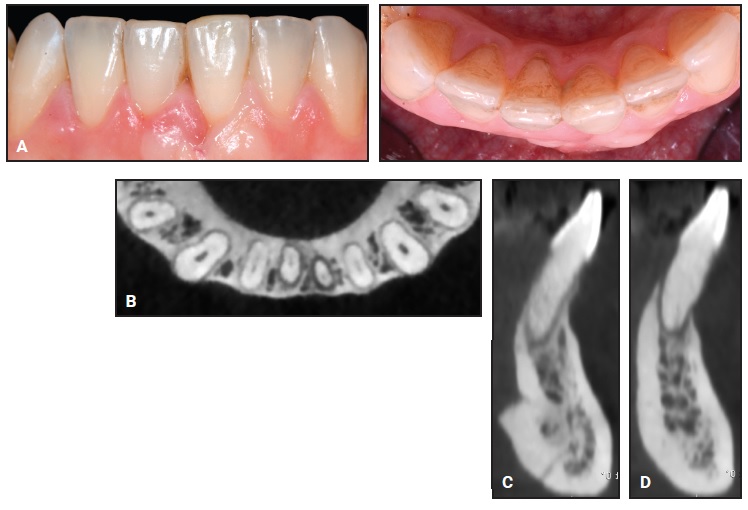 Fig. 6 Comparison of root positions before and after treatment.

The upper arch, which was slightly mal­aligned, was treated simultaneously with 10 sets of aligners and no refinement phase. Passive aligners were delivered for retention.

This method of integrating 3D data from an optical scanner with volumetric data from CBCT imaging provides an optimal spatial reference for the most accurate models of hard and soft tissues. While the conventional virtual setup focuses on moving the crowns,6 the 3D digital model includes root positions, thus enabling a better outcome.22 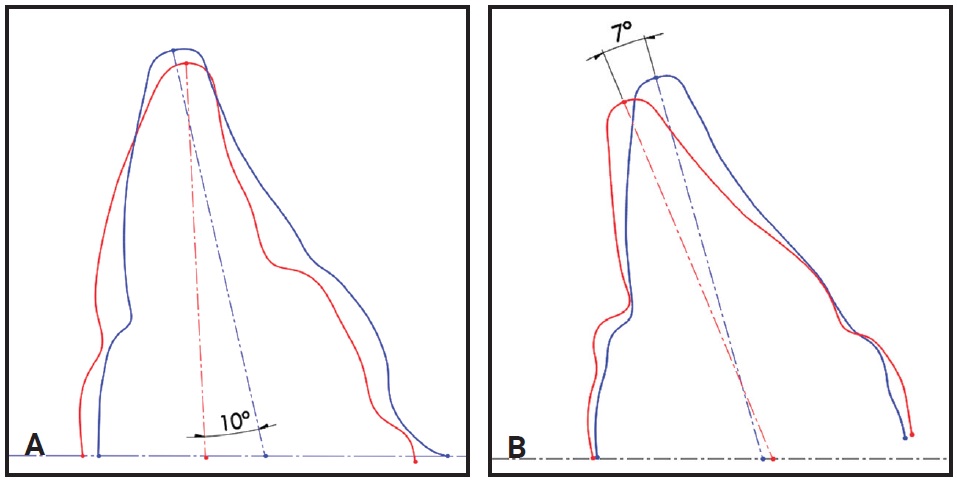 Few authors have evaluated torquing movements with clear aligners,6,7,9,23-25 and most of those have considered only crown positions. One study using CBCT superimpositions found uncontrolled tipping instead of torque23; two that attempted torquing movements of anterior teeth did achieve their predicted results.26,27 Zhang and colleagues integrated information from digital models and CBCT images to assess the accuracy of both crown and root repositioning during anterior tooth movement with clear aligners.6 They found substantial crown movement, minor apical displacement, and a significantly greater discrepancy in final root positions, suggesting that clear aligners are generally capable of only crown tilting movements.

Clear aligners are less able than fixed appliances to control root torque because elastic deformation at the gingival margin of the aligner can prevent the establishment of an effective force couple. Power Ridges*** and horizontal ellipsoid attachments have been used to produce upper incisor torque,24,25 however, and Power Ridges at the gingival margin have effectively resisted the root-twisting movements caused by anti-reaction torque (according to measurements of the crown positions from the virtual setups).7,9

In our patient, rather than bonding attachments or adding preactivated Power Ridges, we placed precise force-inducing divots in the aligners to obtain more bodily movement of the teeth. Since root positioning is accomplished with torque created by a couple with equal and opposite forces, the divots were situated on the gingival side of the labial surface and the incisal side of the lingual surface to achieve lingual root torque, and on the gingival side of the lingual surface and the incisal side of the labial surface for buccal root torque.16 By applying pressure on the target tooth, the divot initially holds the gingival margin of the appliance slightly away from the tissue; as the tooth moves, the appliance conforms. Divots can be created, modified, deepened, or eliminated at any time during treatment by using appropriate pliers. In this case, the root movements for the lower central incisors were achieved as planned in the 3D simulations, demonstrating the accuracy of the predicted root positions (Fig. 8).

Further studies are needed to clarify whether overcorrection of the virtually planned root positions would achieve even more precise clinical results. 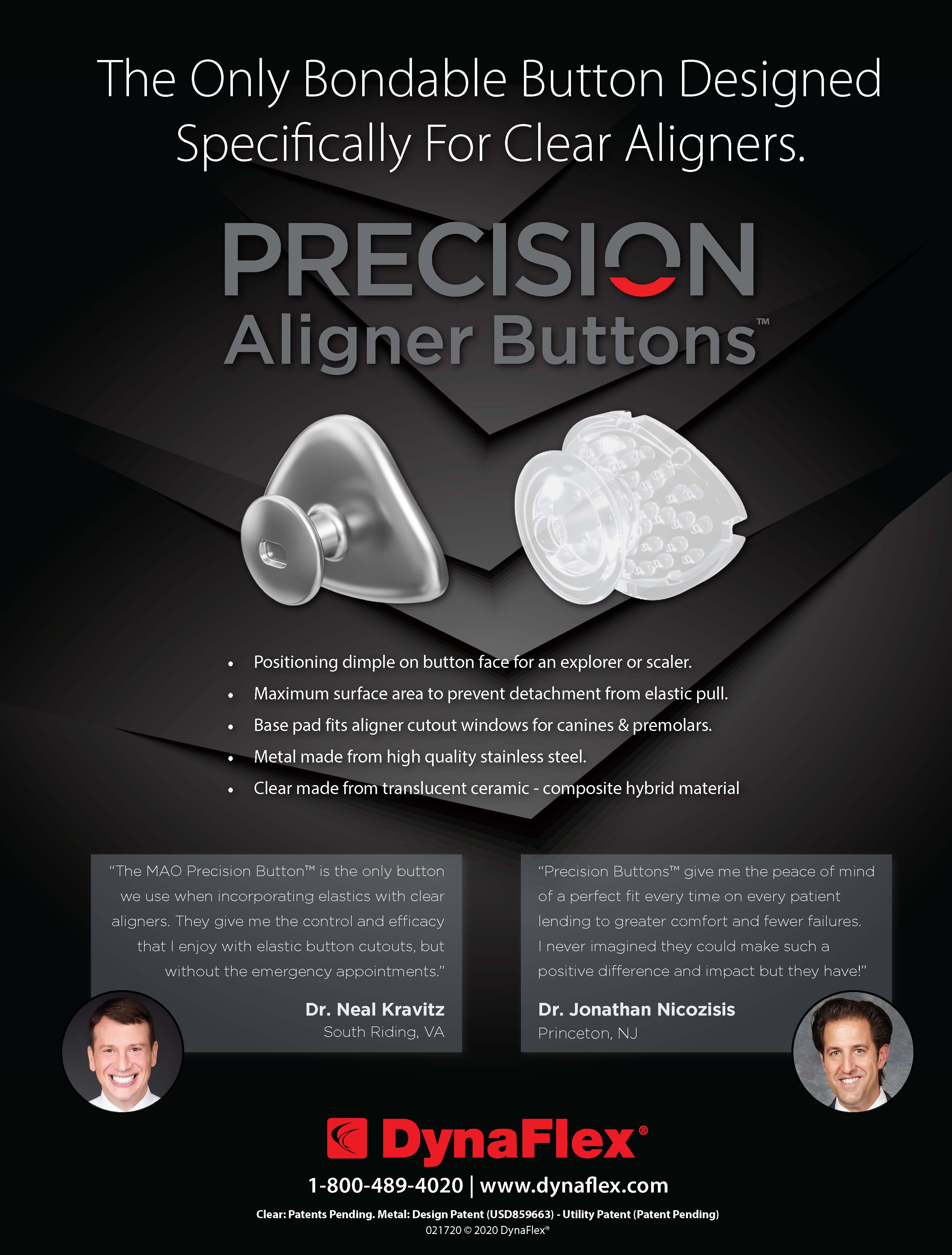 Fig. 6 Comparison of root positions before and after treatment. 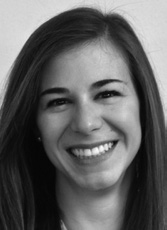 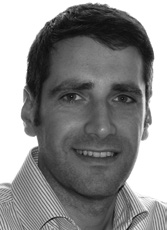 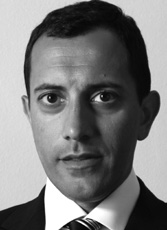