The first clinics dedicated to sleep medicine appeared in the 1970s, primarily for the treatment of obstructive sleep apnea (OSA). Caused by complete or partial obstruction of the upper airway, OSA is characterized by repetitive episodes of shallow or paused breathing during sleep. These episodes are called apneas (literally, “without breath”), defined as at least a 90% drop in airflow for 10 seconds or longer.1 A hypopnea, involving at least a 30% drop in airflow for 10 seconds or longer, is associated with more than 3% blood oxygen desaturation. To be categorized as obstructive, the episodes must be accompanied by snoring, increased oronasal flow flattening, and/or thoraco-abdominal paradoxical respiration.2 It is often the snoring that leads a patient to seek treatment. When the apneas and hypopneas are accompanied by sleepiness and other daytime symptoms, the problem is known as obstructive sleep apnea-hypopnea syndrome.3

Although orthodontists have noted improvements in upper airway dimensions as a result of their treatment since the early days of the specialty, it was not until the last 20 years or so that the airway became a direct treatment objective. Techniques such as rapid maxillary expansion were initially explored as means to correct anterior open bites by the elimination of obligate mouthbreathing. Clinicians noted that when the upper airway was expanded and the open bites were resolved, the patients or their parents also mentioned that the snoring was “cured.”

Our Contributing Editor, Dr. Sarah Shoaf, was one of the first orthodontists to participate extensively in the multidisciplinary treatment of OSA. Since most of us who were educated as orthodontists prior to 2000 did not receive any training in the treatment of sleep apnea, Dr. Shoaf’s 2006 JCO Overview can still serve as a useful introduction to the topic.4

In this month’s issue, Drs. Shunsuke Uesugi, Toshihiro Imamura, Ikuo Yonemitsu, and Takashi Ono of Tokyo Medical and Dental University present the case of an adult patient with a severe skeletal Class II malocclusion and OSA symptoms who was successfully treated using a combination of surgical maxillomandibular advancement and orthodontics. While similar cases have previously been reported, there has been a dearth of material with long-term follow-up. Dr. Uesugi and colleagues evaluated three-dimensional changes in their patient’s bone and upper airway configurations and respiratory function for three years after the maxillomandibular advancement, using cone-beam computed tomography. Some of the findings were unexpected and could be interpreted as unfavorable. Overall, however, the positive outcome reemphasizes the importance of the orthodontist’s role in multidisciplinary treatment of OSA. It would behoove all of us in the specialty to become more familiar with this field, which is rapidly becoming an integral part of clinical orthodontics. 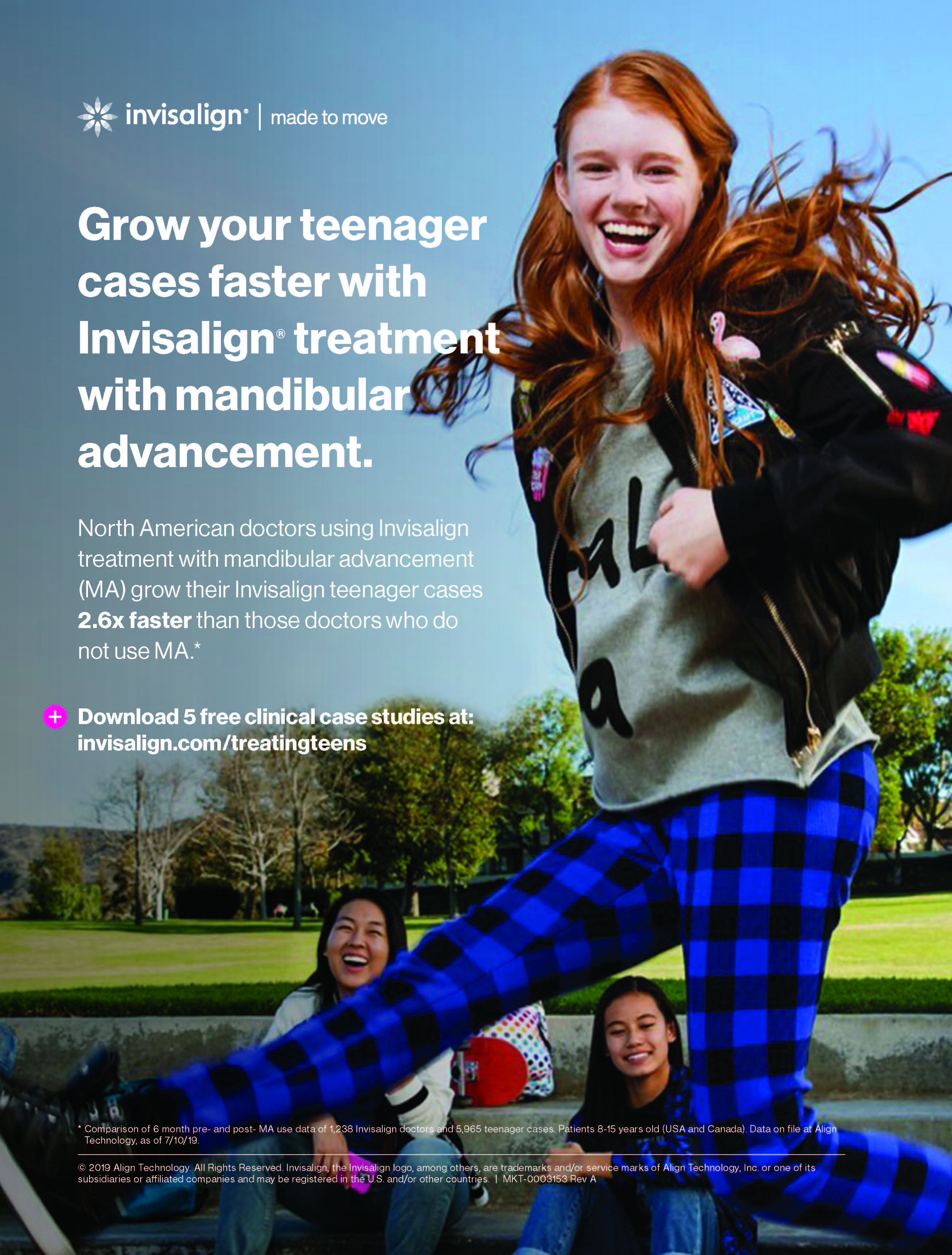