Patients with dental anomalies or eruption problems present many challenges for orthodontists. The need for extended treatment time, as well as the complexity of mechanics required to avoid adverse effects on neighboring teeth,1,2 should be carefully considered before starting orthodontic therapy. A well-designed and precisely timed treatment plan is essential.

A missing lower incisor has been associated with occlusal consequences including excessive overjet and overbite, midline deviation, and difficulty in attaining a bilateral Class I canine relationship.3 Such cases can be further complicated by concomitant impacted teeth. Orthodontic management of these patients calls for a wide variety of mechanics, along with appropriate skeletal and conventional anchorage planning,4 as the following case demonstrates.

A 16-year-old female presented with the chief complaint of misaligned upper front teeth. Clinical examination showed balanced extraoral facial features and no significant facial asymmetry (Fig. 1). The patient exhibited lip competence at rest and normal upper incisor display in smiling, with a slightly convex profile. The molar relationship was Class I on both sides, while the canine relation was a half-unit Class II on the left and unclassified on the right, due to an unerupted upper right canine. Both lower second premolars were also unerupted. The overjet was 5mm, and the overbite covered 60% of the lower incisors. The upper right and left first premolars were in buccal crossbite, and the upper first premolars were both rotated. Mild crowding—1.5mm in the upper arch and 1mm in the lower arch—was noted. The upper midline was deviated 4mm to the right, and the lower midline 2mm to the right.

The panoramic radiograph revealed congenital absence of the lower left lateral incisor and both lower third molars, in addition to the impaction of the upper right canine and both lower second premolars. Functional examination found no abnormal TMJ signs or symptoms. The patient had no visible active carious lesions except for small amounts of soft deposits on the lingual surfaces of the lower incisors. 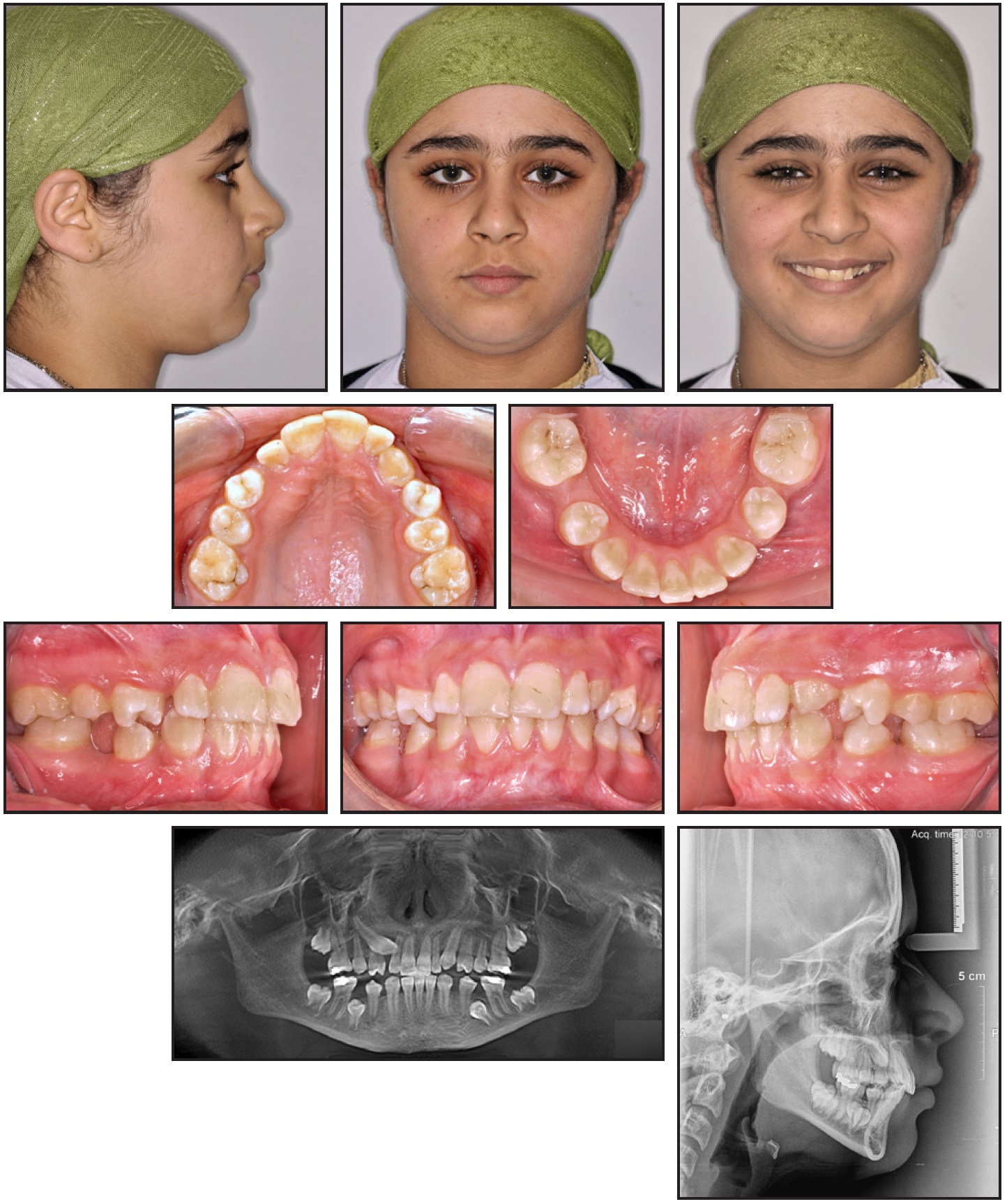 Cephalometric analysis showed normal SNA (84°) and SNB (79º) angles (Table 1). The ANB angle (5º) indicated a mild skeletal Class II dental-base relationship, as confirmed by the Wits appraisal (+2mm). The maxillomandibular angle (25°) denoted a normal vertical pattern. The upper (114°) and lower (97°) incisor angles were at the upper limits of the normal range, but the nasolabial angle (116°) was normal. 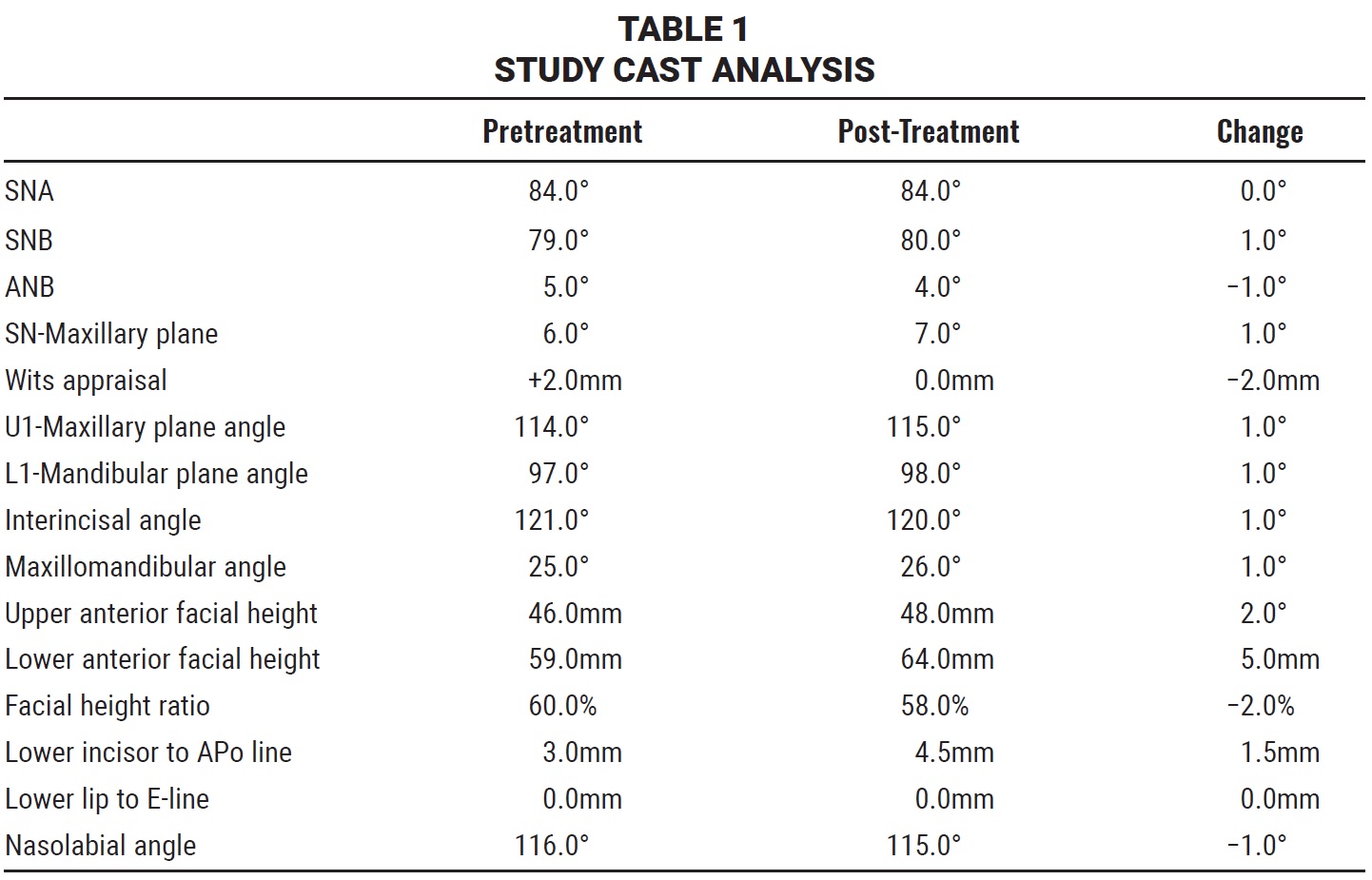 Cone-beam computed tomography (CBCT) was used for accurate localization of the impacted teeth.5 We observed a delayed root formation of most teeth, especially the impacted lower second premolars and all four second molars, which were also delayed in eruption. The impacted upper right canine was located palatal to its normal position and slightly toward the midline, palatal to the right lateral incisor.

The main treatment objectives were to establish normal positions of the misaligned and rotated teeth, attempt forced eruption of the unerupted teeth, close the space of the missing lower lateral incisor, correct the midline discrepancy and crossbites, achieve a Class I canine relationship, normalize the overjet and overbite, and retain the corrected results.

Upper and lower Roth-prescription .022" × .028" brackets were bonded, and a transpalatal arch was cemented between the upper first molars to reinforce anchorage.6 A lip bumper was placed in the lower arch to upright and distalize the lower first molars without undue flaring of the lower incisors.7 Derotation of the upper first premolars was started with elastic chain between bonded lingual buttons on the premolars and soldered attachments on the upper first molars (Fig. 2). After five months of leveling and alignment with flexible .014" nickel titanium archwires, both arches were stabilized with .017" × .025" stainless steel wires.

The palatally impacted upper right canine was surgically exposed with a palatal flap. A button was bonded to its lingual surface, and a ligature wire was wrapped around the button head to act as a means of attachment after flap closure (Fig. 3). 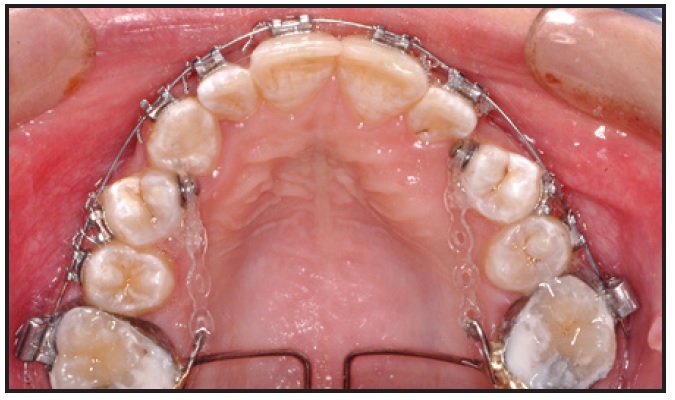 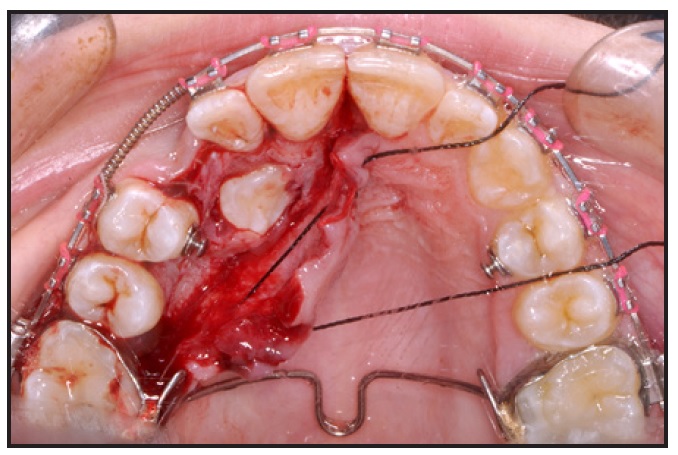 An upper .016" stainless steel wire with a ballista spring8 was inserted through the auxiliary first-molar tube, and the spring was connected to the ligature wire to aid in eruption of the canine9 (Fig. 4).

The impacted lower right second premolar was surgically exposed with a buccal flap, and a button was bonded to its buccal surface for occlusal traction with overlay flexible nickel titanium wires (Fig. 5). 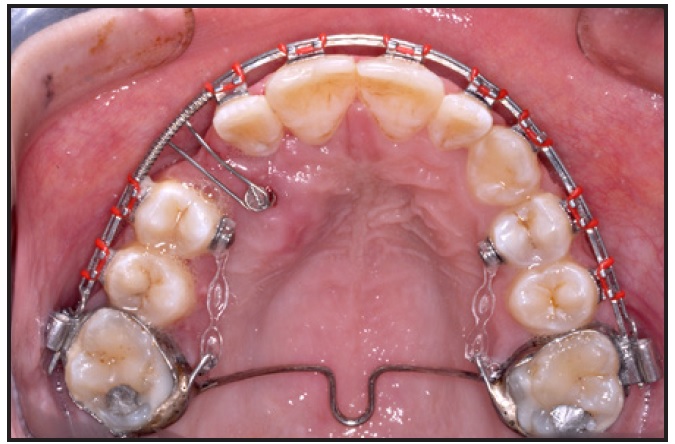 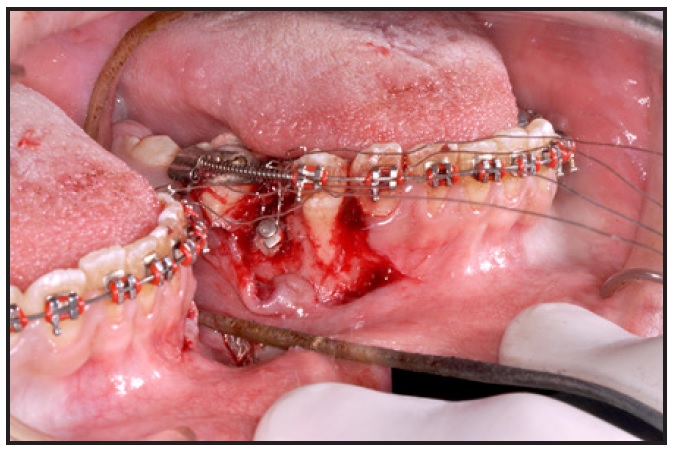 After two months of eruption, a couple was applied for derotation of the premolar (Fig. 6). 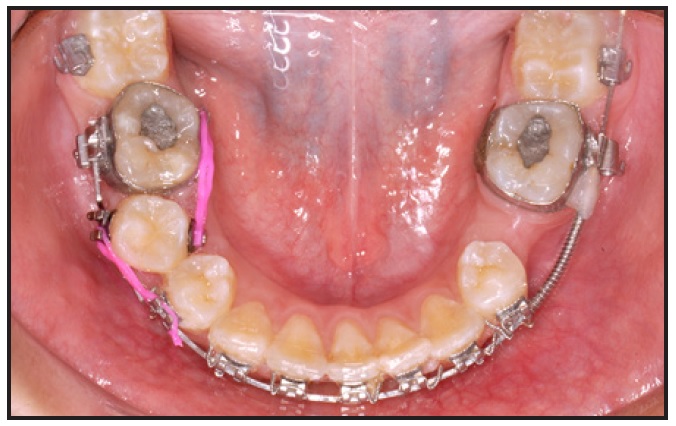 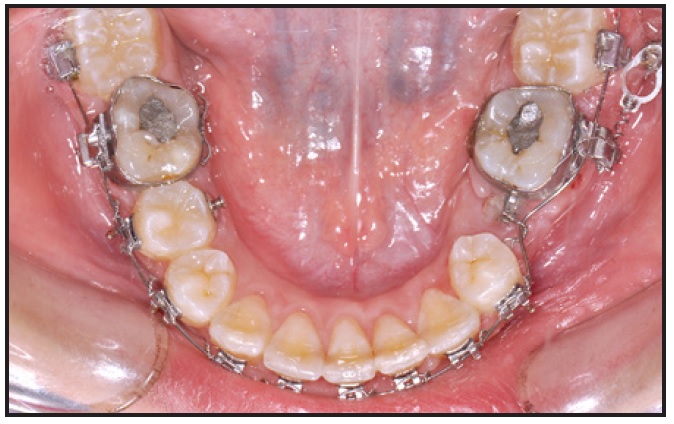 A distobuccal force was applied to the upper right canine using elastic chain extending from the archwire, just mesial to the upper right first premolar, to the canine bracket (Fig. 8). Treatment was finished with five months of detailing for midline correction and interarch coordination. Total treatment time was 25 months.

A 3-3 upper lingual retainer was bonded to secure the positions of the anterior teeth and maintain the stability of the erupted canine. A clear acrylic overlay retainer (1.5mm thick) was delivered to retain the alignment of the derotated upper first premolars. In addition, circumferential supracrestal fiberotomies were performed on the derotated and erupted teeth. A 3-3 lower bonded retainer with a thermoformed overlay retainer was considered mandatory to maintain the stability of the corrections in the lower buccal segments. 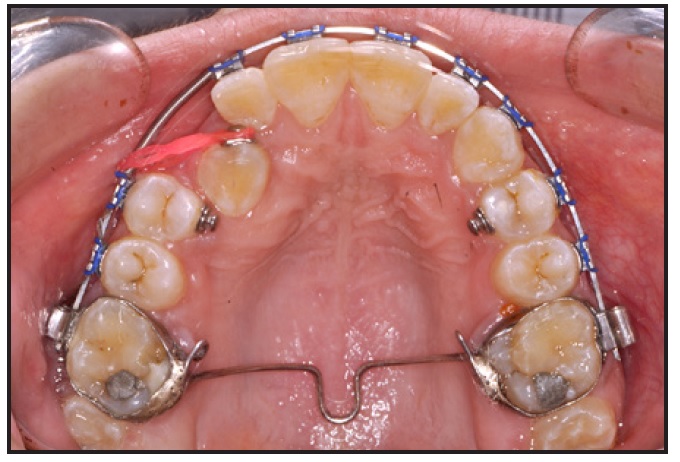 All treatment objectives were accomplished, and the patient was delighted with the outcome (Fig. 9). A well-aligned occlusion was achieved, with Class I molar, canine, and incisor relationships. The preexisting dental compensation for the missing lower central incisor, in addition to the minor treatment-induced proclination of the lower buccal segments, helped normalize the overjet and overbite. A slight intrusion and distal tipping of the upper right lateral incisor and first premolar was caused by the traction of the upper right canine, but this was corrected in the final leveling and alignment. The inclination of the upper and lower incisors increased by only 1°, remaining within the normal range (Table 1). The upper and lower incisors were in good contact, with an interincisal angle of 120°. 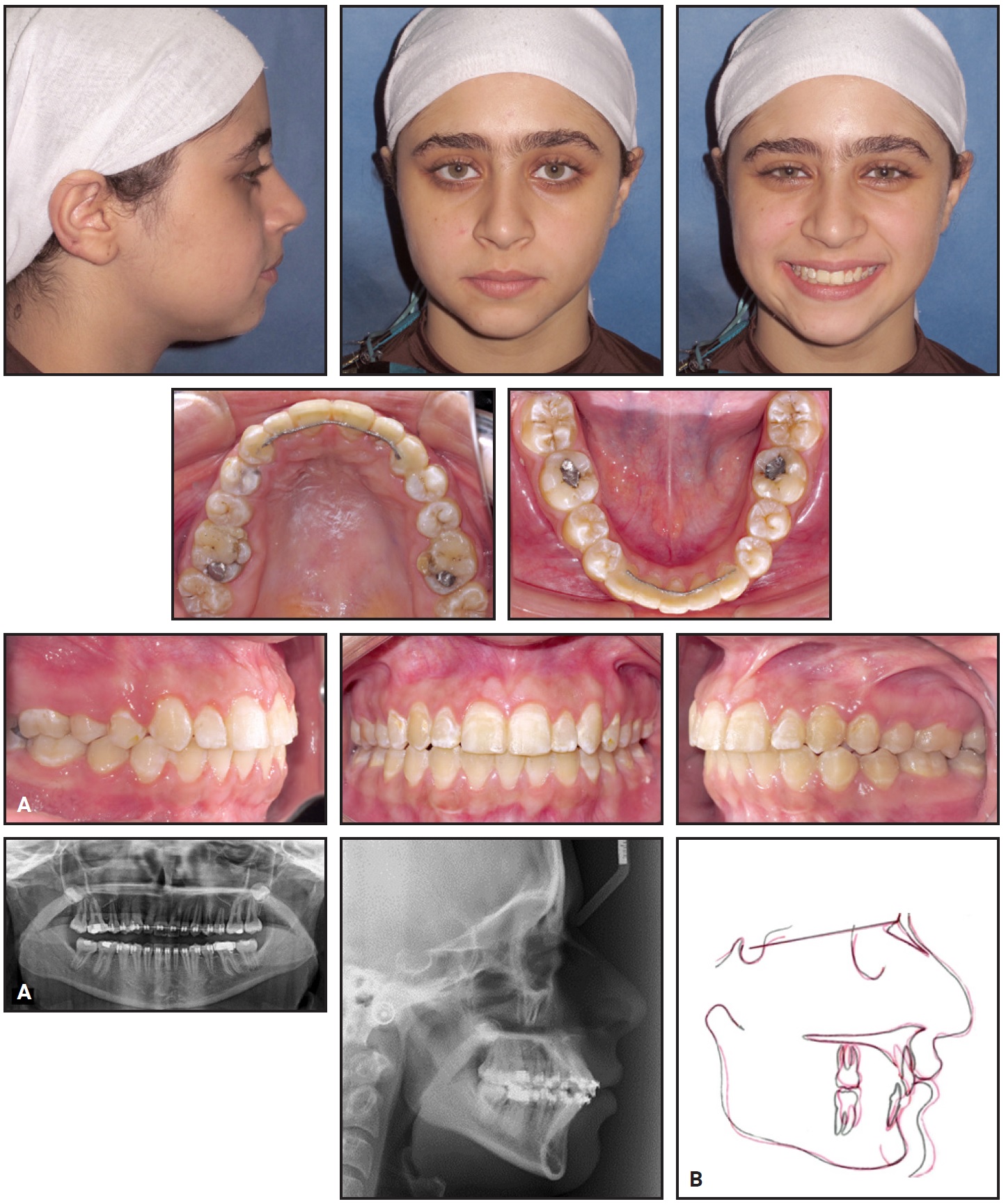 Fig. 9 A. Patient after 25 months of treatment. B. Superimposition of pretreatment and post-treatment cephalometric tracings.

The periodontal attachments exhibited a normal contour around the orthodontically erupted teeth. The forcibly erupted upper right canine settled in an unesthetic position, however, because of the abnormal shape of its crown. In addition, a minor decalcification mark was evident in the cervical third of the lower left first-molar crown. A restorative dentist confirmed that no cavitation was present and that only regular check-ups would be required.

Clinically, the patient’s smile was improved by aligning the upper incisors, thus addressing her chief complaint. The anteroposterior skeletal relationship changed slightly with a 1° increase in SNB, which caused an improvement in the ANB angle from 5° pretreatment (skeletal Class II) to 4° post-treatment (skeletal Class I). This increase in SNB could be explained by the minor proclination of the lower buccal segments, in addition to a possible alveolar expansion produced by the lower lip bumper. The maxillomandibular angle increased by 1°, and the lower facial height also increased, as would be expected based on the mechanics aimed at eruption of the lower second premolars, which caused the mandible to rotate downward and backward.

The incidence of impacted maxillary canines is around 2%, with the impaction being palatal in 61% of these cases, in line with the arch in 34%, and labial in 4.5%.10 The combination of impacted permanent teeth with congenitally missing teeth, as in the present case, can complicate orthodontic treatment planning, since the missing teeth will create a tooth-size discrepancy in one arch.11

In our case, a nonextraction approach was chosen to achieve normal overjet and overbite without replacing the absent lower left lateral incisor. The space closure would have the added advantage of preserving alveolar bone and thus avoiding the need for a permanent prosthesis. This decision was confirmed by the absence of a Bolton discrepancy between the upper and lower anterior segments—attributable to the reduced mesiodistal dimensions of the upper lateral incisors.

Our treatment plan involved a diversity of mechanics, including springs in the upper arch and flexible nickel titanium wires in the lower arch for eruption of the impacted teeth. Various means of anchorage reinforcement were used in different stages of treatment. For conventional anchorage, a transpalatal arch was placed in the upper arch,6 and a lip bumper was used in the lower arch to upright and distalize the first molars without undue flaring of the incisors.7 In addition, both arches were stabilized with .017" × .025" stainless steel archwires during traction of the impacted teeth. Skeletal anchorage from a retromolar mini-implant was used for distalization of the lower left first and second molars in the later stages of treatment, preventing any further proclination of the lower incisors from the reaction forces of the conventional mechanics.

Because the crown of the impacted upper right canine was palatal to the root of the upper right lateral incisor, it was forced to erupt palatally to minimize any root damage to the incisor. To apply a light extrusive force, a ballista spring8 was attached to a lingual button on the impacted canine. Traction of the lower premolars into the arch was accomplished with overlay nickel titanium wires, using the closed-eruption technique.

Although there is no clear evidence to support a closed surgical technique over an open technique in terms of dental health, esthetics, economics, or other patient-related factors,12 we chose the closed approach for both the upper right canine and the lower premolars. Of course, the situation is quite different with labially impacted canines, where the closed technique has been associated with increased treatment times and lack of control due to poor visibility.13 On the other hand, an apically repositioned flap has been found to induce gingival scarring with subsequent relapse; in addition, it is difficult to apply with impacted teeth that are higher than the mucogingival junction or deep in the alveolus.9 In the present case, apically repositioned flaps would have created areas of denuded bone and required the insertion of periodontal packs for a long period, increasing the patient’s discomfort. The teeth were also impacted deep in the alveolar bone, further supporting a closed eruption approach. 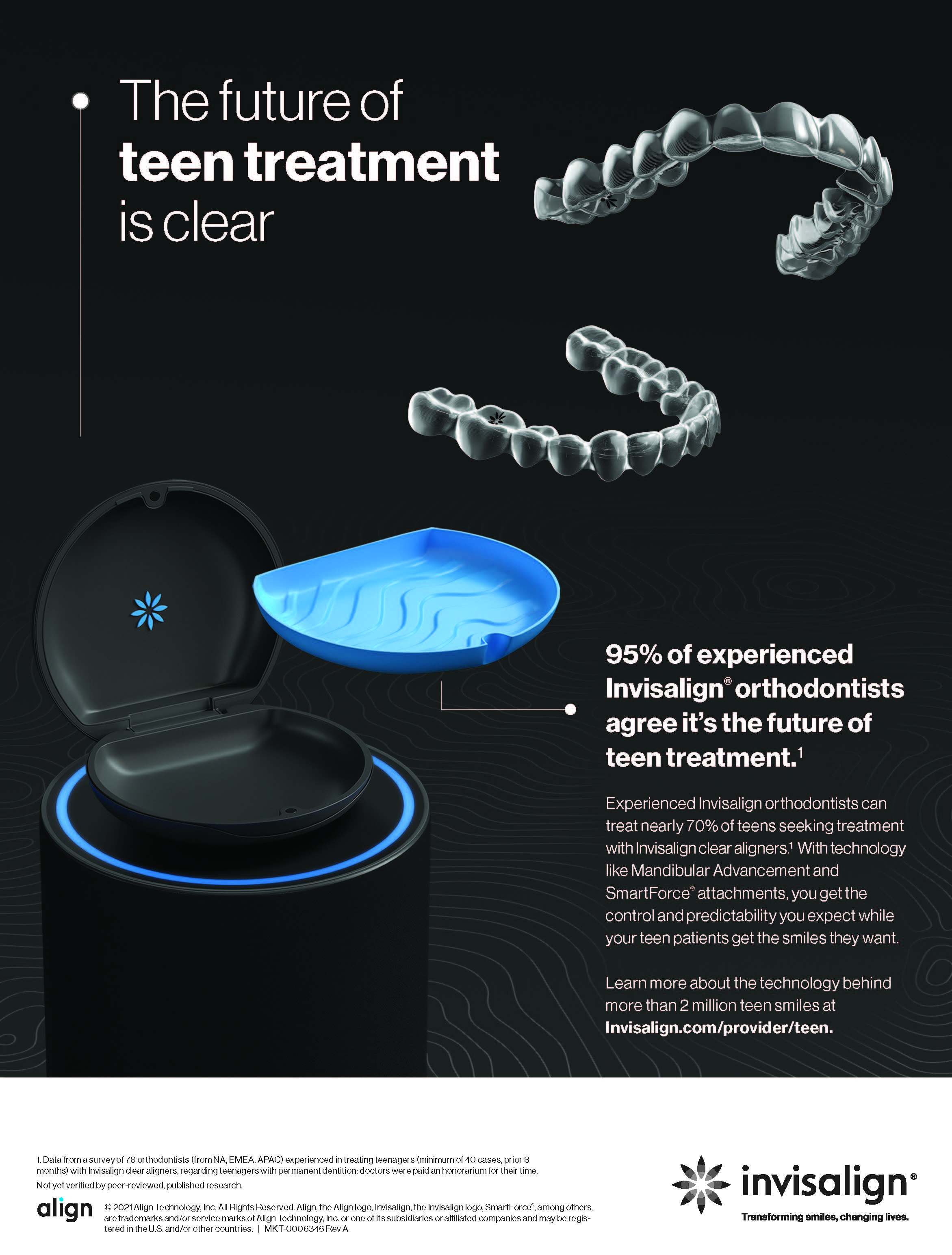 Fig. 9 A. Patient after 25 months of treatment. B. Superimposition of pretreatment and post-treatment cephalometric tracings. 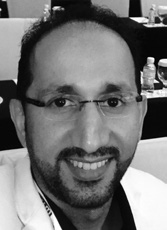 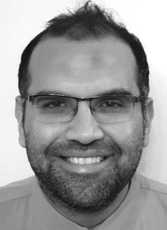 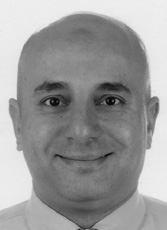 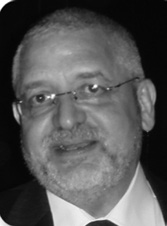