The Rise of 3D Printers

My March 2020 Editor’s Corner, entitled “The 3D Printing Revolution,” was written just after the first time I witnessed a 3D printer being used routinely in a private orthodontic practice. My initial exposure to 3D printing actually occurred several years earlier, while I was a full-time professor of orthodontics at the University of Southern California. One of my adult patients at the time, a professor of mechanical engineering at USC’s Viterbi School of Engineering, was involved in research that led to the widespread implementation of 3D printing in general manufacturing. He was the first person who suggested to me that we could utilize 3D printing in orthodontics as well. As I told him at the time, sadly, while I was intrigued by the prospect, my teaching and patient-care loads were such that I could not devote the amount of time that his project would have required. I probably missed a golden opportunity. Fortunately, others did not.

The first 3D-printed orthodontic appliance that I personally saw being fabricated was a simple plastic bite plate—a straightforward application of the technology. In a short period of time, 3D printing has revolutionized the manufacture of clear aligners and increasingly complex appliances. Today, 3D-printed active metallic appliances have become a reality, bringing the future of laboratory wirebending and soldering into question. I concluded that 2020 Editor’s Corner with the following statement: “With more and more laboratories accepting scans rather than impressions, intraoral scanning and 3D printing are fast becoming the dominant laboratory techniques in the industry. I have no doubt that CAD/CAM and other computer-based technologies will continue to advance at an exponential rate.” That prediction turned out to be correct.

As I visit various orthodontic practices around the United States, I see more and more 3D printers in private offices. I don’t remember the last time I visited a large, multispecialty group practice that did not routinely use 3D printing technology. I’ve been expecting to see these printers being used primarily for study models, but I find many practitioners coming up with more creative applications, even beyond the scope of my imagination.

From an orthodontic editor’s point of view, a formal survey investigating the many uses of 3D technology in orthodontic practice has been increasingly appealing. Sure enough, we recently received such a study, as conducted by Drs. Emily Poulos, Julie Barrons Olsen, and Jae Hyun Park from the Arizona School of Dentistry & Oral Health at A.T. Still University. The results appear in this issue of JCO.

The stated aim of the authors’ survey was “to investigate the use of in-house 3D printing by practicing orthodontists and academic residency programs.” Their findings indicate a widespread and growing use of 3D printing in orthodontics, whether in academic institutions or in private practice. Drs. Poulos, Barrons Olsen, and Park found that 79% of the responding graduate programs owned at least one 3D printer, and that even more departments (85%) were providing some training in 3D printing technology. The survey also tabulated the most popular printer brands and software programs among both private orthodontists and academic programs. Since a 3D printer represents a considerable investment, this information is not merely interesting, but could prove quite valuable to anyone considering a purchase.

Corroborating my 2020 prediction of increased printer usage in private practice, the authors found 97% of their respondents projecting a continued rise in the application of 3D printing. Like other relatively recent orthodontic innovations, such as clear aligners and miniscrew anchorage, 3D printing is obviously here to stay. 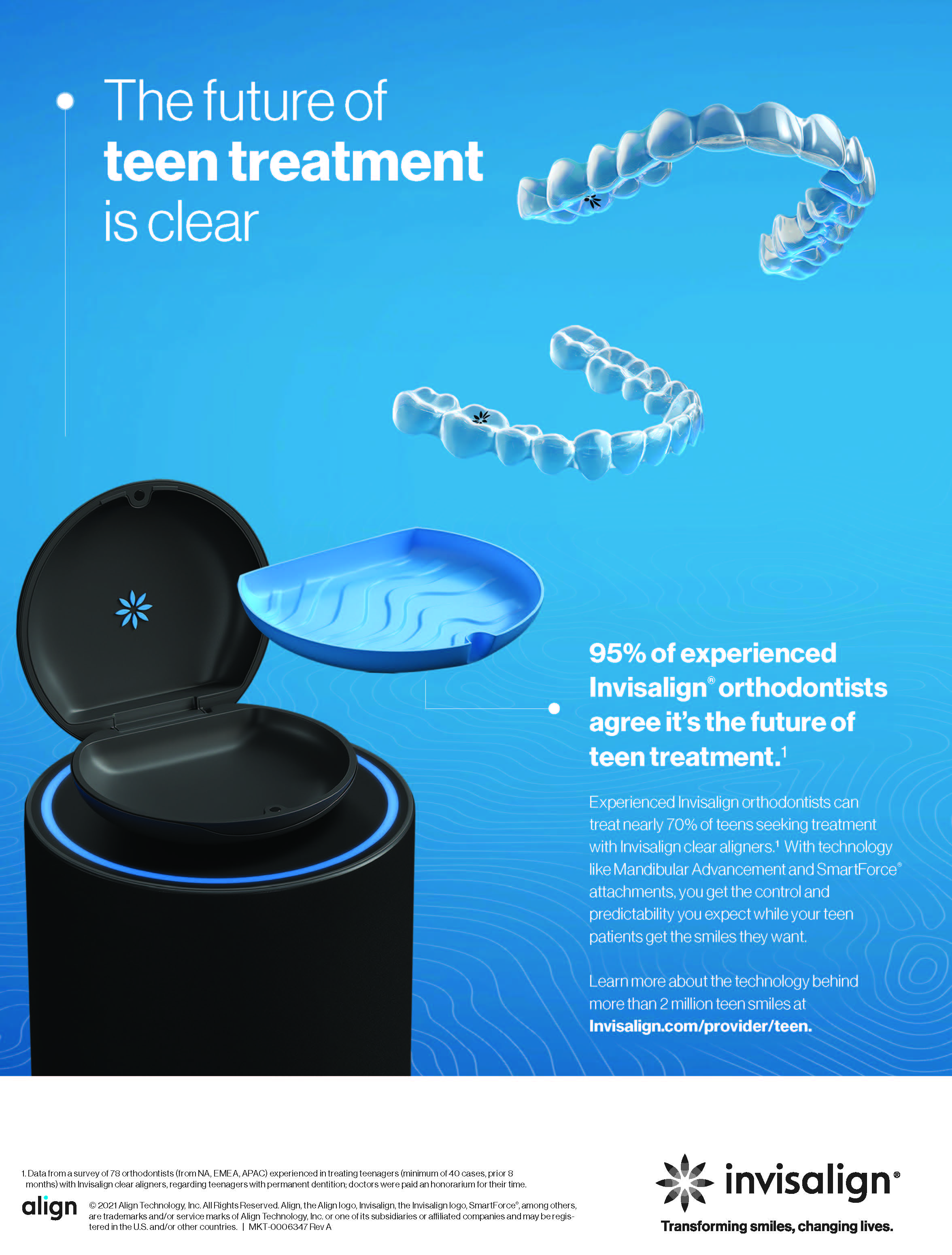