The Non-Helix Appliance: An Alternative to the Quad Helix

Dr. Walter Coffin introduced the Coffin appliance in 1881 as a removable expander for constricted arches.1 The “W” arch, a modification of the Coffin appliance, incorporated fixed anchorage with the arch soldered to molar bands. Two helical loops were then added, and eventually two more helical loops, to improve flexibility and force duration. Thus, the evolution of the Quad Helix* appliance, which is usually constructed of .030" or .036" round stainless steel wire.

When the expander is soldered to molar bands, either it must be adjusted intraorally or the cemented bands must be removed and recemented after adjustment. This problem was resolved by attaching the appliance to lingual sheaths, which were already being used for removable lingual arches. Still, the helices were notorious for being “flavor savers” because they were good at catching food particles. A patient never complained when expansion was completed and the Quad Helix was removed.

A cemented rapid palatal expander (RPE), while effective, introduces other difficulties. Intraoral adjustment is now done by inexperienced parents, who need to tie floss to the adjustment wrench to facilitate retrieval if the child should swallow it.2,3 Removal of the RPE is celebrated by everyone except the person performing the removal. The expanded but still mesially rotated molars must then be addressed, as well as the expanded but V-shaped palatal arch—usually requiring fixed appliances.

Enter the non-helix, a comfortable “non-food-catcher” appliance constructed from .036" round beta titanium wire (Fig. 1). The lateral expansion arms of the appliance are adapted to the lingual aspects of the dentition (Fig. 2). The palatal portion is bent over the lateral arms and then rounded anteriorly to fit the shape of the arch, just lingual to the anterior teeth.

A V-shaped arch can easily be “fan expanded” to correct any mesial rotation of the upper first molars. Like the transpalatal arch introduced by Cetlin,4 the non-helix appliance can be adjusted to produce a distal force on the contralateral molar, or even bilateral expansion and distalization. For bite opening, an anterior orthotic biteplane can be added to the appliance with light-cured Triad Gel** (Fig. 3). The material can be slanted, similar to a fixed bionator, for Class II correction. 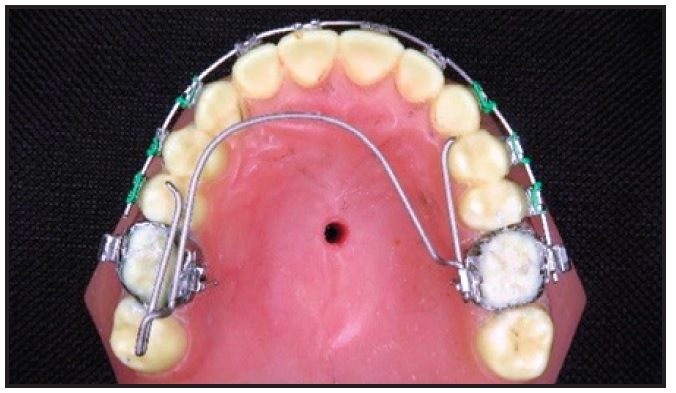 The non-helix is easily detached from the lingual sheath by engaging an angled ligature cutter and rotating it against the mesial aspect of the molar (Fig. 4). Adjustments take about five to 10 minutes. The non-helix is then replaced with a “click” using a lingual arch plier.

Fig. 4 Appliance removed from lingual sheath by engaging angled ligature cutter and rotating it against mesial aspect of molar. 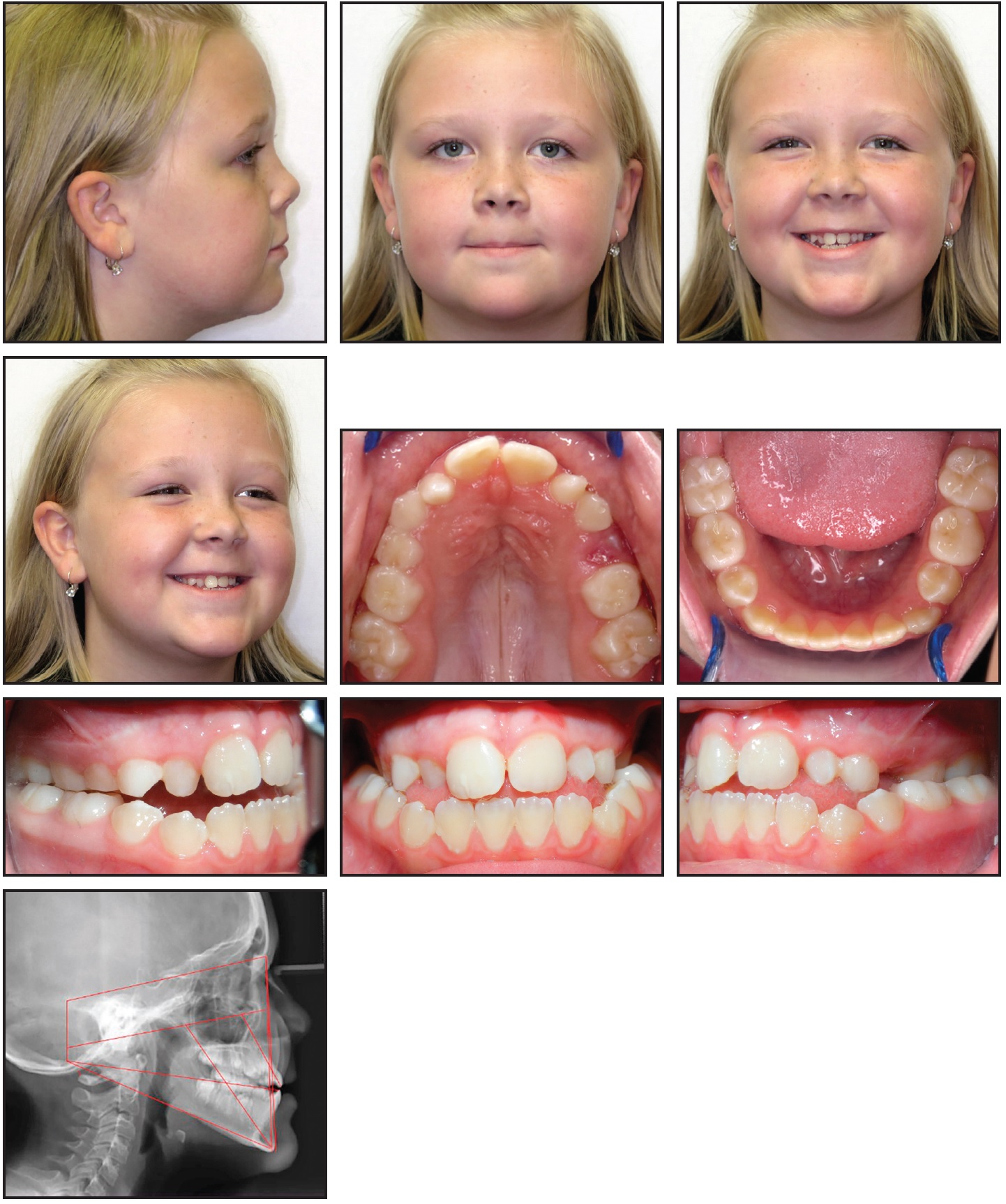 She exhibited a bilateral posterior crossbite and an anterior open bite secondary to a tongue-thrust habit (Table 1).

Interceptive Phase I treatment was planned to correct the posterior crossbite. The upper and lower first molars were banded with lingual sheaths for placement of a maxillary non-helix appliance and a mandibular lingual arch. The upper and lower incisors were indirectly bonded with .018" brackets, and lingual tongue spurs were bonded in the lower arch.

Since the upper first molars were rotated, the non-helix appliance was preadjusted for distal rotation as well as expansion (Fig. 6).

Fig. 6 A. Non-helix appliance preadjusted for expansion and molar rotation, with doubled-back wire more flared on left side. B. Left internal rotation of palate.

The doubled-back portion of the non-helix was more flared (less vertical) on the left side because the left palatal bone was more vertical (internally rotated) than the right palatal bone. This could have made the left side more resistant to equal bilateral expansion, possibly resulting in a canted occlusal plane with unequal pressure on the TMJs. Lighter, more prolonged force would encourage an external rotation of the left palatal bone in addition to the required expansion. The expansion of the left maxillary constriction was encouraged by the initial use of a reverse crossbite elastic from the buccal side of the upper right first molar to the lingual side of the lower right first molar.

The crossbite elastics were discontinued after about six weeks, and the lower lingual arch was removed after five months of treatment. Class III elastics were prescribed about seven months into treatment and worn until the non-helix was removed.

After one year of Phase I treatment, the Class III skeletal and dental relationships were corrected, along with the bilateral posterior crossbite (Fig. 7). 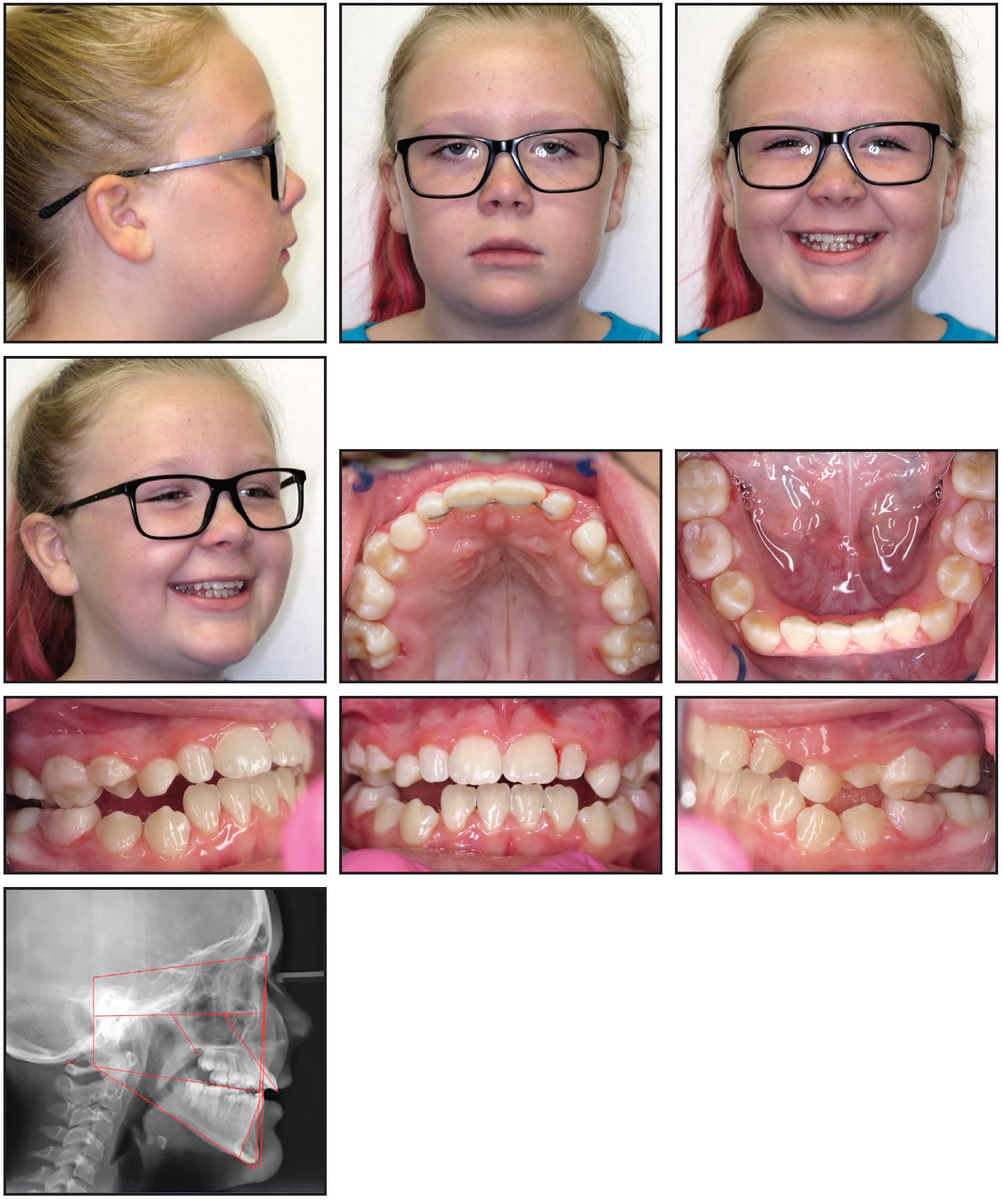 Fig. 7 Patient after one year of Phase I treatment.

The upper second deciduous molars were over­expanded by means of first-molar rotation to avoid relapse and to provide a better eruption pathway for the succedaneous upper second premolars. The internally rotated left palatal bone appeared to be corrected into a more external rotation—an outcome that could not have been achieved with a conventional fixed RPE. Phase II treatment with fixed appliances would be considered after eruption of the full permanent dentition.

The post-treatment cephalometric x-ray revealed one disturbing change. The cervical spine in the pretreatment image showed the posterior arch of the first cervical vertebra (C1) in close proximity to the occiput. This could interfere with blood flow through the vertebral artery, which feeds the inner dura and brain as an accessory to the carotid artery. After treatment, the posterior arch of C1 was 1mm closer to the occiput (the space should normally measure 9-12mm), and the patient had developed a kyphosis of the cervical spine. The parents speculated that this may have resulted from excessive texting with the phone in the patient’s lap. She was referred for a cervical spine evaluation.

Fig. 4 Appliance removed from lingual sheath by engaging angled ligature cutter and rotating it against mesial aspect of molar.

Fig. 6 A. Non-helix appliance preadjusted for expansion and molar rotation, with doubled-back wire more flared on left side. B. Left internal rotation of palate.

Fig. 7 Patient after one year of Phase I treatment. 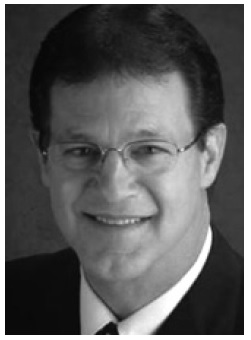