Although I enjoy every aspect of clinical orthodontics, I must admit to an absolute fascination with orthognathic surgery cases. This began way back in my freshman year of dental school, when an overview on the subject appeared in the Journal of the American Dental Association. I remember thinking, “Wow, dentists do that?!” Shortly afterward, I sat though my first lecture on the correction of severe malocclusions and craniofacial anomalies by a combination of orthognathic surgery and orthodontics. I was deeply impressed by the changes brought about in patients’ appearance and self-esteem through the teamwork of orthodontists and oral and maxillofacial surgeons.

While each and every surgical case is unique, there are some similarities among all such treatments. During most of my career, after the initial examination, case workup, and pretreatment conference involving all members of the team, the patient would undergo 18-24 months of presurgical fixed-appliance orthodontics, followed by the requisite surgery and then six to 12 months of “finishing” orthodontics, still in the braces. This sequence worked quite well, and the outcome was generally predictable. The major drawback was the presurgical treatment, commonly referred to as orthodontic “decompensation.” I always explained this to the patient in nontechnical language, saying that the underlying problem involved an incorrect relationship between the upper and lower jaws. As the teeth came in, they tried to “compensate” for this poor relationship by growing into positions that, while technically wrong, gave the patient the best “fit” for chewing. Before surgery could be performed, I had to “decompensate” by putting the teeth into the correct places relative to their own jaws. The surgeon would then position the two jaws in the proper relationship to each another, and I would do the “finish work” of detailing the occlusion and appearance of the teeth. This seemed to make sense to the patients, who, if they were at all interested in surgery, were generally receptive. There was always that catch, however, when I explained to them, again using lay terminology, that their appearance would temporarily worsen during the decompensation period. I had several patients decline treatment at that point.

One way to address the problem, of course, would be to do the surgery without any orthodontic decompensation, thus correcting the maxillomandibular relationship before treating the patient as a conventional orthodontic case. This “surgery-first” approach has been championed over the past decade—often in the pages of JCO—by Japanese authors such as Drs. Junji Sugawara, Hiroshi Nagasaka, and Hiroshi Kawamura, and by the University of Connecticut orthodontic department, led by Dr. Ravindra Nanda.

At the same time, we have witnessed the most important esthetic advancement in the modern history of orthodontics: clear aligners. I have treated several orthognathic surgical cases with Invisalign, but I always followed the traditional sequence of presurgical orthodontics, surgery, and postsurgical orthodontics, just as I had done with fixed appliances. Considering that both “surgery-first” orthognathics and aligner orthodontics have unquestionable esthetic advantages from the patient’s perspective, however, the combination of the two was probably inevitable.

In this issue of JCO, the UConn team—including Dr. Nanda and Drs. Joy Chang, Derek Steinbacher, and Flavio Uribe—presents a remarkably successful Class II surgical case in which the patient had undergone camouflage orthodontic treatment as an adolescent, without correction of her skeletal relationship. As a young adult, she was so dissatisfied with her appearance that she was willing to accept a surgical plan, but she wanted her facial esthetics to be minimally compromised throughout treatment. I think you will agree that the authors achieved that goal in an enviable fashion. It would not surprise me in the least if this “surgery-first”-Invisalign combination became the most common approach, representing a paradigm shift in surgical-orthodontic treatment. 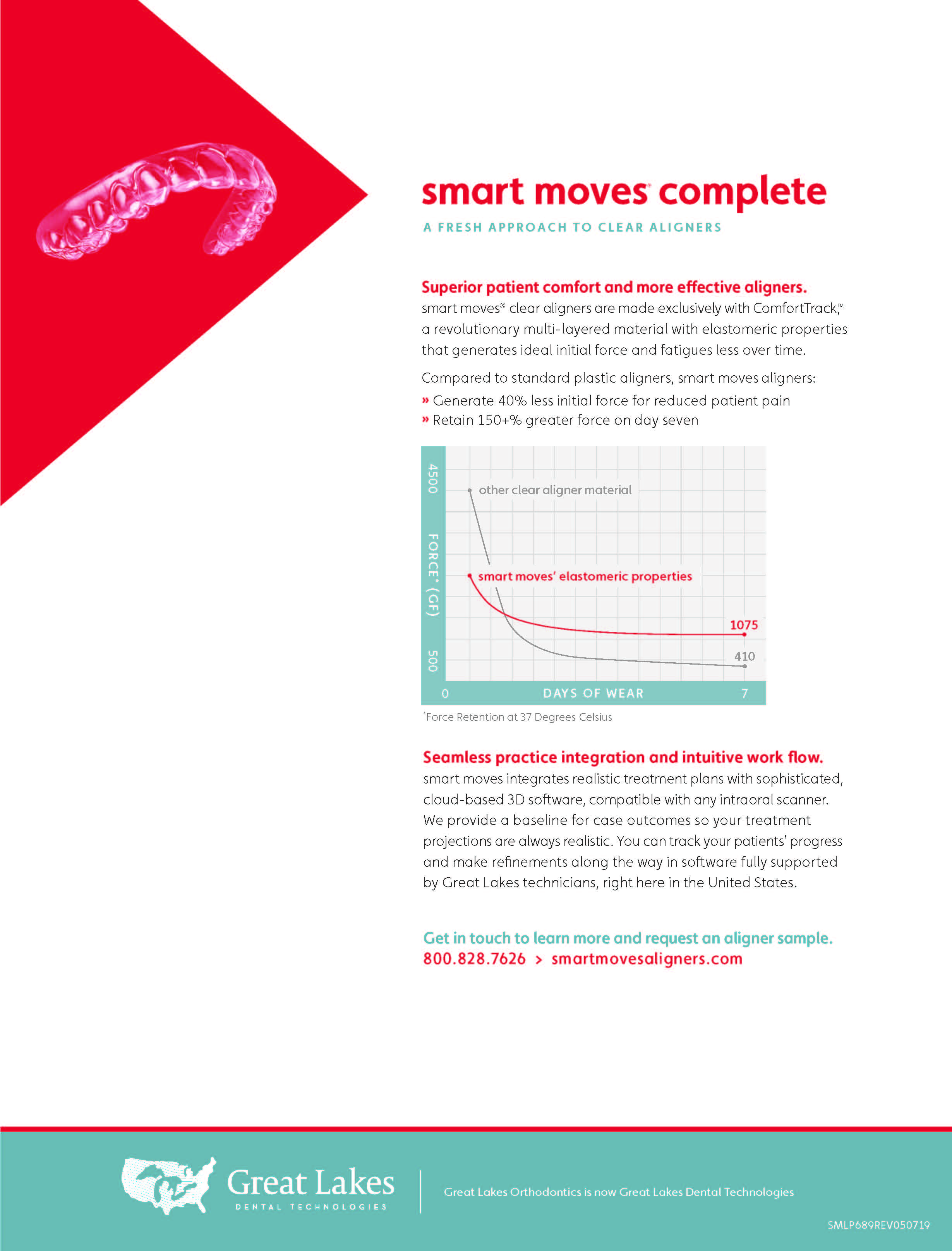