Skeletal Class III anteroposterior discrepancies in adult patients are generally managed either by surgical-orthodontic treatment or by orthodontic camouflage through dentoalveolar compensation.1,2 If the anteroposterior discrepancy is severe, orthognathic surgery can produce a better skeletal relationship by repositioning the bony bases. Presurgical orthodontic treatment is designed to properly situate the teeth within the alveolar process.3,4

Because compensatory treatment cannot substantially improve the profile,1-3,5 most authors recommend that it be used only in patients with mild to moderate discrepancies.6-9 Even when informed of the advantages of orthognathic surgery, however, the patient may opt for orthodontic camouflage because of the cost and risks of surgery, the presence of systemic disease or other complicating factors, or simply a preference not to alter the profile.1-4,6 Recent studies have affirmed that camouflage treatment can compensate for a severe Class III malocclusion with satisfactory occlusal results, but without considerable improvement in the profile.1,2,6

The more severe the skeletal discrepancy, the more camouflage is required to compensate the malocclusion.2 In treatment planning, it is important to analyze such details as the inclination of the maxillary and mandibular incisors10 and whether these teeth exhibit gingival recession, which can be exacerbated by further inclination of the incisors.11 To position the roots of both arches in the center of the alveoli during Class III camouflage treatment, Alves proposed differential torque for the incisor brackets (upper left = 0°, lower left = +10°). This Biofunctional bracket prescription resists the effects of Class III intermaxillary elastics, promoting more bodily movement than tipping of the anterior segments and thus improving dental and facial esthetics.2,12

A 25-year-old male presented with the chief complaint of an anterior crossbite. Clinical evaluation showed a slightly concave profile, protrusive lower and retrusive upper lips, a passive labial seal with mild hypotonia of the upper lip, and a deficient nasolabial angle (Fig. 1). 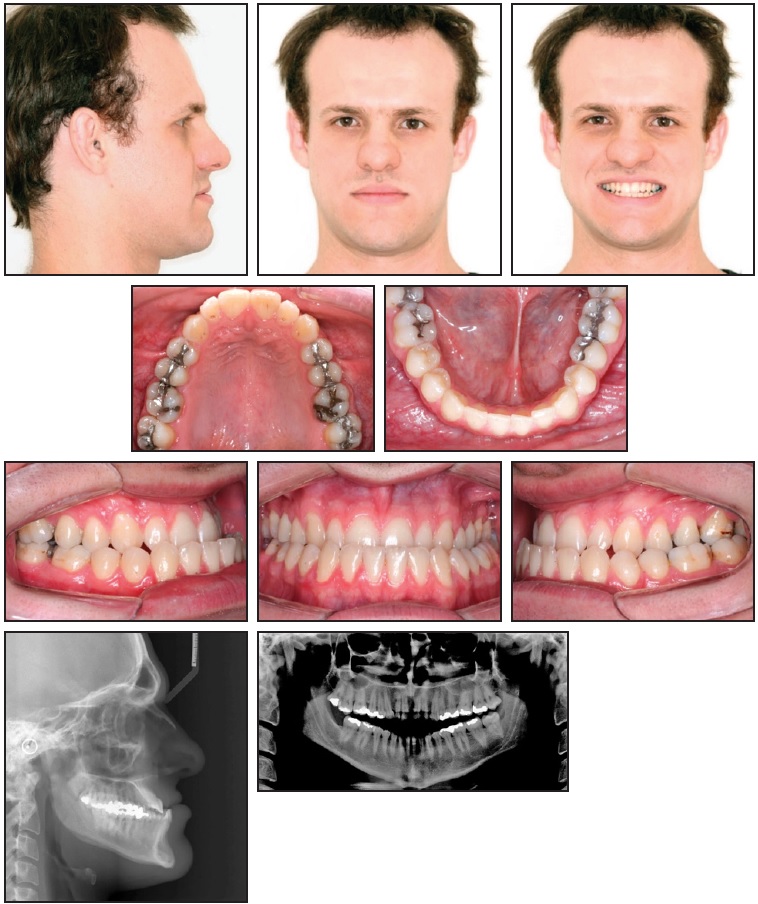 The patient exhibited a complete Class III molar relationship, negative overjet as a result of the anterior crossbite, and a left posterior crossbite, with several restorations of posterior teeth. No significant gingival recessions were seen. 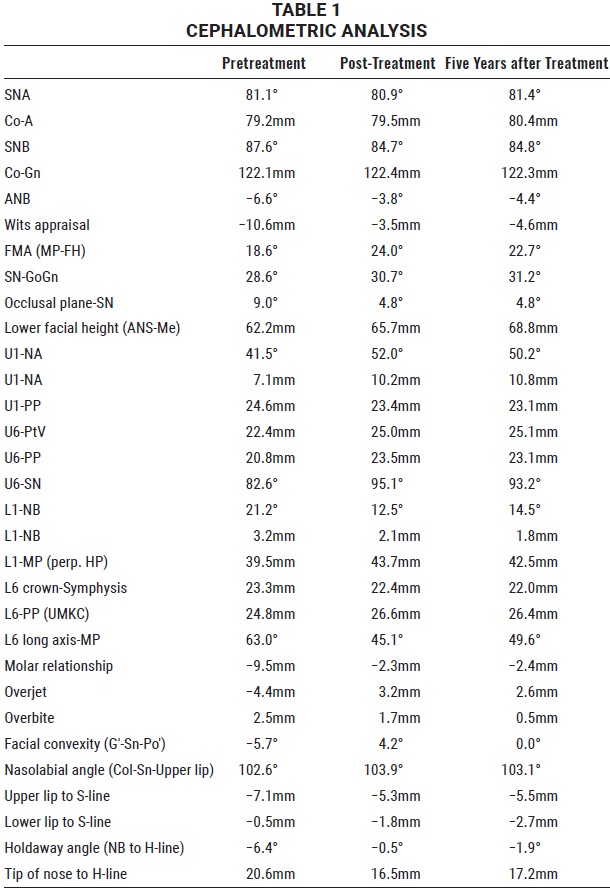 The main treatment goals were to correct the anterior and posterior crossbites and the Class III malocclusion, thus obtaining bilateral Class I molar and canine relationships without damaging the supporting tissues. We also aimed to improve the profile and smile esthetics.

When the patient refused orthognathic surgery to correct the skeletal discrepancy and the facial profile, we proposed two options for orthodontic camouflage treatment: extraction of two lower premolars followed by retraction of the lower anterior teeth, or nonextraction treatment using Class III intermaxillary elastics. Because the patient did not want to lose sound teeth, the latter treatment plan was chosen. The patient was informed that this option would be viable only with dedicated elastic wear.

We opted to use preadjusted Biofunctional* brackets to minimize adverse side effects of the Class III elastics. Leveling and alignment archwires progressed from .012" round nickel titanium to .019" × .025" stainless steel over nine months. To correct the posterior crossbite, an .032" TMA** auxiliary expansion arch was inserted in the upper first-molar accessory tubes and tied to the archwire with stainless steel ligature wires between the upper premolars and central incisors. The posterior crossbite was fully corrected in three months, and the expansion arch was removed.

Following crossbite correction, the patient began to use ³⁄16" Class III intermaxillary elastics with medium force to correct the anteroposterior occlusal discrepancy. The elastics were attached from the upper first-molar tubes to hooks at the lower canines and worn 20 hours per day for 11 months, until a slight overcorrection of the Class III malocclusion had been achieved. For the next 90 days, the elastics were worn 12 hours per day as a means of active retention.

After a total 26 months of treatment, the fixed appliances were removed (Fig. 2).

Fig. 2 Patient after 26 months of treatment.

A lower 3-3 retainer was bonded, and an upper Hawley retainer was delivered to be worn 20 hours per day for six months and then only at night for six more months.

A bilateral Class I molar and canine relationship with coincident midlines, positive overjet, and solid intercuspation was achieved. Mild improvements were seen in the facial profile and smile esthetics.

Dentoalveolar relationships improved the most during treatment and remained stable over the next five years (Fig. 3). 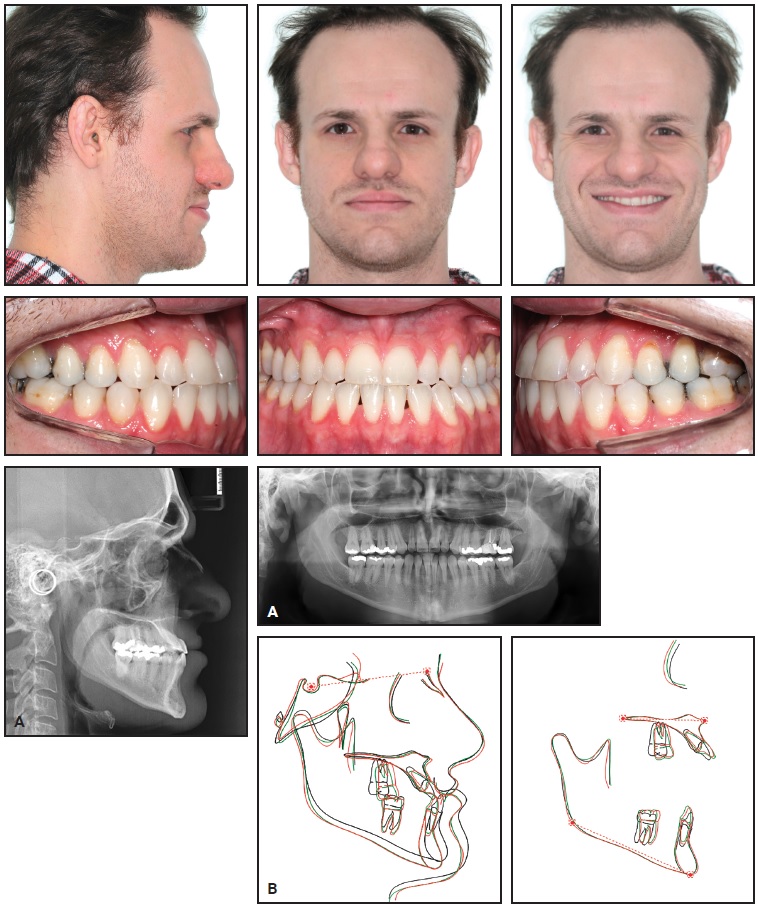 The upper incisors exhibited extensive proclination and mild protrusion, while the upper molars demonstrated considerable mesialization, mesial tipping, and extrusion (Table 1). The lower incisors were significantly extruded and retruded, and the lower molars showed mild extrusion and notable distal tipping. Maxillary, mandibular, and maxillomandibular relationships did not change substantially from before treatment to the five-year follow-up. The vertical dimension increased during treatment but did not change after treatment; the soft-tissue profile was unaffected over the entire period.

Because adult patients have minimal remaining bone growth,4,10 correction of a skeletal malocclusion requires substantial dentoalveolar movement. Satisfactory compensatory treatment can be performed with minimal chance of relapse13-15 or damage to the periodontium,11,16-18 however, if the clinician follows an effective protocol. The present case report illustrates a successful approach in which dentoalveolar movement compensated for a severe skeletal Class III malocclusion with little or no root resorption or periodontal lesions seen after five years of follow-up.1,2,6

Our patient’s upper incisors were substantially protruded and proclined, while the lower incisors were extruded and uprighted. All of these effects would be expected with the use of Class III intermaxillary elastics, as would the intrusion and distal tipping of the lower molars and mesialization, mesial tipping, and extrusion of the upper molars.19 Repositioning of the upper molars caused a counterclockwise rotation of the occlusal plane and clockwise rotation of the mandible, which increased lower facial height and resulted in a less concave profile.1,2,6,19 The lower lip was retruded as the lower incisors were uprighted. Although the maxillary and mandibular skeletal components did not change appreciably in this case, the vertical dimension increased significantly, primarily due to movement of the upper posterior teeth.

Because the inclination of the upper incisors directly affects smile esthetics,20 it is essential to control torque on these teeth when using intermaxillary elastics. Upper incisors would be expected to show only a slight increase in labial inclination after treatment with preadjusted Biofunctional brackets. In this case, however, with a severe anteroposterior discrepancy before treatment, the upper incisors underwent notable proclination. We believe that if an .021" × .025" stainless steel upper archwire had been used, the expression of the bracket slots would have limited such inclination.

Dentoalveolar compensation with the Biofunctional technique effectively camouflaged the skeletal Class III malocclusion of this adult patient, thanks to excellent compliance with Class III elastic wear. Bodily movement of the upper and lower anterior teeth resulted in ideal positioning of the roots within the alveolar process, which likely contributed to the patient’s long-term occlusal and periodontal stability. Although our results suggest this is a viable approach in patients who wish to avoid orthognathic surgery, further studies are needed to prove that hypothesis.

Fig. 2 Patient after 26 months of treatment. 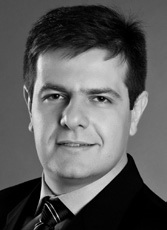 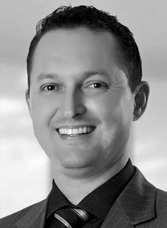 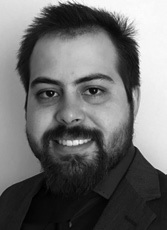 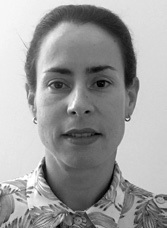 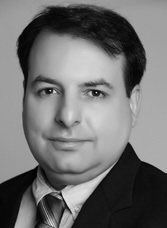