Treatment of an Impacted and Inverted Upper Premolar

The upper and lower third molars and upper canines are the most commonly impacted teeth in the permanent dentition. Impaction can be horizontal, vertical, mesioangular, distoangular, or inverted.1-3 Inverted impaction has been reported in a variety of teeth, including incisors, canines, molars, and supernumerary teeth (most commonly a mesiodens).4-6

Although inverted premolar impactions are extremely rare, one author reported surgical removal of an inverted upper premolar followed by reimplantation in an upright position.7 In another case of an impacted and inverted lower second premolar tooth germ, surgical uprighting was performed and the deciduous lower second molar was preserved.8 Our case report demonstrates successful orthodontic treatment of an impacted and inverted upper premolar without extraction or reimplantation.

A 14-year-old female presented with the chief complaint of prolonged retention of a second deciduous molar (Fig. 1). She had bilateral Class I canine and molar relationships and a balanced facial pattern. A retained upper left second deciduous molar was found in the position of the missing second premolar. Radiography revealed an impacted and inverted upper left second premolar, with the crown facing toward the maxillary sinus floor. 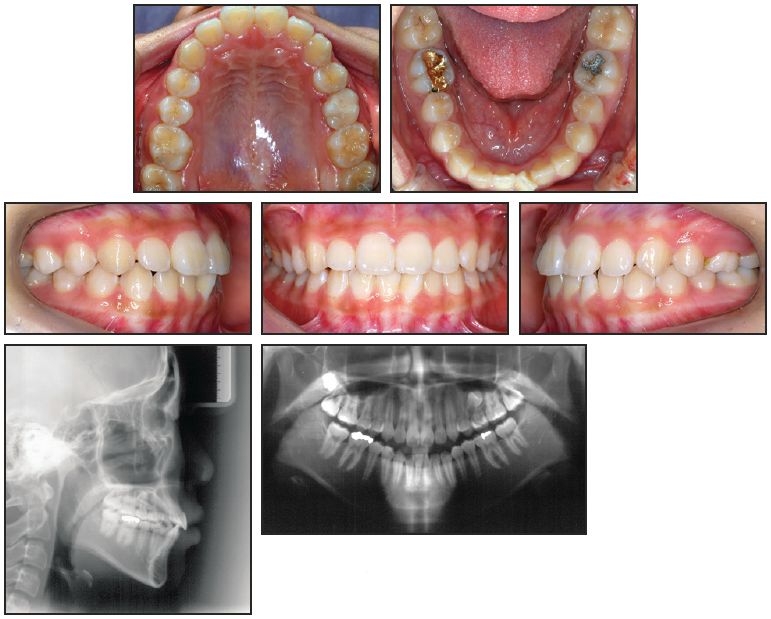 The treatment plan called for extraction of the retained deciduous teeth, space maintenance by fixed orthodontic treatment, and surgical exposure and traction of the impacted tooth into its proper position. Treatment was planned only for the upper dentition because of the patient’s concerns about cost.

An .018" × .022" MBT-prescription Inspire ICE* clear fixed appliance was bonded in the upper arch. After three months of initial leveling on .014", .016", and .016" × .022" G4** nickel titanium archwires, an .016" × .022" stainless steel archwire was inserted. The patient was then referred for extraction of the retained tooth and exposure of the impacted premolar by an oral surgeon. A metal lingual button was bonded to the impacted tooth, and a twisted stainless steel ligature wire was tied to the attachment (Fig. 2). The ligature wire was drawn inferiorly through the sutured edges of the flap, so that the surgical site could be completely closed.

After seven days of healing, orthodontic treatment was resumed. Traction was applied to the twisted stainless steel ligature to bring about full eruption of the tooth. Since the distance between the ligature wire and the main archwire was too short to apply force, a stepdown bend was made in the archwire, and an open-coil spring was inserted between the first molar and first premolar to open and maintain adequate space for the second premolar (Fig. 3). The progress of impacted tooth movement was evaluated monthly (Fig. 4). After three months, to produce more clockwise rotation of the impacted tooth, the metal button was replaced by a minitube and an .016" × .022" TMA*** auxiliary wire was bent and attached (Fig. 5). Three months later, the wire was activated to create an additional rotational moment (Fig. 6). 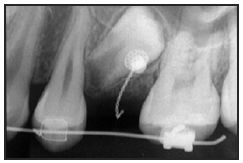 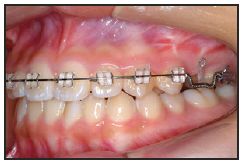 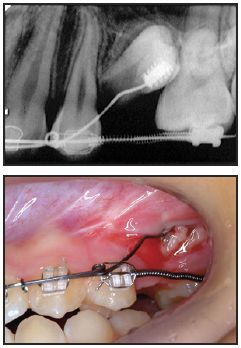 In another four months, the crown had been sufficiently rotated to replace the minitube with a bracket, and a segmental .014" nickel titanium wire was inserted for alignment (Fig. 7). The inverted upper left second premolar was successfully positioned in proper alignment within another 10 months (Fig. 8). After a total 23 months of treatment, the fixed appliances were removed and an upper 2-2 lingual retainer wire was bonded. Follow-up records taken three years after treatment confirmed the stability of results (Fig. 9). 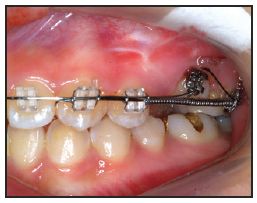 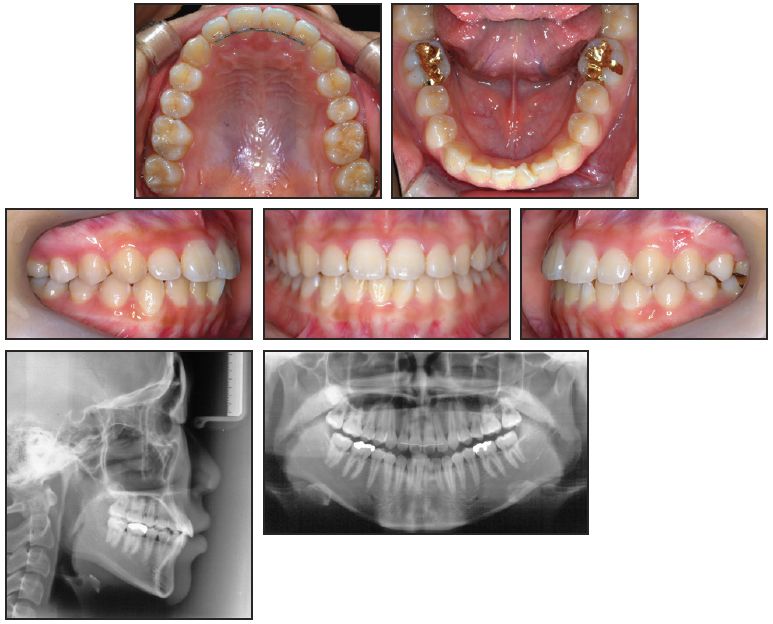 Fig. 8 Patient after 23 months of treatment. 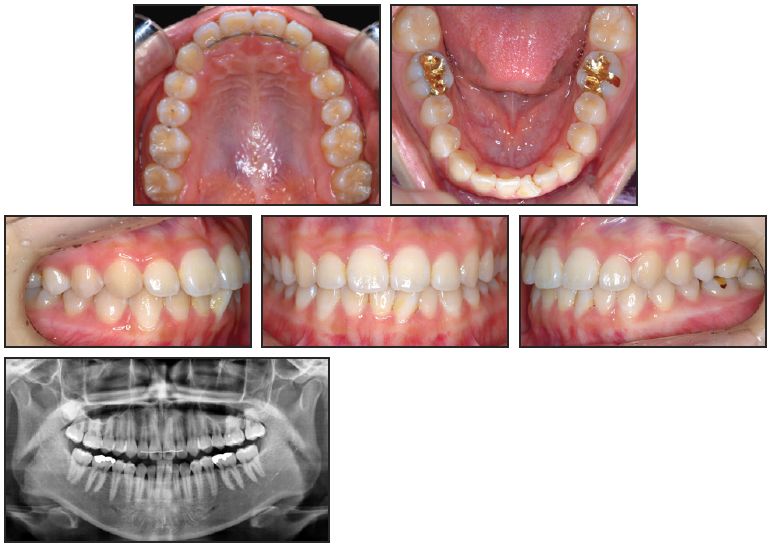 Reimplantation is generally considered the best treatment approach for an inverted premolar.9 Surgical intervention is more problematic with an inverted tooth than with other types of impactions, however, because the inaccessibility of the crown necessitates extensive bone removal. Potential complications of surgical extraction, such as perforation of the maxillary sinus, should also be taken into consideration.4

Traumatic injuries and obstructions to eruption are believed to be the most common causes of impacted anterior teeth; improper oral habits, such as nail biting or fingersucking, may also contribute.10 There was no history of facial or jaw trauma or TMD in our patient. We chose to use a closed-eruption technique because it usually provides the most esthetically pleasing result.11,12 Our patient’s premolar had a short root due to extensive tooth movement during root development. Therefore, the greatest challenge was to produce enough clockwise force to rotate the inverted tooth nearly 180° within the alveolar bone.

Some studies have reported a relatively high prevalence of gingival defects in the area of impacted anterior teeth, which may require adjunctive postorthodontic periodontal surgery to achieve an esthetic gingival contour.13 In our patient, the gingival contour of the exposed premolar was acceptable after orthodontic treatment, and no further mucogingival surgery was recommended.

As this case illustrates, conservative surgical exposure and orthodontic treatment can be an appropriate solution for an impacted and inverted tooth if the principles of biomechanics are properly applied.

Dr. Bae is a Clinical Faculty Member, Dr. Hung is a PhD student, and Dr. Kyung is a Professor, Department of Orthodontics, School of Dentistry, Kyungpook National University, 2177 Dalgubeol aero, Jung-gu, Daegu 41940, Korea. Dr. Lee is in the private practice of orthodontics in Daegu. E-mail Dr. Kyung at hmkyung@knu.ac.kr. 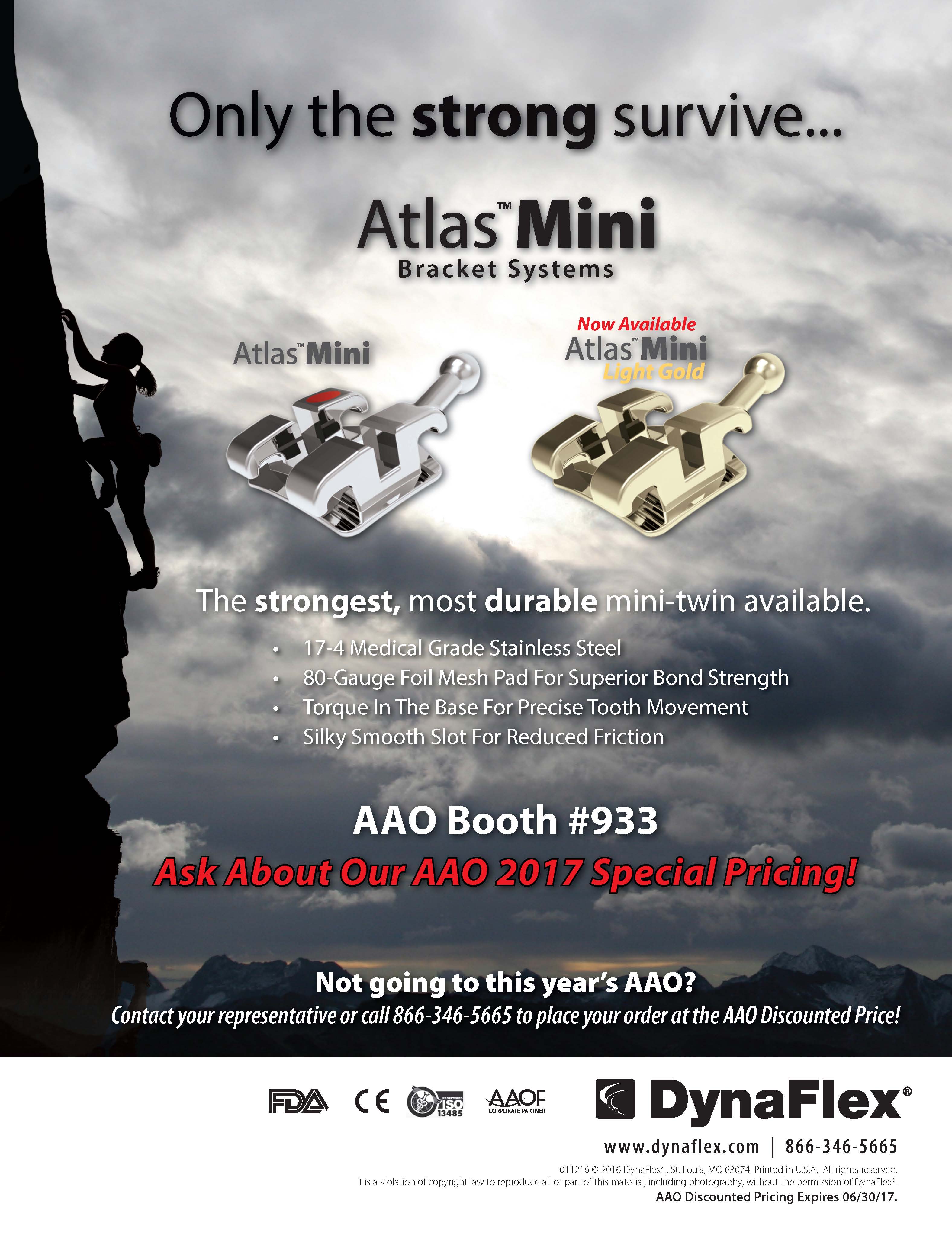 Fig. 3 After one week of healing, stepdown bend made in main .016" × .022" stainless steel archwire to increase distance for eruption force application; open-coil spring inserted between first molar and first premolar to open space for second premolar.

Fig. 8 Patient after 23 months of treatment.