Visiting the Land of Magic

(Preview of events and restaurant recommendations during the AAO annual session, May 2016)

Returning to Orlando for the first time since 2004, this year's AAO conference promises a number of novel experiences besides new rides in the city's ubiquitous theme parks. Here is our annual guide to attractions, events, and restaurants in the host city during the convention, taking place April 29-May 3.

Although Florida is generally warm in late April, with highs in the 80s and lows in the 60s, it can also be quite wet. Plan for afternoon thundershowers.

At Orlando International Airport, ground transportation can be found on Level 1 of either terminal, A or B. Taxi fares run around $40 one way to the Orange County Convention Center area (International Drive), with shared shuttles available for about half that price. The LYNX bus service (www.golynx.com) is only $2 per person, but takes about an hour to reach the convention center.

The I•RIDE Trolley (www.iridetrolley.com), which covers the entire International Drive resort area, costs $2 per ride for adults, $1 for children. Unlimited-ride passes range from $5 for one day to $12 for seven days.

At Universal Studios, the centerpiece for all ages is the relatively new Wizarding World of Harry Potter. Other popular Universal attractions include Islands of Adventure, Jurassic Park, Marvel Super Hero Island, and Seuss Landing.

Beyond the theme parks, daily tours of the Orlando area are available through Otown City Tours (www.otowntours.com). Tour highlights, which you can also visit on your own, include the downtown Lake Eola Park and the historic Harry P. Leu Gardens. For a bird's-eye panorama, ride the 400-foot-tall Orlando Eye observation wheel, with views all the way out to Cape Canaveral. By car, the Kennedy Space Center Visitor Complex, featuring daily "encounters" with astronauts, is about an hour's drive from the convention center. Technology aficionados should also take in the Orlando Science Center, featuring a "hands-on" Harley Davidson exhibit April 29-May 1. 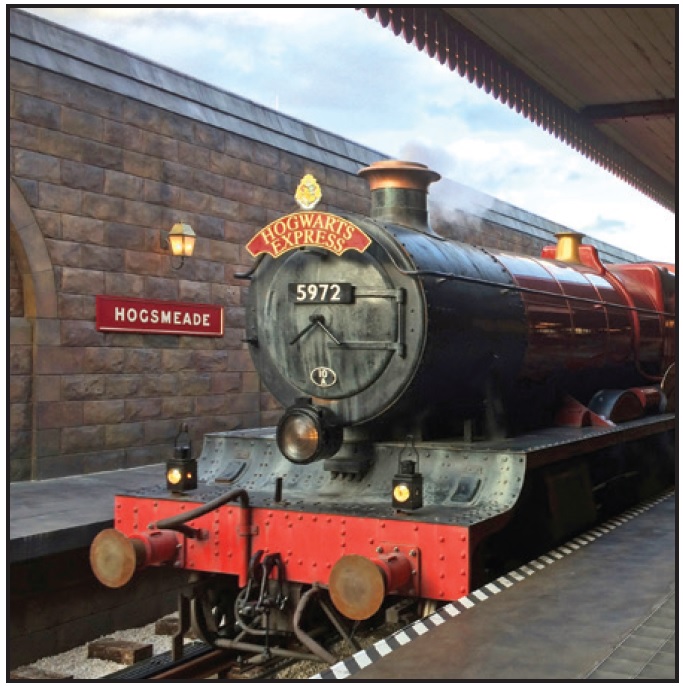 Climb aboard the Hogwarts Express, located in the Universal Studios Islands of Adventure. Photo courtesy of Irina Lef.

The annual Moonstone Music Festival, April 30 and May 1 at the Central Florida Fairgrounds, will be headlined by Kiss, Def Leppard, Kansas, and the Flaming Lips. If that prospect seems too earsplitting, try the Orlando Cabaret Festival at the downtown Mad Cow Theatre. Dinner-theater opportunities include Sleuths Mystery Dinner Shows and WonderWorks (comedy and magic). For improv without dinner, check out the SAK Comedy Lab.

Orlando Ballet presents "Beauty and the Beast" April 29-May 1 at the Dr. Phillips Center for the Performing Arts. The Orlando Shakespeare Theater will be running "Vanya and Sonia and Masha and Spike" (through May 1) and, for children, "Elephant and Piggie's 'We Are in a Play!'" (through May 7).

The Downtown Arts District is anchored by CityArts Factory, a collective of galleries with a rotating exhibit of local and international artists. Just north of downtown, the Orlando Museum of Art will feature paintings and drawings by Steve Lotz during the convention. The Mennello Museum of American Art, located in Loch Haven Cultural Park, begins an exhibition of pop-art prints on May 6. In Winter Park, the Charles Hosmer Morse Museum of American Art houses the "world's most comprehensive collection of works by Louis Comfort Tiffany", along with other decorative pieces. The Cornell Fine Arts Museum at Winter Park's Rollins College will be showcasing faculty artists in addition to its European and American collections.

The world-famous House of Blues Gospel Brunch takes place at 10:30 a.m. and 1 p.m. on May 1, with a portion of the proceeds going to support arts and music for underserved youth. Later that day, at 2 p.m., the annual Taste at the Eye offers samplings from nine restaurants and tickets to one of three attractions at i-drive 360, home of the Orlando Eye, to benefit the Florida Hospital's esophageal-cancer program. 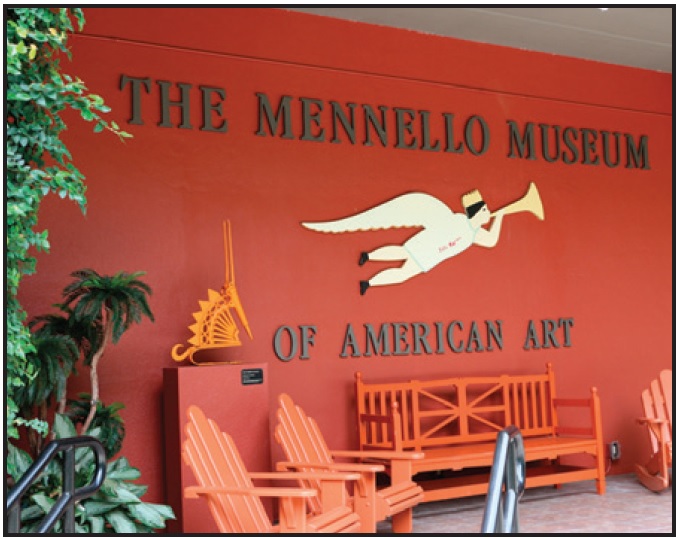 Also on May 1, the Orlando Magic tip off against the Charlotte Hornets in National Basketball Association action at the Amway Center.

The Disney properties contain many of Orlando's best restaurants, including Jiko at the Animal Kingdom Lodge; the California Grill at the Contemporary Resort; Citricos, Narcoosee's, and Victoria & Albert's at the Grand Floridian Resort & Spa; Shula's Steak House and Todd English's bluezoo at the Walt Disney World Dolphin Hotel; Artist Point at the Wilderness Lodge; and Flying Fish Cafe at the BoardWalk. Other outstanding resort restaurants: Norman's at the Ritz-Carlton Grande Lakes, Primo at the JW Marriott Grande Lakes, and Emeril's Orlando at the Universal Resort.

Within easy driving distance of Orlando, you'll want to try Chef's Table at the Edgewater in Winter Garden, Cress Restaurant in DeLand, Enzo's Restaurant on the Lake in Longwood, Luma on Park in Winter Park, or The Ravenous Pig in Winter Park. 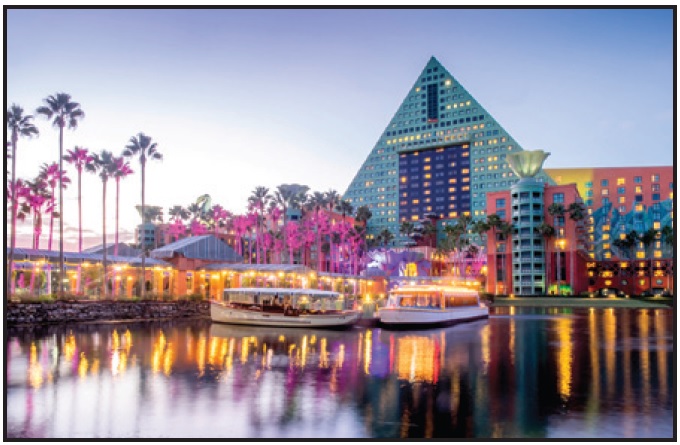 Click here to view the directory of events and restaurants.

Fig. 1 Climb aboard the Hogwarts Express, located in the Universal Studios Islands of Adventure. Photo courtesy of Irina Lef.