Between 25% and 50% of the general population are affected by impacted teeth,1 with the incidence of upper-canine impaction reportedly ranging from .92-4.3%.2-4 Although some cases have iatrogenic or idiopathic origins, potential etiological factors include dentoalveolar discrepancies, transverse maxillary deficiencies, prolonged retention or early loss of deciduous canines, absence or anomalies of upper lateral incisors, abnormal positioning of dental buds, alveoloschisis, and physical obstacles such as supernumerary teeth, mesiodens, odontomas, neoplastic formations, cysts, and root dilacerations.5-8 Dental impaction has also been correlated with a high incidence of certain syndromes, and palatal canine impaction has been found to run in families.4-9 Unsurprisingly, therefore, palatal impactions are far more common than labial ones, accounting for 85% of impacted canines.3,4

The procedures used for surgical exposure and traction are important in any impaction case,10,11 but a buccally impacted canine is especially problematic. If the tooth is positioned high in the alveolus, full-thickness flap surgery is generally required to expose the crown. After an appropriate attachment is placed for traction, the flap can be repositioned and sutured either in the same location or apical to the cementoenamel junction. Although the level of periodontal reattachment does not seem to significantly affect the clinical outcome, apical repositioning appears to be an inferior choice from an esthetic perspective.12,13

If the impacted canine is more occlusally positioned, it is usually preferable to close the flap in its original position, with orthodontic traction obtained by attaching a ligature wire or elastic chain to the archwire. Although this approach promotes tissue healing, it does have several drawbacks, including the need for frequent reactivation. In addition, the submucosal portion of a ligature wire or traction chain sometimes fractures, necessitating further surgery, and the resistance offered by the impacted canine often causes displacement of the adjacent teeth.

An effective solution is to apply light, direct traction from an orthodontic wire deflected close to the impacted tooth and then completely covered by the flap, which is repositioned in its original location. The canine thus undergoes coronobuccal traction in the direction of the adjacent crowns. This method not only allows optimal soft-tissue healing, but also encourages better oral hygiene due to the absence of wires or elastic chains, which are excellent plaque receptacles. Furthermore, it reduces the likelihood of breakage that might require re-exposure of the tooth.

The present article shows a patient treated with this technique. 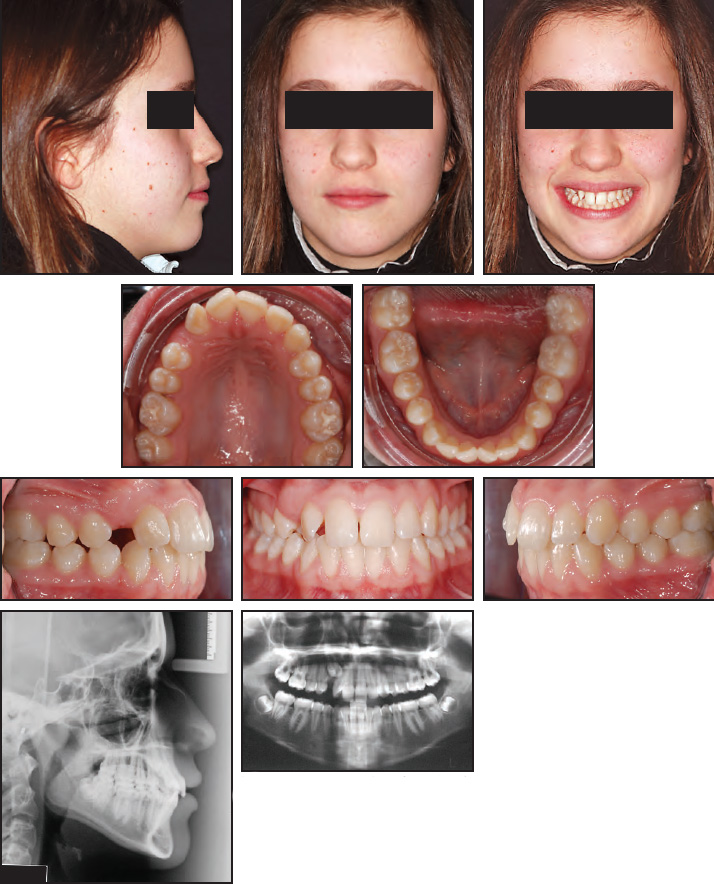 The position of the upper right lateral incisor crown suggested that this situation was caused by buccal impaction of the canine, whose crown was in close proximity to the root of the lateral incisor. Radiographs confirmed the diagnosis and also revealed the presence of a small supernumerary tooth, rotated with its crown in an apical position, which had probably impeded the eruption of the permanent canine.

After two months of treatment, sufficient space had been obtained for the maxillary right canine. A vestibular flap was opened to expose the canine and allow removal of the supernumerary, and a minitube was bonded to the labial surface of the impacted tooth. An .014" Copper NiTi segmental wire was then inserted in the horizontal auxiliary bracket slots from the maxillary right first molar to the left lateral incisor, deflected toward the impacted canine, and tied to the bonded minitube with .009" ligature wire (Fig. 2A). The flap was repositioned in its original location and sutured with Vicryl 4-0** absorbable thread (Fig. 2B). To maintain the canine space and prevent any inclination of the adjacent teeth during traction, an open-coil spring was threaded onto the .018" x .025" Copper NiTi main archwire (Fig. 2C). 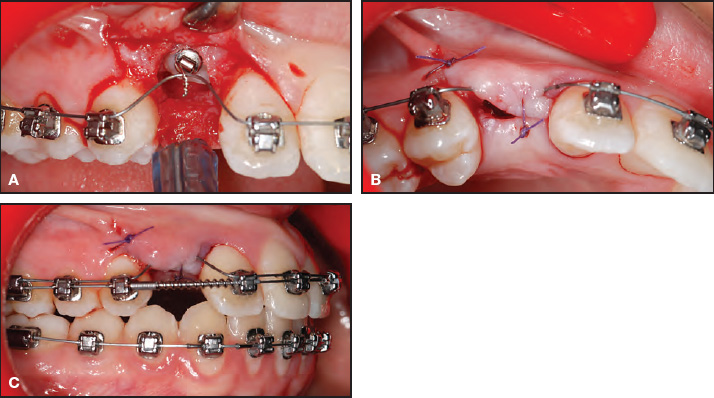 Over the next six months, the progress of canine eruption was evaluated monthly (Fig. 3). No complications were observed at the surgical site, and the gingivae remained healthy.

Once sufficiently erupted, the crown of the impacted canine was bonded with a canine bracket to finish the occlusion. The total duration of treatment was 17 months (Fig. 4). 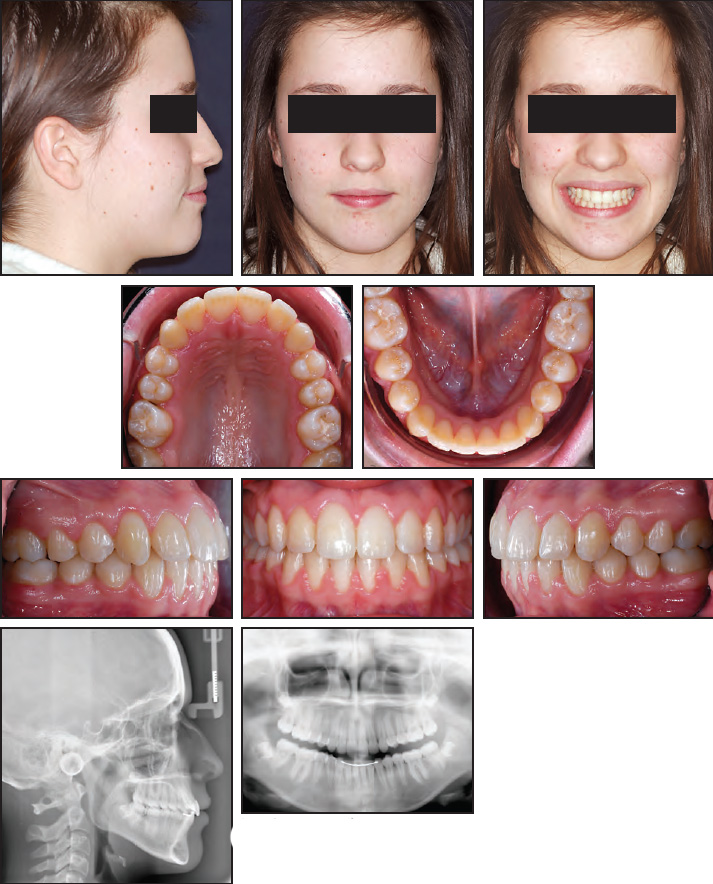 Fig. 4 Patient after 17 months of treatment.

Fournier and colleagues recommended that a labially impacted tooth in a favorable vertical position should be surgically exposed without the application of orthodontic traction in a young patient, whereas immediate traction is almost always needed in an adult patient.14 Other authors have stated similar opinions regarding palatally impacted canines15; in particular, Schmidt and Kokich observed that surgical exposure and free eruption are preferable to closed exposure and early traction.16

Labial impaction, on the other hand, is generally thought to be more difficult to manage,17,18 although some surgeons use the vertical and horizontal position of the impacted tooth and the quantity of the surrounding gingiva as guidelines.19,20 Before determining the appropriate intervention, the esthetic and functional sequelae--gingival attachment, height, width, scarring, clinical crown length, and relapse potential--must be carefully evaluated.12 One point of agreement by many authors is that a lack of attached gingiva around the erupting canine can lead to inflammation and serious periodontal consequences during orthodontic traction. For this reason, many prefer to close the flap in its original position after exposure of the tooth and attachment of a traction button, thereby ensuring adequate gingival tissue around the canine. Other clinicians prefer to perform a partial-thickness flap and to reposition it apically so as to cover the cementoenamel junction and 2-3mm of the crown, thus preventing marginal bone loss and gingival recession.21

The alternative method presented here--applying direct orthodontic traction with a light wire rather than attaching a metal ligature or elastic chain from the archwire--pulls the crown of the impacted tooth in a buccal direction for more favorable realignment. It also promotes good hygiene at the affected site, minimizing the risk of mucosal inflammation. Constant traction from the round Copper NiTi segmental wire avoids the need for subsequent reactivations. A bond failure of the button or bracket on the impacted tooth could require further surgery, as with other traction procedures, but there is no concern about breakage of traction wires or elastic chains.

Fig. 4 Patient after 17 months of treatment.