Unilateral distal positioning of one lower first molar seems to be the major contributing factor to a Class II subdivision malocclusion. Mesial positioning of the upper molars, an asymmetrical mandible, a posterior position of the glenoid fossa, or a functional mandibular shift can also be responsible for this asymmetrical Class II molar relationship.1-5

Treatment of a Class II subdivision malocclusion may involve a variety of methods, including nonextraction protocols using tip-back mechanics, intermaxillary elastics, extraoral appliances, or fixed functional appliances; extraction protocols with the removal of one, three, or four premolars; or orthognathic surgery.6-8 Over the past 15 years, usage of elastics has increased from 20% to 38% and usage of fixed functional appliances from 0% to about 15%, while the rates of orthognathic surgery and extraction treatment have declined.9

The Forsus Fatigue Resistant Device* (FRD) is a semi-rigid fixed functional appliance with an interarch push spring that produces about 200g of force when fully compressed. The push rod has a built-in stop that compresses the spring when the patient’s mouth closes; the spring then exerts an equal and opposite force on the upper molars and lower incisors, creating a tendency for distalization of the former and flaring of the latter.10

Few cases have been documented in which functional appliances were used to correct Class II subdivision malocclusion in adult patients, who require particular attention to esthetic, occlusal, and functional criteria in diagnosis and treatment planning. This report presents such a case using the Forsus FRD with maxillary mini-implant anchorage.

A 51-year-old female presented to the Department of Orthodontics, KLE VK Institute of Dental Sciences, with the chief complaints of forwardly
placed maxillary front teeth, unesthetic spacing, and reduced chewing efficiency. She had a convex profile with incompetent lips. Intraoral examination found a Class I relationship on the left side and a Class II relationship on the right, a 9mm overjet, a deep bite, generalized attrition and spacing, and a mandibular midline deviation to the Class II (right) side (Fig. 1). 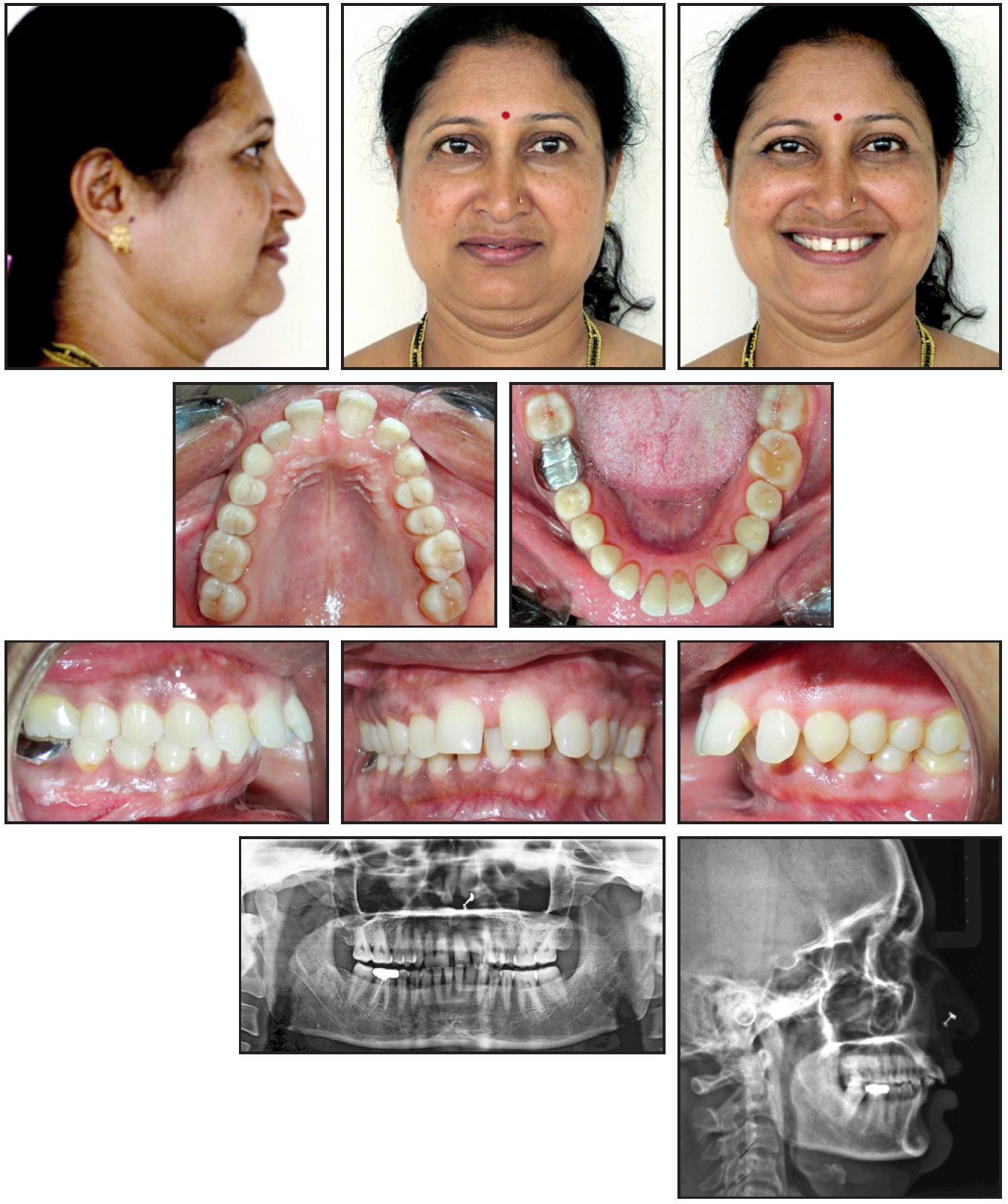 Treatment objectives were to create a pleasant profile, achieve bilateral Class I molar and canine relationships, correct the anterior deep bite, retract the anterior teeth, and produce a stable occlusion.

Three treatment options were considered. The first alternative involved extraction of the upper first premolars, but this was contraindicated by the patient’s age and her Class I skeletal base, well-positioned jaw, and prominent soft tissue. In addition, the extractions could have worsened the facial profile. A second option, the use of intermaxillary elastics, would likely have been successful due to the malocclusion characteristics and the long-term dentoalveolar effects of elastics compared with fixed appliances, but would have required patient cooperation. Instead, based on the patient’s deep bite with overjet, convex profile, harmonious nasolabial angle, and horizontal growth pattern, we decided to use the Forsus FRD.

The upper and lower arches were bonded with the .022" MBT Versatile+ Appliance System,* and initial leveling and alignment were carried out over seven months on low-force .012", .014", .016", and .017" × .025" nickel titanium archwires. The mandibular curve of Spee was corrected during this stage.

Two 1.2mm × 9mm miniscrews were then inserted under local anesthesia between the upper premolars at the mucogingival junction, without drilling into the bone. Elastomeric chains were attached from the implants to crimpable hooks mesial to the canines on an .019" × .025" stainless steel archwire, providing an anterior intrusive force of 70g and a posterior distalizing force of 150g (Fig. 2). Every four weeks, the chains were reactivated and the screws were checked for any signs of mobility or infection.

Fig. 2 Mini-implants placed between upper premolars during third month of intrusion and retraction.

After five months of intrusion and retraction, when the overjet had been reduced to 5mm, the Forsus FRD was placed (Fig. 3). 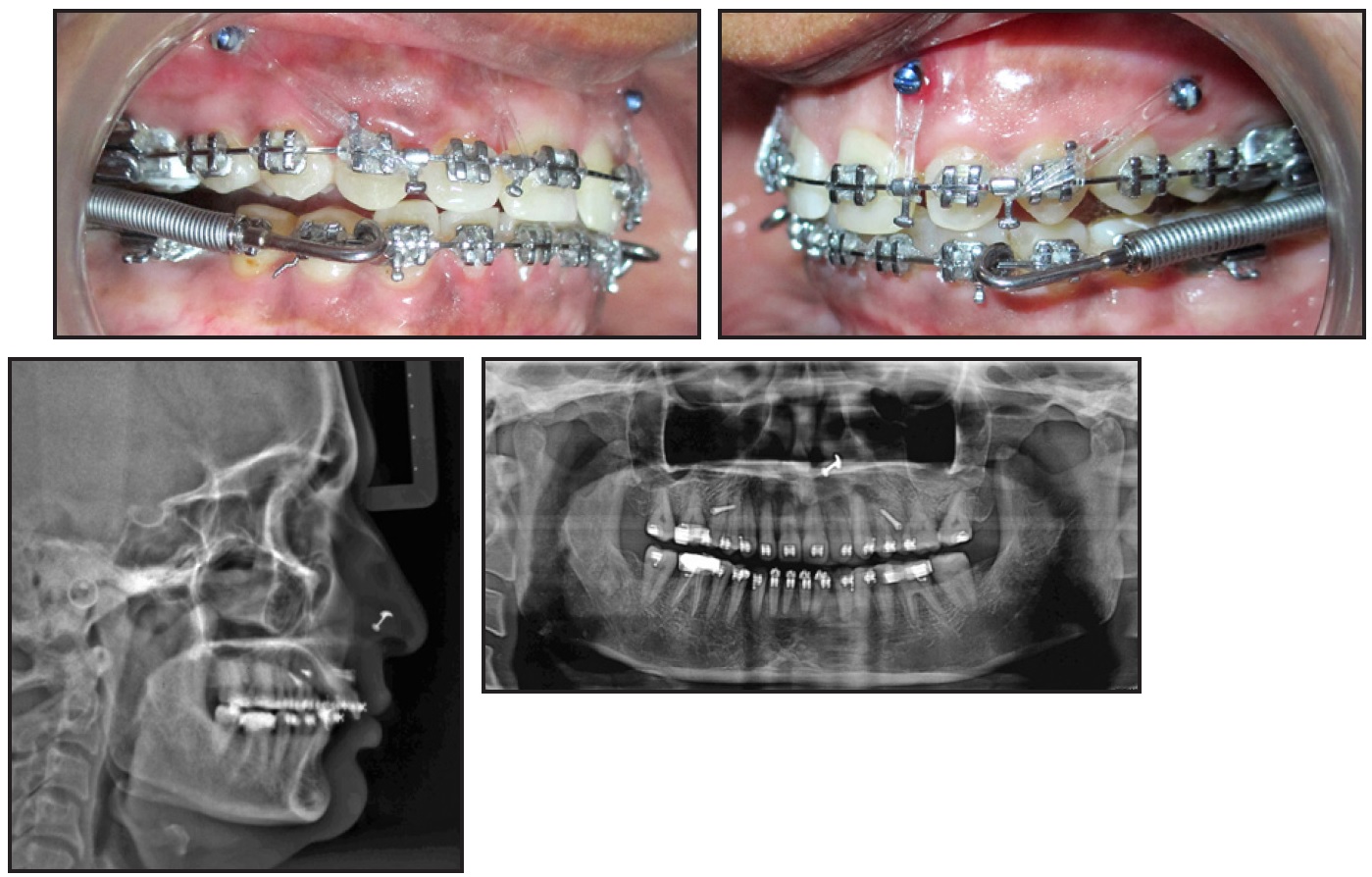 We left the end of the upper attachment wire uncinched on the right side to allow unilateral molar distalization, while the lower attachments were applied distal to the canines. Split crimps were added to the push rod on the Class II side at four- to six-week intervals as needed for midline correction. An upper transpalatal arch was placed to prevent buccal molar tipping, and the stainless steel archwire was cinched back in the lower arch. Bilateral miniscrews were inserted mesial to the upper lateral incisors for attachment of elastomeric chains to maintain torque control and to intrude the upper anterior teeth.

After five months, the overjet was significantly reduced, and the patient had an edge-to-edge incisor relationship. The Forsus FRD was left in place for three more months to stabilize the result. Only minor orthodontic finishing was required in the last four months of treatment. Composite build-ups were added to the upper canine and lateral incisor to help resolve the Bolton discrepancy.

Total treatment time was 24 months (Fig. 4). Upper and lower 4-4 lingual retainer wires were bonded, and the patient was instructed to wear an upper Hawley retainer with an anterior bite plane 24 hours a day for 12 months. 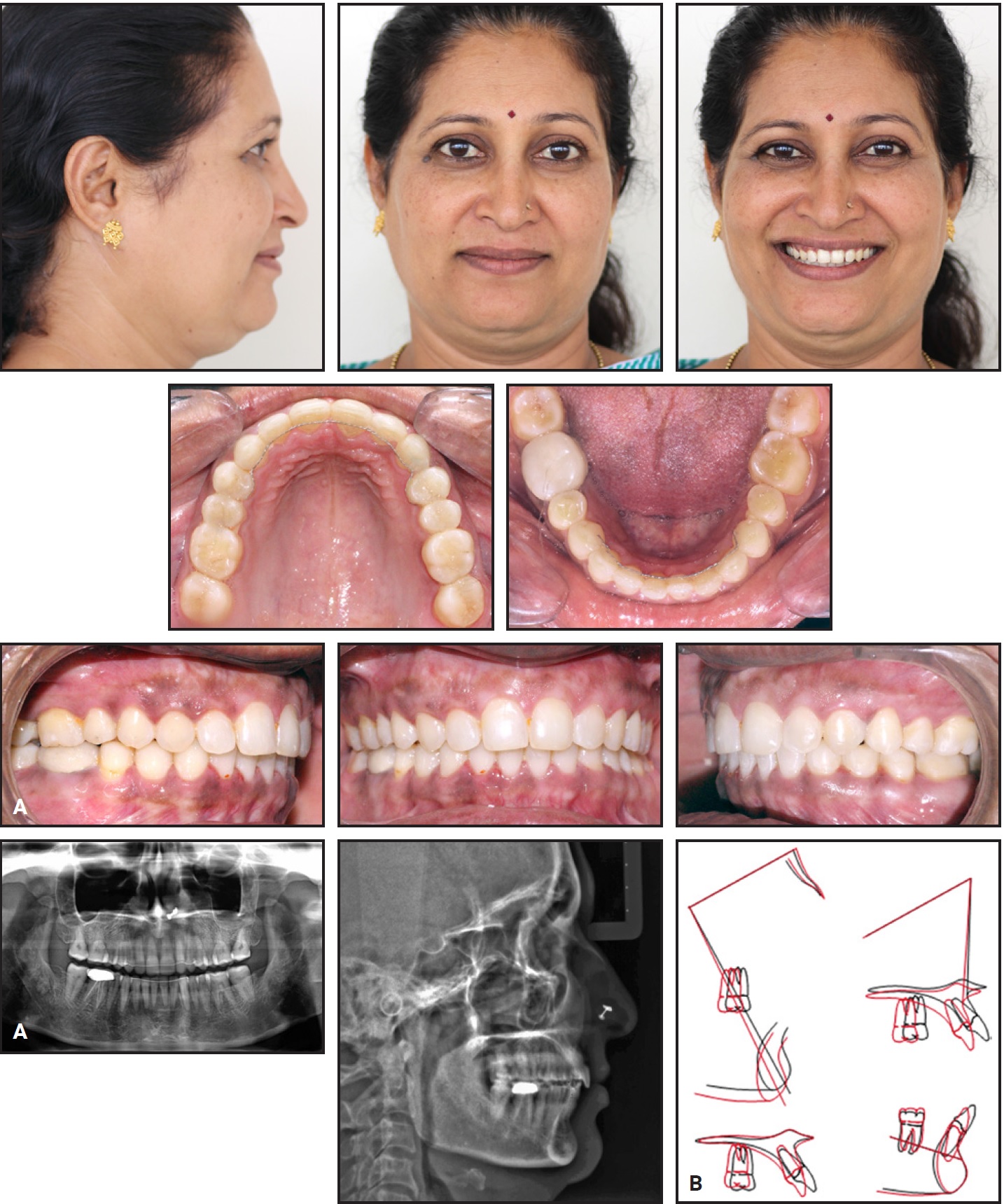 Fig. 4 A. Patient after 24 months of treatment. B. Superimposition of pre- and post-treatment cephalometric tracings.

Final records showed good Class I buccal relationships and an improvement in dental and soft-tissue parameters (Table 1). The overjet was reduced from 8mm to 2mm, and the overbite from 6mm to 2mm. Cephalometric superimpositions indicated retroclination of the lower incisors, with bite opening achieved by intrusion of both the upper and lower incisors. The result was an intrusive movement of the anterior mandibular arch and a backward movement of the maxillary arch. The convexity and the prominence of the labiomental fold were reduced, while the nasolabial angle was increased. The post-treatment panoramic radiograph showed no alveolar bone loss or apical root resorption.

The Forsus FRD is easy to install and comfortable for the patient. Compared with options such as intermaxillary elastics, it provides better
resistance and performance with light forces, while allowing greater freedom of eccentric and centric mandible movements. Other functional appliances, such as the Herbst** and the Jasper Jumper,*** can produce similar long-term dentoskeletal results, but have accompanying drawbacks. The Herbst appliance, because it is stiff and restricts mandibular movement, is considered extremely uncomfortable by adult patients; it is also difficult to install and has a high incidence of breakage.11 Semi-rigid devices like the Jasper Jumper allow greater freedom of functional movements, but their flexibility increases the risk of breakage.12

In the case shown here, to prevent loss of upper incisor torque from the applied force vectors of the Forsus FRD, two mini-implants were placed between the upper central and lateral incisors. The MBT brackets, with their relatively high lingual root torque on the upper incisors and –6° of labial root torque on the lower incisors, further resisted these effects. In the maxillary arch, the second molars were bonded to avoid creating steps between the first and second molars during the functional phase. While the lower molars were mesialized, their extrusion was prevented by control of the biomechanics and inclusion of the second molars in the archwires.

Cephalometric analysis indicated that the dentoalveolar changes—intrusion of the lower incisors and distalization of the upper molars—were consistent with previous reports.13 There was no sagittal growth of the bony bases, as would occur only during the pubertal pre-peak and peak growth periods.13 Minimal vertical changes were seen, but the rotation of the occlusal and palatal planes, in addition to the dentoalveolar changes, contributed to a slight clockwise rotation of the mandibular plane, resulting in a small increase in anterior facial height.

Although intrusion has been identified as a possible cause of root resorption, we observed 3mm of intrusion without any sign of root resorption. In a patient with bone loss, intrusion can help regain bone level—one of the key objectives of periodontal treatment. Long-term stability was also promoted by the achievement of proper interdigitation.

Correction of a deep bite is crucial due to its potential deleterious effects on the TMJ, periodontal health, dentition, and facial esthetics.14 According to Aras and colleagues, Forsus treatment is not a risk factor for TMD in patients with no signs or clinical symptoms of dysfunction.15 In this case, the patient reported no TMJ discomfort during active treatment or retention. 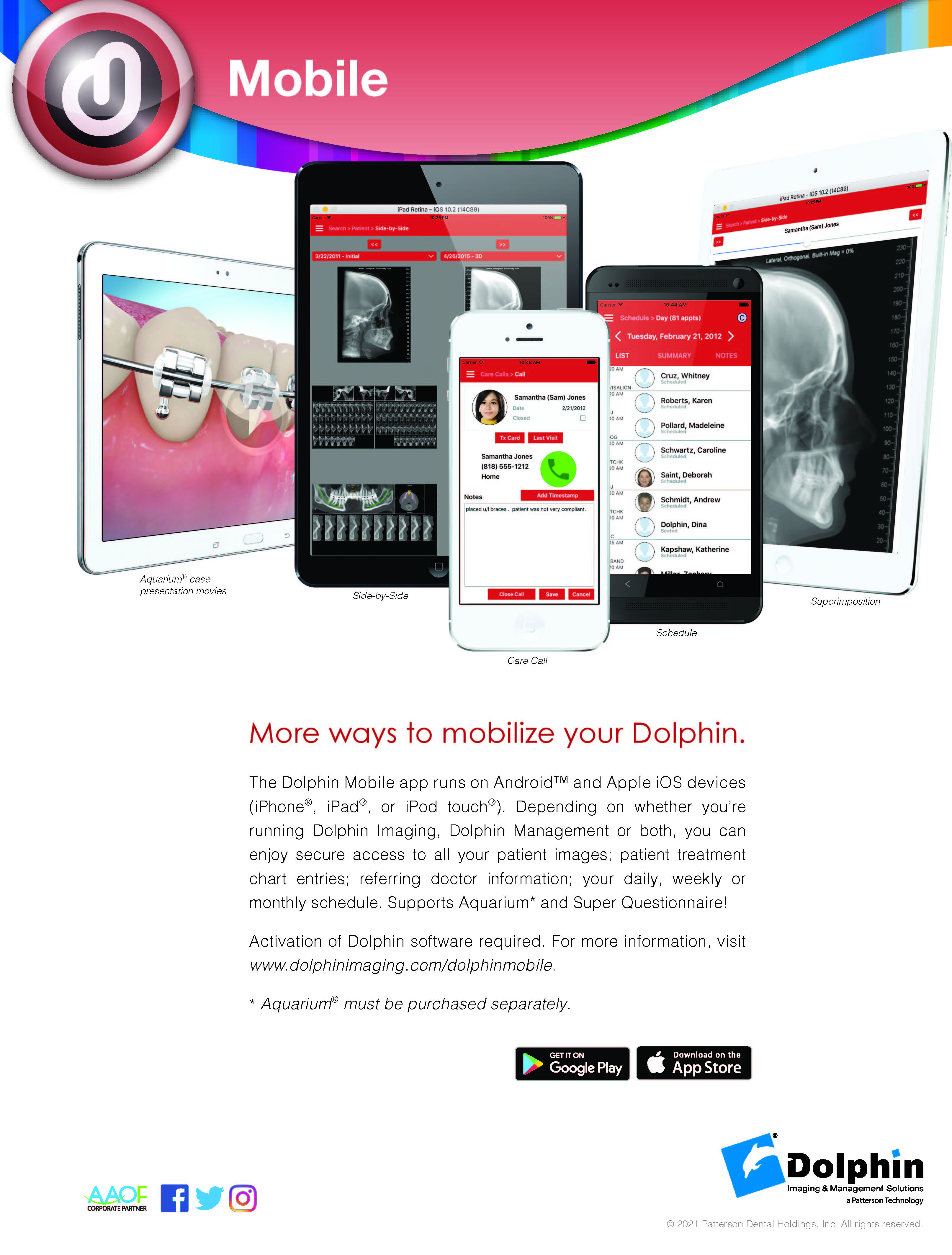 Fig. 2 Mini-implants placed between upper premolars during third month of intrusion and retraction.

Fig. 4 A. Patient after 24 months of treatment. B. Superimposition of pre- and post-treatment cephalometric tracings. 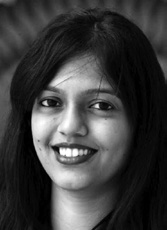 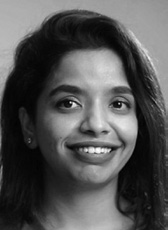 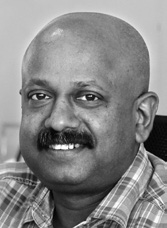