Resolution of a Complex Malocclusion Using a Hybrid Aligner Approach

Clear aligner therapy is often the treatment of choice in today’s orthodontic practice, especially for nonextraction cases of mild to moderate difficulty.1 Aligners offer optimal esthetic properties and patient comfort, making them particularly suitable for adults.2 In addition, because they are removable, they are less likely to impact periodontal health.3

Although diagnostic indications for clear aligner therapy have broadened, some orthodontic movements remain unpredictable, even with good treatment planning.4 Extrusion, intrusion, bodily movements, torque, and substantial rotations of rounded teeth are difficult to manage using clear aligners alone,5 making them less efficient than conventional biomechanics in complex treatment.6 Extrusion or rotation auxiliaries or interarch elastics are therefore often needed.7,8 Another approach is to use partial or full fixed appliances to correct the most critical problems before or during clear aligner therapy.9

One such problem, scissor bite, is an alteration in the normal relationship between the cusps and fossae of antagonistic teeth. Although the incidence of scissor bite is rare—1.1% of the children investigated in one study10—it can create issues with masticatory function and growth patterns in prepubertal patients due to functional displacement of the lower jaw.11 Since there are discrepancies in both the vertical and buccopalatal dimensions, a scissor bite is difficult to correct using only clear aligners.11

Orthodontic miniscrews have made it possible to resolve complex anomalies such as scissor bite without loss of anchorage.12,13 Miniscrews are safe, inexpensive, and minimally invasive and have a wide range of clinical applications, owing to their small size and ease of placement and removal.

This report shows a patient with a unilateral scissor bite of the upper and lower right second molars who was treated using a hybrid approach—involving clear aligners and fixed buccal sectional appliances with miniscrew anchorage—after aligners alone failed to achieve the planned outcome.

A 27-year-old female presented with the chief complaint of unsightly front teeth and traumatic biting in the right posterior cheek region (Fig. 1A).

Fig. 1 27-year-old female patient with borderline Class I molar and canine relationships, moderate crowding in both arches, and scissor bite involving upper and lower right second molars before treatment (continued in next image).

Extraoral analysis found a convex profile, a long lower third of the face, and lip strain from the attempt to achieve lip competence. The patient had a gummy smile with complete incisor exposure, bilateral buccal black corridors, and a slight occlusal cant. She had borderline Class I molar and canine relationships with excessive overbite and overjet. The lower midline was deviated 1mm to the left of the upper midline, and the curve of Spee was accentuated on both sides. Moderate crowding and malalignment were present in both arches. A scissor bite of the upper and lower second molars was observed on the right side (Fig 1B).

The patient did not report any TMJ symptomatology, as confirmed by the clinical and functional exam. All teeth were present on the panoramic radiograph. Cephalometric analysis (Table 1) indicated a moderate biretrusive skeletal Class II (ANB = 5.5°) with a primarily mandibular component (SNB = 73.8°) and a hyperdivergent pattern (FMA = 31.5°). Upper and lower incisor inclinations seemed to be normal.

The main treatment objectives were to maintain the bilateral Class I molar and canine relationships, resolve the malalignment and crowding in both arches, reduce gingival exposure in smiling, center the midlines, and improve lip competence. An additional objective was to correct the scissor bite and resolve the traumatic biting issue in the right cheek region.

We therefore proposed an esthetic approach using clear aligner therapy. We recognized that the unilateral scissor bite would be more difficult to resolve because the posterior section of the aligner is more elastic, and it is therefore less suitable for delivering the orthodontic forces and moments necessary to resolve such a complex problem.

The patient was advised to have all four third molars extracted before orthodontic treatment. Digital models were then obtained from a CS 2600* intraoral scanner, and a digital setup was performed. The first phase of treatment involved a series of 12 individualized F22** clear aligners per arch (Fig. 2). 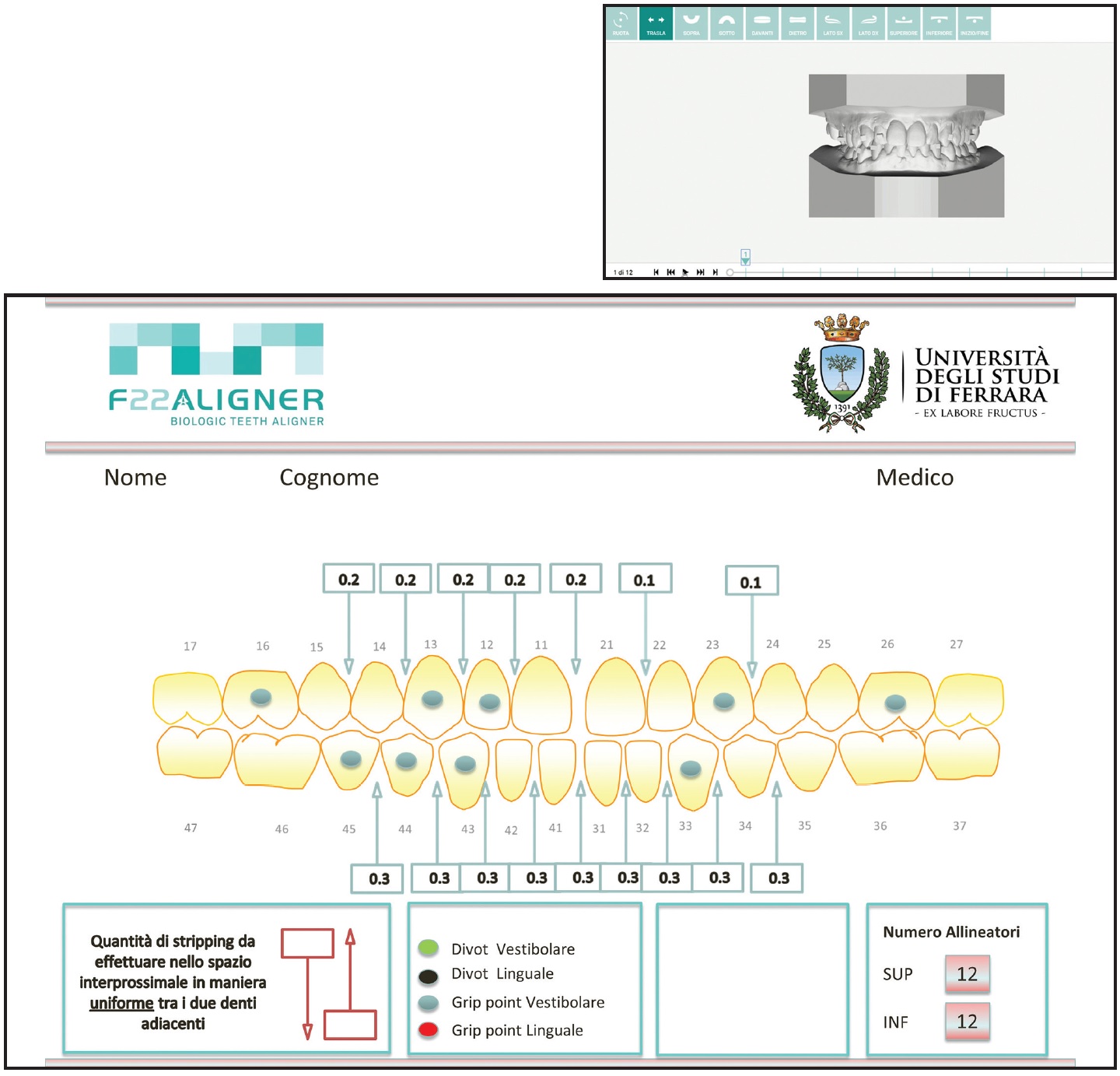 After two months of treatment, the scissor bite had not improved, and the patient complained of difficulty in fitting the aligners over the posterior regions of both arches (Fig. 3).

With the patient’s consent, we decided to cut off the remaining aligner trays on the right side in both arches and to end the first phase of therapy, postponing the correction of the scissor bite to the refinement stage. The patient was instructed to wear each pair of modified aligners for 10 days. This first treatment phase lasted four months and 20 days (Fig. 4). The crowding and malalignment were resolved, gingival exposure in smiling was reduced, and the midlines were partially centered. 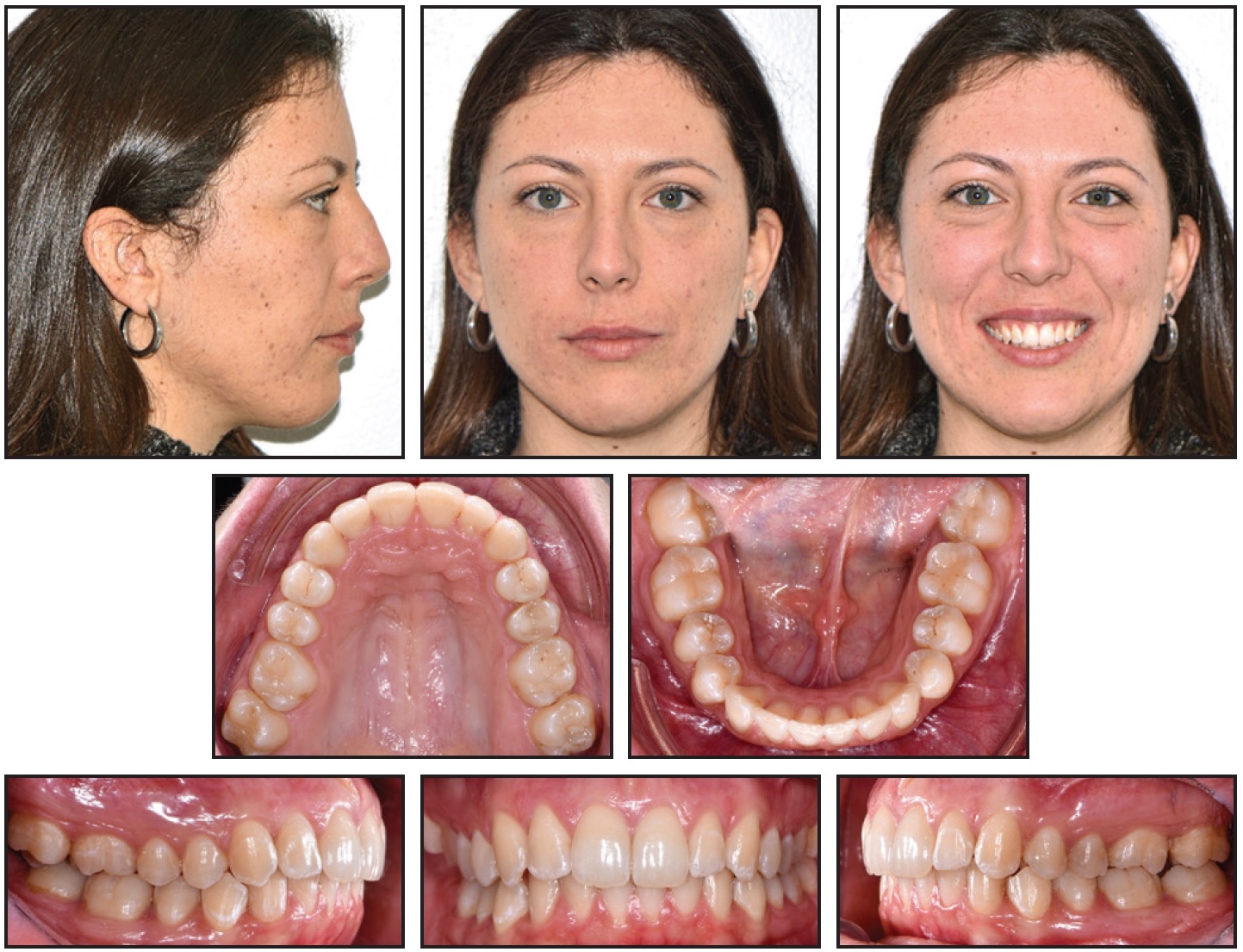 Fig. 4 After four months and 20 days of treatment (end of first phase).

The aims of the second phase were to refine the occlusion and the alignment, fully center the midlines, and resolve the right posterior scissor bite. To improve the predictability and efficiency of the scissor-bite correction, a hybrid approach was planned using aligners with fixed buccal sectional appliances, orthodontic miniscrews, and criss-cross elastics. Brackets*** were bonded to the upper right first and second molars and the lower right first and second molars, and .016" × .022" nickel titanium wires† were placed (Fig. 5).

The refinement aligners were delivered to the patient, who was instructed to wear each pair for 20 days to allow scissor-bite resolution without unwanted extrusion of the other teeth due to temporary bite-raising, which might have worsened the patient’s facial divergence. The combination of buccal sectional appliances, miniscrews, and criss-cross elastics generated sufficient intrusion forces and moments to enable correction of the scissor bite within about five months (Fig. 7).

Fig. 7 A. Beginning of refinement stage, five months after start of treatment. B. One month later, with .019" × .025" nickel titanium sectional archwires placed in both arches and criss-cross elastics continued.

A month later, .019" × .025" nickel titanium orthodontic archwires were placed in the upper and lower arches, while the criss-cross elastics continued to be worn. The refinement stage lasted five months and 10 days. The miniscrews were then removed, and removable retainers were delivered.

After a total 10 months of treatment, the objectives had been achieved (Fig. 8A). 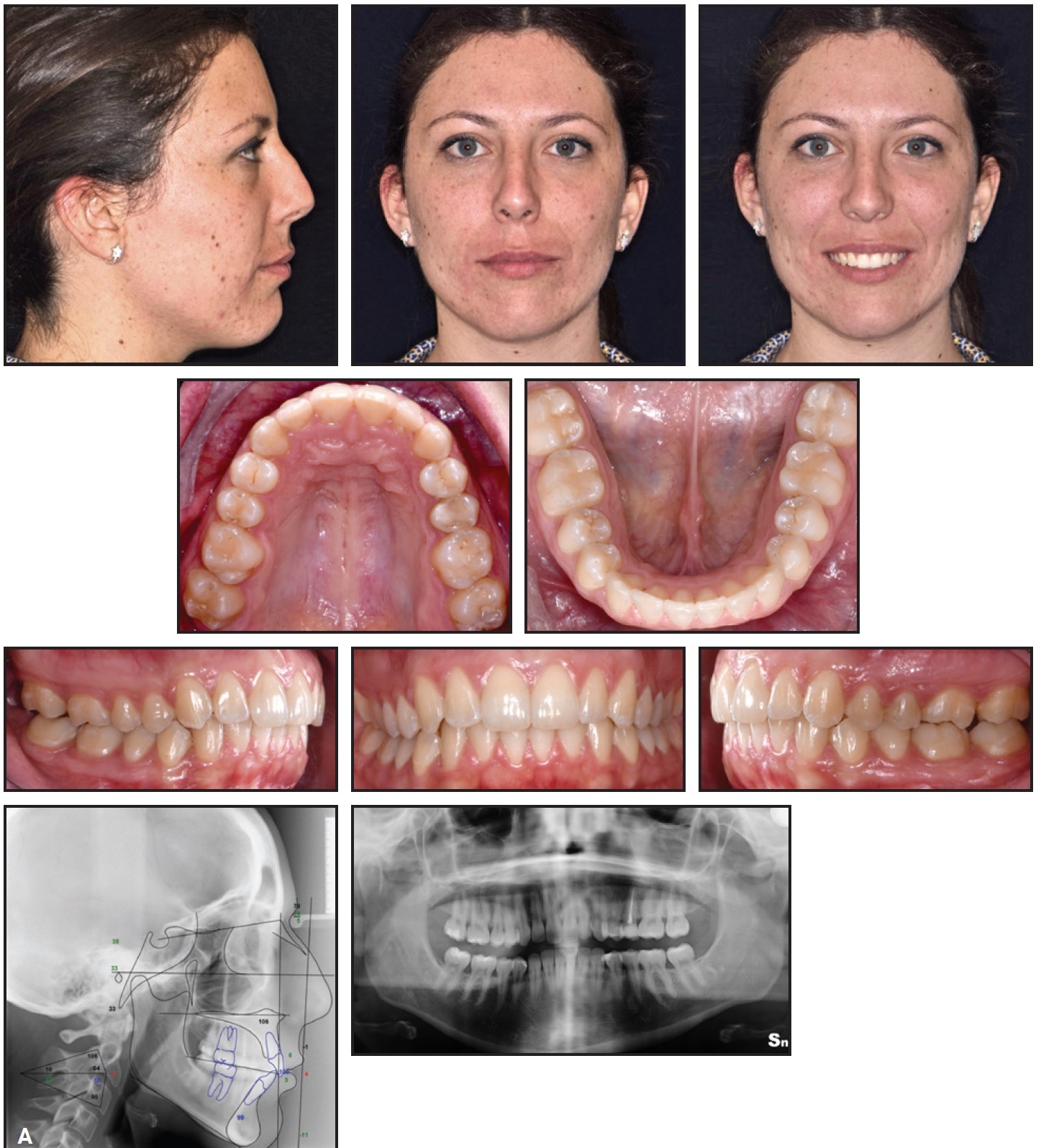 Fig. 8 A. Patient after 10 months of treatment (continued in next image).

Both the lip competence and the anterior dental display in smiling were improved. The Class I molar and canine relationships were preserved, the anterior crowding and malalignment were corrected, the midlines were fully centered, and satisfactory overjet and overbite were attained. The scissor bite on the right side was resolved (Fig. 8B. 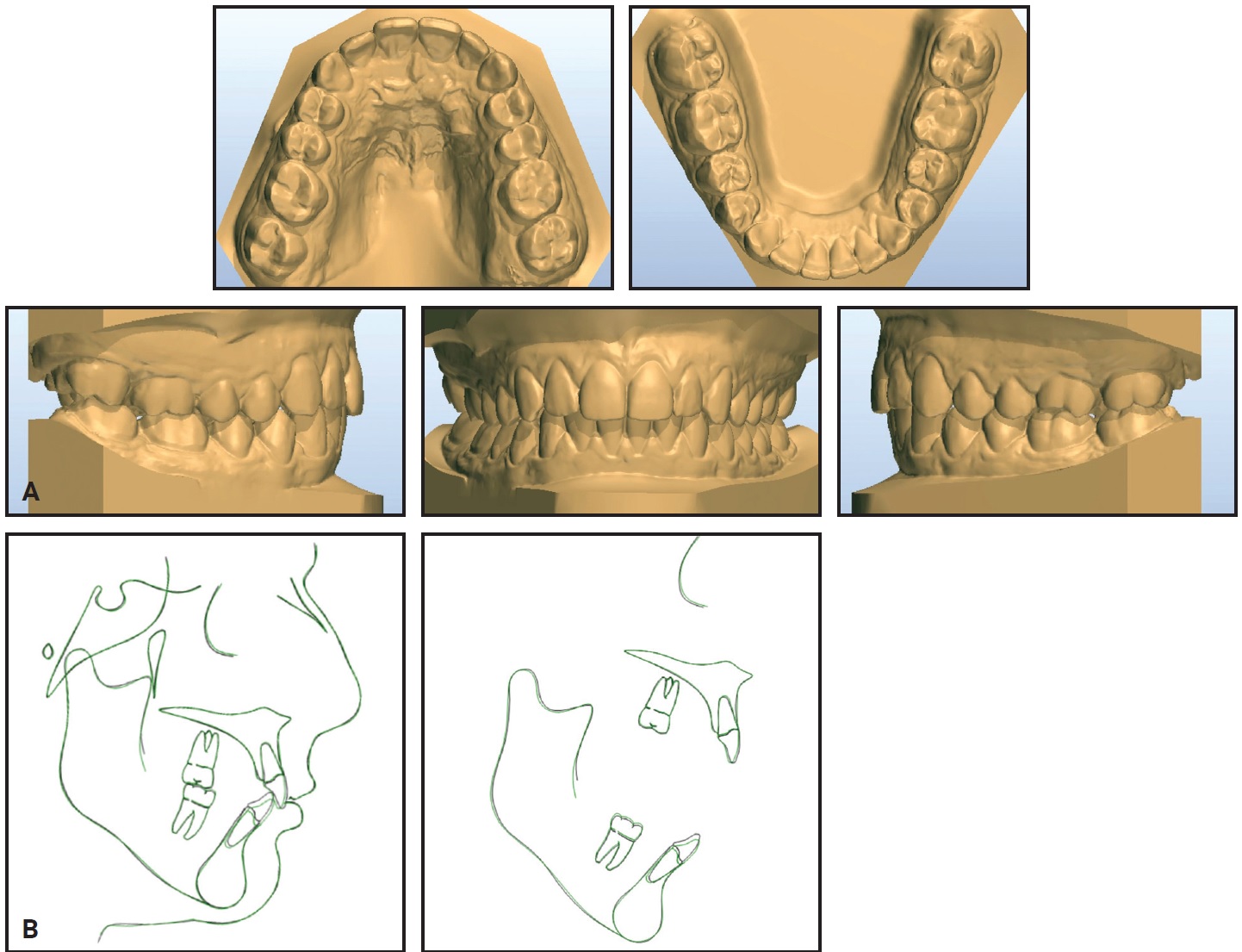 Fig. 8 (cont.) A. Patient after 10 months of treatment. B. Superimposition of pre- and post-treatment cephalometric tracings.

The post-treatment panoramic radiograph showed good root parallelism with no signs of root resorption or bone defects. Cephalometric analysis confirmed retroclination of the upper anterior teeth and slight intrusion and proclination of the lower teeth (Table 1). The skeletal divergence did not worsen, and a proper vertical facial relationship was maintained.

This report shows how a complex case with a posterior scissor bite can be treated by means of a hybrid aligner approach involving aligners and other auxiliaries. Correction of the scissor bite was imperative not only because of its potential to compromise periodontal health, but also because the patient complained of traumatic biting of the inner right cheek. It was impossible to use full lingual appliances, and the patient declined a combination of lingual brackets with buccal tubes on the upper and lower right second molars.14 We therefore attempted to correct the malocclusion using clear aligner therapy, even though there was little chance of completely resolving the scissor bite. In fact, after two months, we decided to cut off the remaining aligners distal to the first molars to complete the alignment of both arches.

Before digital impressions were taken for the refinement stage, we planned to correct the scissor bite using sectional appliances with miniscrew anchorage. Combined with criss-cross elastics and the favorable mechanical and esthetic properties of the F22 aligners,4 this created the system of forces and moments required to resolve the scissor bite without compromising the patient’s periodontal health.15

In the second phase of our treatment, the occlusion and the anterior alignment were improved by clear aligner therapy while the scissor bite was corrected by the fixed component. Comparison of pre- and post-treatment cephalometric tracings showed that only dentoalveolar effects were obtained, including retroclination of the upper anterior segment and intrusion and proclination of the lower anterior teeth (Fig. 8B). The superimpositions demonstrated proper control of the patient’s skeletal divergence.

Dr. Palone is a researcher and Dr. Casella is a resident, Department of Orthodontics, University of Ferrara, Via Luigi Borsari 46, Ferrara 44121, Italy. Dr. Cervinara is in the private practice of orthodontics in Bari, Italy. Dr. Siciliani is Chairman, School of Dentistry, and Dr. Lombardo is Associate Professor and Chairman, Postgraduate School of Orthodontics, University of Ferrara, Italy. E-mail Dr. Palone at mario.palone88@gmail.com. 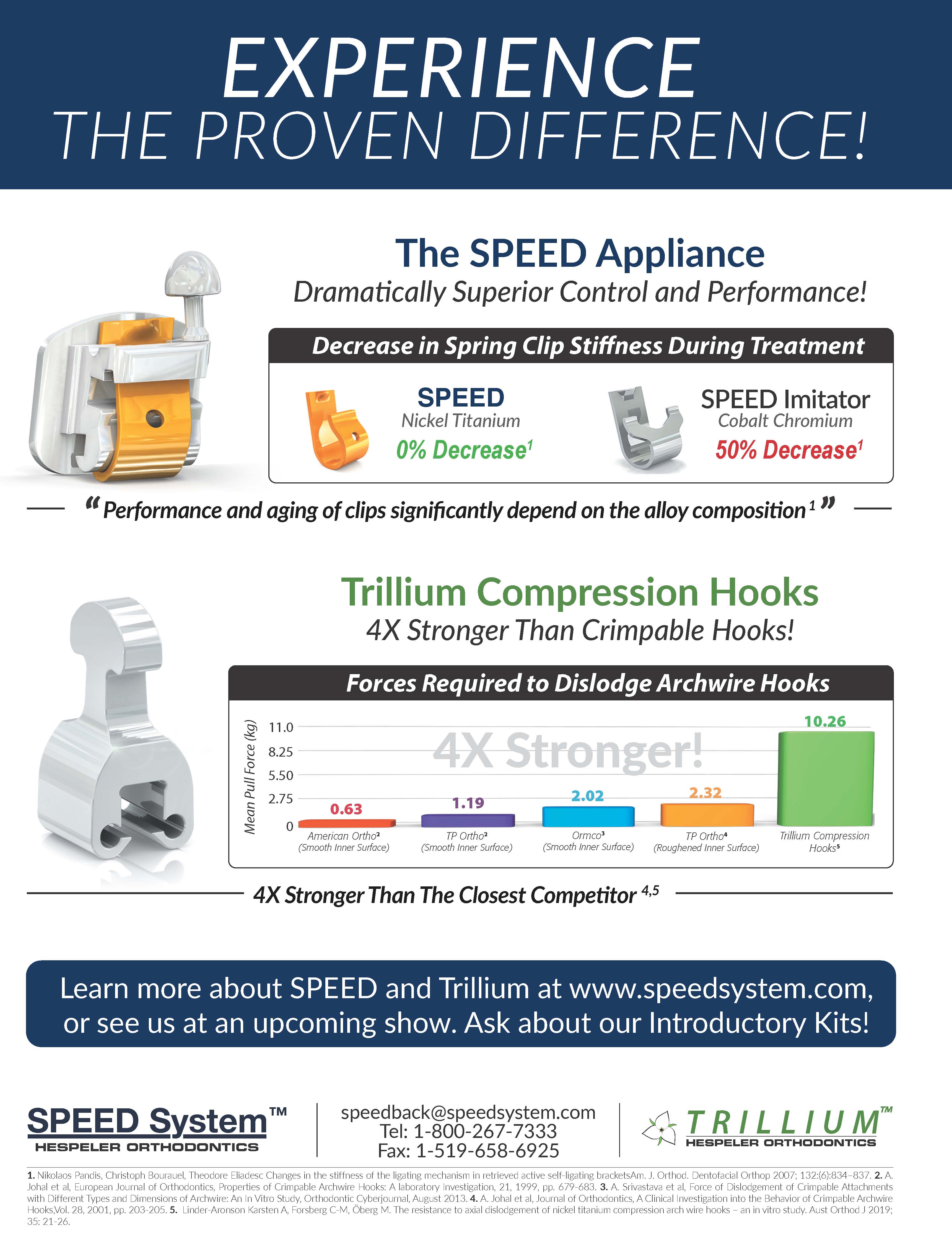 Fig. 1A 27-year-old female patient with borderline Class I molar and canine relationships, moderate crowding in both arches, and scissor bite involving upper and lower right second molars before treatment (continued in next image)

Fig. 4 After four months and 20 days of treatment (end of first phase).

Fig. 7 A. Beginning of refinement stage, five months after start of treatment. B. One month later, with .019" × .025" nickel titanium sectional archwires placed in both arches and criss-cross elastics continued.

Fig. 8A A. Patient after 10 months of treatment (continued in next image).

Fig. 8B (cont.) A. Patient after 10 months of treatment. B. Superimposition of pre- and post-treatment cephalometric tracings. 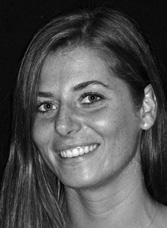 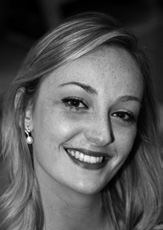 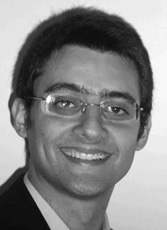