This special issue of JCO is devoted to the treatment of complex cases with aligner therapy. I will admit to being fascinated with the concept behind aligner orthodontics since it was introduced in the late 1990s. Since my first educational exposure to orthodontics back in dental school, I had felt like forcing teeth to move with metal (or ceramic) brackets, springy wires, actual springs, or rubber bands was a rather harsh, if not barbaric, way of doing things. While I never had braces myself, I remembered my friends in junior high and high school expressing tremendous discomfort when their appliances were first “installed,” and then for several days after each monthly appointment. As a high school athlete, I saw several horrific injuries to the lips and buccal mucosa of kids wearing braces who had the misfortune of accidentally getting hit in the mouth with a ball or a foot. Later, as a general dentist on hospital emergency call, I found out there is no way to suture such injuries closed. I couldn’t help but think there had to be a better way.

After returning to school to become an ortho­dontist, I came to enjoy the intricacies of bracket placement and wirebending, but I never lost that sense that there had to be a better way. Therefore, I was excited, if not ecstatic, when Invi­salign hit the orthodontic market in 1999, and I be­came an “Early Adopter.” I tried simple cases at first, per Align’s instructions: Class I diastema closures, minor rotations, mild crowding or spacing. They all worked well, and the patients were generally delighted with both the process and the outcome. My enthusiasm grew along with my skills and confidence and, over the following 20 years, I gradually tried more and more complex cases. Of course, we all learn more from our mistakes than we do from our successes, and I made plenty of mistakes—but learn I did.

In the early days, we were told in our Invis­align certification class that it was best not to try extraction cases, so I followed that advice. Then one day, a young woman presented in my office asking for aligner treatment. She had graduated from medical school in her native India a few months before and had just started a residency in radiology at the hospital affiliated with the University of Southern California, where my faculty practice was located. This patient had a low-angle Class II, division 1 malocclusion with severe crowding and had already had her upper first premolars and lower second premolars extracted back in India. She did not want braces on her teeth during her residency, however, and asked that I use Invisalign. I told her that I was willing to try if she agreed to follow my instructions precisely, to which she readily agreed. She came in on a weekly basis so I could follow the case closely, and her compliance was perfect. We ended up with an absolutely beautiful result. Emboldened by that success, I went on to use aligners in a variety of cases that would be considered “complex”: surgical patients, Class IIs, Class IIIs, severe crowding, and more. The articles presented in this issue bear out my assertion that any type of case can now be treated with aligners.

Soon after I became proficient with aligner therapy, I predicted that it would become the dominant orthodontic technique worldwide. Based on figures I have seen, that is now the case. Over the past 20 years, other systems have entered the market to compete with Invisalign, but aligners clearly work. To expand on a statement that I made in our last special aligner edition (JCO, December 2018)—and there are orthodontists out there who will still consider it heretical—I believe conventional braces will become obsolete over the next 10-15 years. We’ll continue to follow the progress of aligner therapy and see if I’m right. 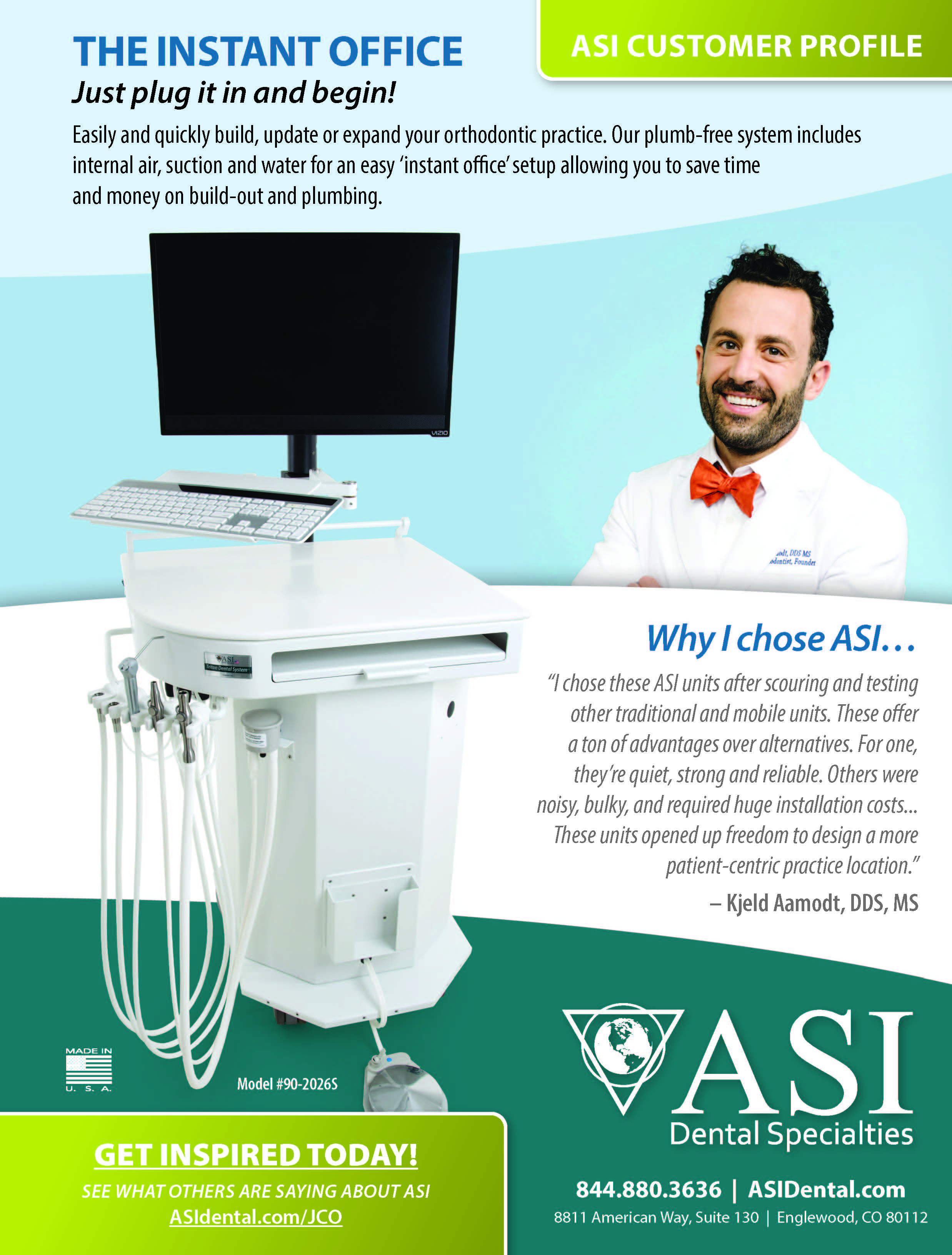