The year 1981 was a rather momentous year for me, both personally and professionally. My younger son—the second of my four children—was born, I graduated from dental school, and I began my clinical career. Coincidentally, 1981 was also a momentous year for the Journal of Clinical Orthodontics, because the first JCO Orthodontic Practice Study was conducted that year. It was one of the many groundbreaking contributions to the profession by JCO’s late Founding Editor, Dr. Eugene L. Gottlieb. The first questionnaire and methodology were developed with the help of two professors from the University of Colorado School of Dentistry, Drs. Larry Domer and David Johnson. As Gene Gottlieb stated in The Editor’s Corner accompanying that first report (September 1981), “JCO has just completed the broadest practice study ever in orthodontics and we are ready to report the results to you. Beginning in this issue, we are presenting a series of articles that will use the data to answer some of the most interesting and important questions about the economics and administrative management of orthodontic practice. . . . The data from the study and analyses of the data will provide orthodontists with a yardstick to measure their practices by and important tools for making decisions about the future course and management of their practices.”

The 1981 Practice Study was reported in a series of five articles. Since then, the number of articles has been reduced to three, but the questions and results have stayed remarkably consistent. Over 38 years, the biennial JCO Practice Study has become the profession’s definitive reference on the state of our economic condition and on methods used for practice administration. It is not only a valuable source of factual information, but as Gene predicted, a hallmark by which virtually all orthodontists compare their practices to the national averages. I have to admit that it also served as a source of comfort to me in the early years of my practice, when I was still wondering whether I could make it as an orthodontist. (I did.)

In this issue, we present the first part of the 20th biennial JCO Orthodontic Practice Study, focusing on overall trends in the specialty, with an emphasis on changes seen since our last survey. As always, we’d like to thank the hundreds of orthodontists who contributed their practice data and thus benefited their colleagues.

Thinking back to 1981, I remember the fear and trepidation I had as I entered practice. Back then, we were told by a variety of sources that “things aren’t what they used to be” and that the Golden Age of Orthodontics was long gone. But when I examine this Practice Study report, I can’t help but notice the upward slope of almost all of our indicator curves. Rather than the good times being long gone, things have steadily gotten better. The very first finding reported herein: “Median gross income, operating expenses, and net income all rose to their highest levels ever.” It is hard to argue with that as a positive outcome. Similarly, median gross and net incomes rose by rather comfortable margins, while overhead remained constant at 56%, which is actually down from 2015’s all-time high of 59%.

To this day, I still find comfort in such findings. I trust that the results of the survey will serve you not only as a source of valuable comparative information but of practical, professional reassurance as well.

In the Pearl on “Mini-Implants as Bone Maintainers” by Drs. Ciarlantini, Laino, and Melsen (JCO, August 2019), the radiographs in figures B and C were interchanged due to a production error. Figure B should show the newly placed mini-implant, and C the increased bone density two years later. The version in our Online Archive is now correct. 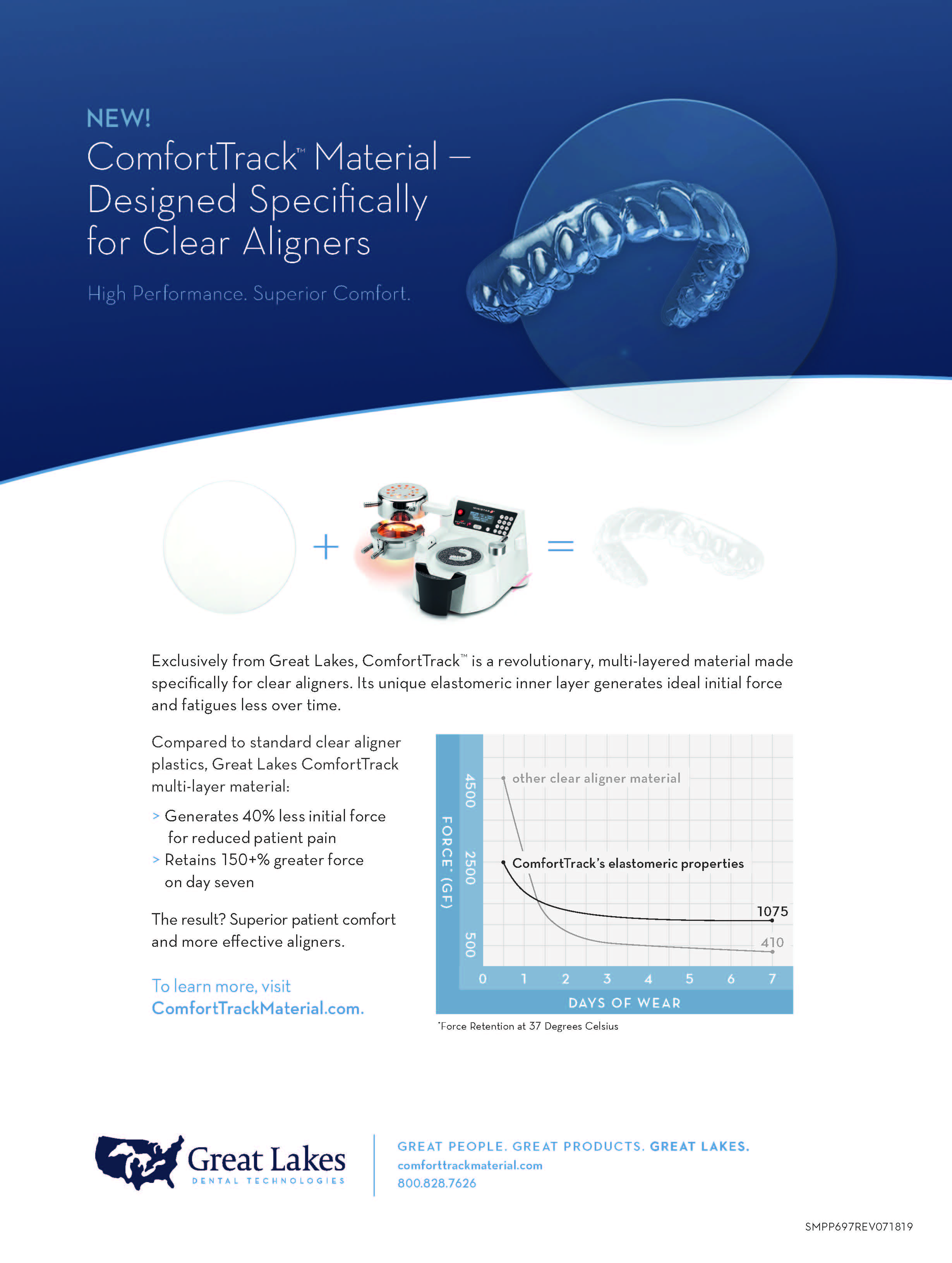