During orthodontic treatment, a transpalatal arch (TPA) can be used as an adjunctive device to help control movement of the maxillary first molars in three dimensions, including rotations, uprighting, and maintenance of posterior transverse width.6-8 Other applications of a TPA are to maintain leeway space or provide additional anchorage for active tooth movement. Modified versions can be used for space maintenance or intrusion.

This article demonstrates how a transposed upper canine and first premolar can be aligned in their transposed positions with a modified TPA, followed by Class II correction with Forsus Fatigue Resistant Devices* (FRDs).

A 19-year-old female presented with the chief complaint of a gap in her upper front teeth (Fig. 1). 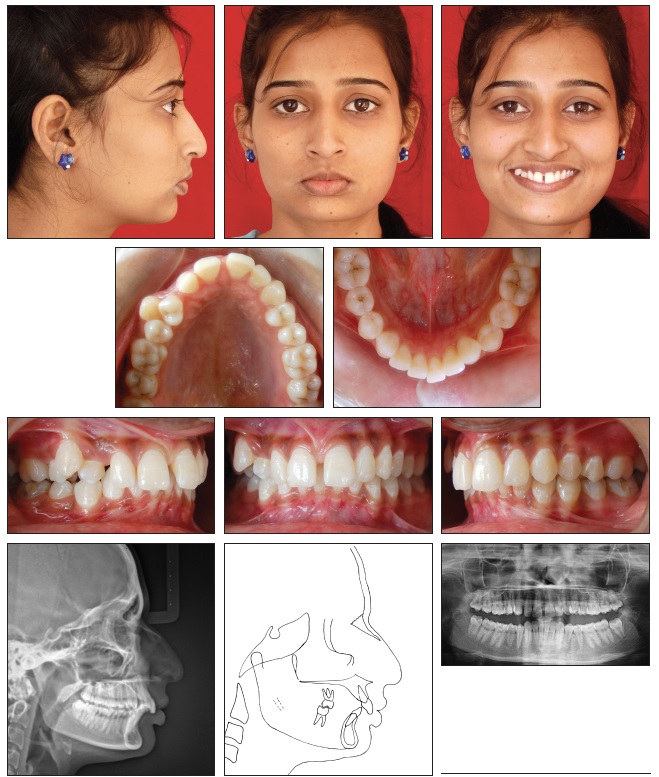 On clinical examination, the patient showed a meso­prosopic facial form with a convex profile and normal nasolabial angle, everted lower lip, and deep mentolabial sulcus. A midline diastema was associated with a high labial frenal attachment, and the upper midline was shifted 2mm to the right compared with the facial midline. The upper right canine was transposed with the first premolar. The patient had Class II molar relationships on both sides and a Class II canine relationship on the left, with an overjet of 11mm and an overbite of 6mm. Cephalometric examination indicated a skeletal Class II malocclusion (ANB = 5°) with a normal maxilla (SNA = 79°), a retrognathic mandible (SNB = 74°), and slightly proclined upper and lower incisors (Table 1). The growth pattern was horizontal. The panoramic radiograph confirmed the presence of all teeth, including the third molars.

Treatment objectives were to align the transposed canine and first premolar in their respective locations, establish a Class I molar relationship, correct the midline diastema and high frenal attachment, achieve normal overjet and overbite, and obtain a harmonious soft-tissue profile and improved dental esthetics.

Extraction of the upper right first premolar was one treatment option. Nonextraction treatment would require either moving the transposed teeth to their normal positions or aligning them in the transposed positions. We chose to maintain the first premolar and canine in their transposed positions. Because the patient had a horizontal growth pattern with a convex profile, harmonious nasolabial angle, and passive lip seal, we planned to use a fixed functional appliance, the Forsus FRD, to achieve the other treatment goals. Subsequent gingival contouring and coronoplasty were recommended for the first premolar.

The upper and lower arches were bonded with .022" MBT* preadjusted brackets. Except for the transposed upper right canine, all teeth were aligned with initial .016" nickel titanium archwires, which were progressively increased to .019" × .025" stainless steel over six months.

To align the transposed canine, a modified TPA was fabricated from 20-gauge stainless steel wire** (Fig. 2). An additional wire was soldered to the right arm and extended horizontally to the distal surface of the lateral incisor, where it was bent into a hook. A Begg bracket was bonded to the palatal surface of the first premolar, and the modified TPA was activated monthly by attaching a medium-spaced elastomeric chain from the hook to the bracket and securing it with .009" ligature wire. On the buccal side, an open-coil spring was placed between the upper right first and second premolars to counteract the mesiobuccal rotation of the first premolar.

After three months, enough space had been created to begin canine alignment. A Begg bracket was bonded to the lingual surface of the upper right canine and connected to the TPA with elastomeric chain (Fig. 3).

The open-coil spring was removed and a new .019" × .025" stainless steel archwire was inserted, with a step-down bend placed near the upper right canine to avoid interfering with palatal movement of the canine. The transposed upper right canine and first premolar were brought into alignment in five months.

After another four months of applying palatal root torque to the upper right canine ([img=4]Fig. 4[/img), a Forsus FRD was placed on each side, extending from the upper first molars to the distal aspects of the lower canines (Fig. 5).

The patient was recalled every four to five weeks for the next six months, until Class I canine and molar relationships were achieved and the appliances were removed (Fig. 6). 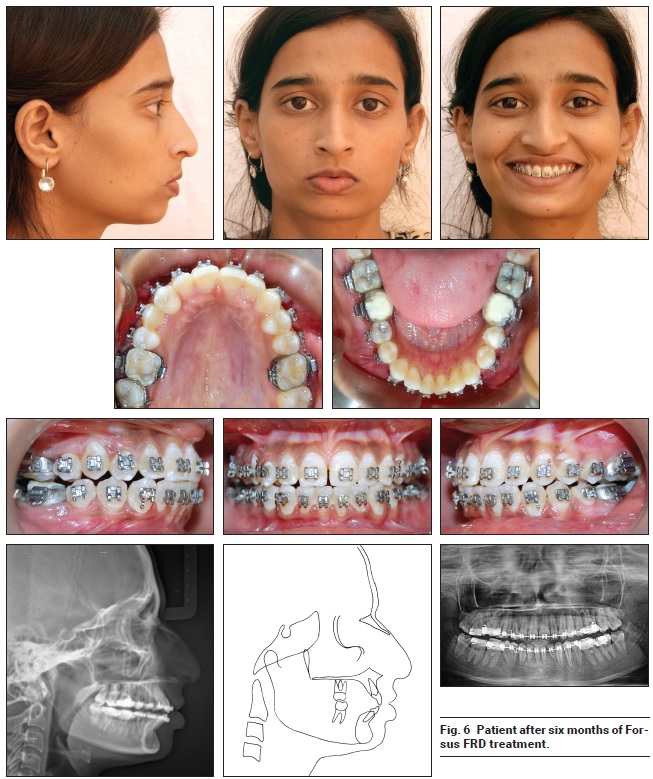 During the next four months of finishing and detailing, a slight negative crown torque was incorporated into the brackets to help make the upper right first premolar look as similar as possible to an upper canine. A frenectomy was performed to correct the high frenal attachment. After debonding, upper and lower removable Essix*** retainers were delivered. 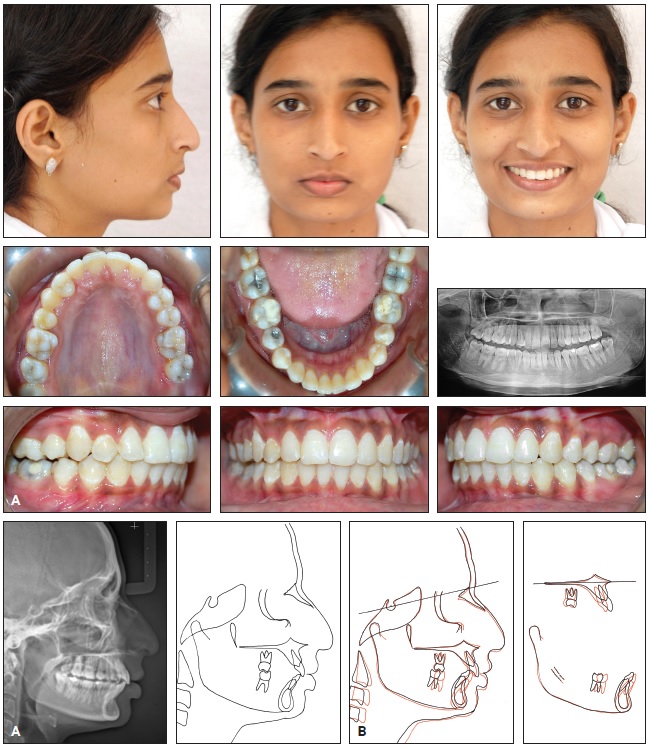 Fig. 7 A. Patient after total 30 months of treatment. B. Superimposition of pre- and post-treatment cephalometric tracings.

Favorable skeletal, dental, and soft-tissue relationships were achieved. Bilateral Class I molar relationships and a left-side Class I canine relationship were established, with a 2mm overjet and 2mm overbite. Both skeletal and dental parameters were improved: the SNA angle decreased by 1°, SNB increased by 2°, and ANB decreased by 3° (Table 1). The upper incisors moved back about 2mm. The mandibular dentition exhibited a substantial sagittal advancement, with the incisors moving 3mm forward and the molars 4mm forward. The increased lower facial height and improved mentolabial sulcus and lower-lip profile enhanced the soft-tissue profile. A post-treatment panoramic radiograph showed parallel roots at the end of treatment. Skeletal and dental results remained stable one year later (Fig. 8).

Maxillary canine-premolar transposition is the most common type of transposition seen by orthodontists.9,10 Various extraction or non­extraction treatment methods have been proposed.11-13 If the transposition is severe, any attempt to reposition the transposed teeth will affect the crowns and roots and may damage the supporting tissues. Therefore, the teeth are usually aligned in their transposed positions. In the case reported here, considering the patient’s age and the direction of tooth movement, we decided to follow this non­extraction approach.

Upper premolar substitution may worsen smile esthetics because the premolar is shorter than the canine. This difference may also create vertical discrepancies in the gingival levels or occlusal margins, requiring occlusal adjustments to achieve proper finishing. Although we explained these issues to the patient, she was satisfied with the results and chose to accept the premolar without a coronoplasty or gingival contouring.

Either canine guidance or group function is important for an interference-free occlusal relationship.14 The decision of which to establish depends on individual details such as preexisting dental relationships, the crown-root ratio, and the degree of mobility of the involved teeth. In our patient, once group function was achieved, the palatal cusps of the transposed premolar did not interfere with protrusive or lateral mandibular movements on the right side.

Several techniques have been employed to mesialize a first premolar so that a canine can be aligned in its transposed position. In this case, we used a modified TPA—an approach that has not previously been described. At the end of treatment, the primary dentoalveolar changes were a lingual inclination and slight intrusion of the upper incisors and a labial inclination, intrusion, and mesialization of the lower incisors, as seen in previous reports.14-19 We observed no skeletal changes, such as effective growth of the bony bases in the sagittal direction. Only a small increase in anterior facial height, mainly attributable to clockwise rotation of the mandibular plane, resulted from the dentoalveolar movement.

A maxillary midline deviation of as much as 4mm has been found to be undetectable by both general dentists and lay persons, whereas even a 2mm deviation in incisor angulation is noticeably unappealing.20 In this case, while the upper midline was still deviated 2mm to the right after treatment, the patient was pleased with her appearance. 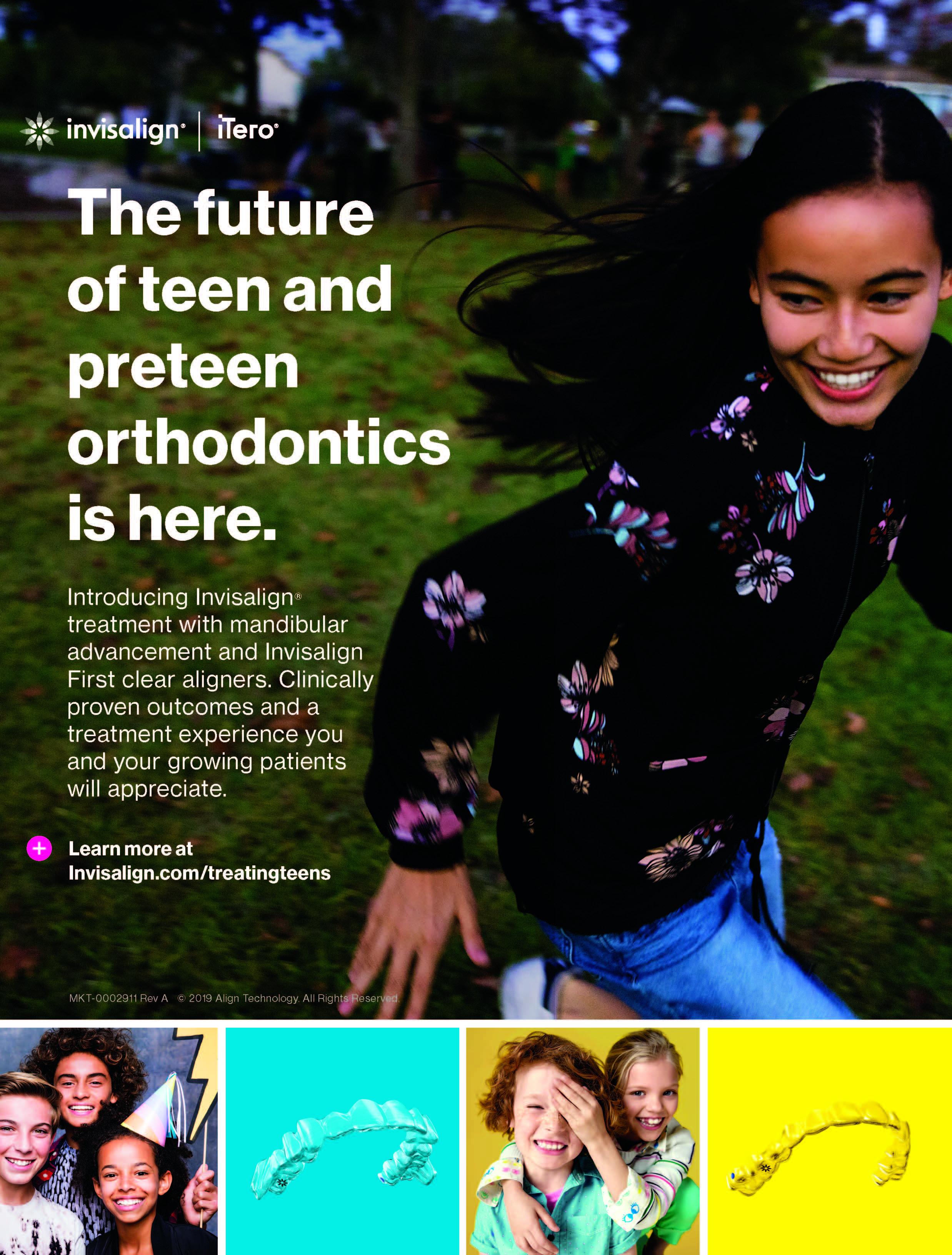 Fig. 7 A. Patient after total 30 months of treatment. B. Superimposition of pre- and post-treatment cephalometric tracings. 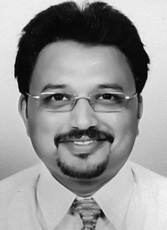