A New Category of Lingual Treatment

Patients have demanded “esthetic” or essentially “invisible” orthodontic appliances as long as there have been orthodontic appliances. Although the origins of the first orthodontic systems remain lost in the dim mists of ancient history, a quick Google search verifies that Egyptian mummies have been found with crude metal bands around their teeth, and that pressure may have been applied to move those teeth using catgut “archwires.” I can just imagine an Egyptian proto-orthodontist, perhaps 4,000 years ago, applying gold bands to a patient’s teeth and tying in the catgut to move them, only to hear the patient whine, upon first seeing the braces in the mirror, “Ick! They are so ugly! Can’t you straighten my teeth without all these ugly things?!” Thus began the age-old quest for “invisible braces.”

Tooth-colored brackets and wires were among the first modern responses to this challenge. I was still in my residency when ceramic brackets came out. As I remember, they were brought to market following extensive research on their bond strength to etched enamel, which turned out to be great. Too great, in fact—to the point that various catastrophes occurred when it was time to debond. Another concept, plastic brackets, worked great for the first year, until the slots and tie wings wore out and the brackets became useless: no wire expression, and no way to tie in the wire anyway. Most of the bugs have been worked out of these esthetic brackets, but they are still only “esthetic,” not invisible.

When direct bonding became possible with the introduction of new composites around 1975, it occurred to orthodontists in various parts of the world that brackets could now be bonded to the lingual surfaces of the teeth. Lingual appliances were developed almost simultaneously in both Japan and the United States. As with tooth-colored brackets, however, they achieved immediate success only to be met with severe disappointment from both clinicians and patients. In my graduate program, we were supposed to find a “suitable” lingual case if we could. My wife had been wanting orthodontic treatment for some time. While her smile was quite attractive, she had an anterior open bite and wanted to be able to bite through the lettuce on a sandwich. Like most anterior open bites not caused by tongue or digit habits, hers was accompanied by a high mandibular plane angle. Looking back, that was a recipe for disaster with lingual braces, but I was young and willing to try anything under supervision. My wife was never able to tolerate the lingual appliances because of the tongue soreness and speech problems. She lasted almost a year, but I had to finish her with ceramic brackets.

With the advent of Invisalign in 1997, it seemed that our quest for an invisible appliance might have come to an end. As an “Early Adopter,” I am now willing to take on any case with aligners, but it took me a long time to get to that point. Many orthodontists still prefer fixed appliances, and there are many patients, including extraction and surgical-orthodontic cases, who are still difficult to treat with anything other than brackets and wires. Although these cases could be handled with ceramic or ceramic-plastic hybrid brackets, the demand for invisible lingual treatment remains.

I am unaware of any statistics on the subject, but I have the impression that lingual braces have always been more popular in Europe and Japan than in the United States. That may be about to change. In this issue of JCO, Drs. Tong, Weissheimer, Pham, Lee, and Redmond introduce the INBRACE orthodontic system with its Smartwire technology. This new lingual appliance takes advantage of many recent advances in orthodontic bioengineering, including indirect bonding, self-ligation (with its “friction-free” advantages), and computer-aided design and manufacturing.

Having reviewed the system a year ago with Dr. Redmond, I have to say that I am impressed. Most of the problems associated with first-generation lingual appliances have been overcome. In the words of the authors, “It is a transformational technology that creates its own category of lingual treatment.” Let me know what you think. 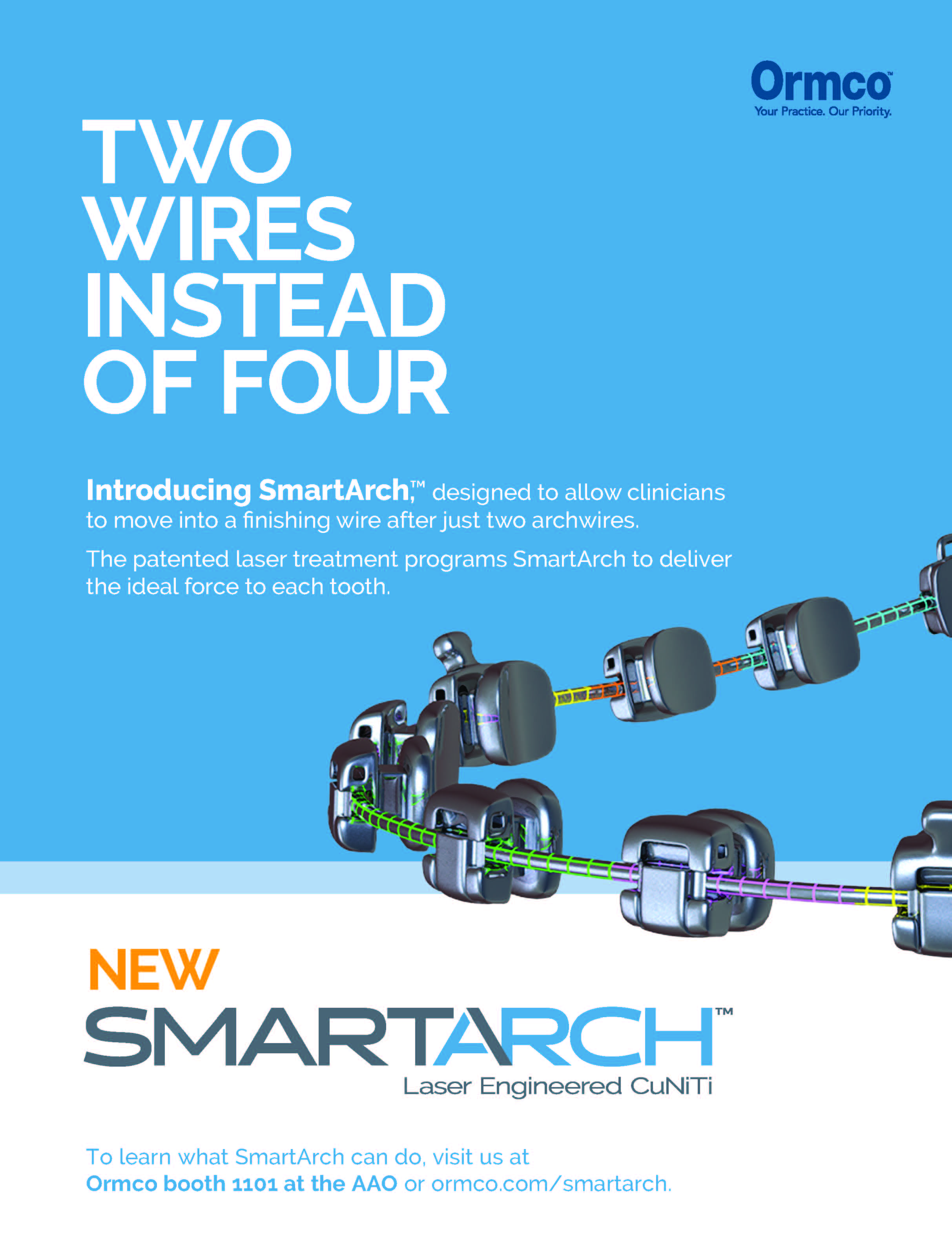