Treatment of patients with skeletal open bite—usually characterized by downward and backward rotation of the mandible and vertical overgrowth of the maxilla—has always been challenging for orthodontists.1 In adolescents, treatment has traditionally been aimed at inhibiting vertical maxillary growth by means of appliances such as posterior bite blocks, active vertical correctors with magnets, high-pull headgear, and vertical-pull chin cups.2-4 In nongrowing patients, however, treatment of severe skeletal anterior open bite has usually required maxillary or mandibular surgery or a combination of the two with Le Fort I posterior maxillary impaction.5

If the patient declines surgery because of its potential risks and costs,1 alternative procedures include extraction therapy,2 the multiple loop edgewise archwire (MEAW) technique,6 or the application of nickel titanium archwires with short intermaxillary elastics.7 Although these methods can increase overbite and provide acceptable inter­incisal relationships, their soft-tissue results are often unsatisfactory because the skeletal components remain unchanged. Moreover, it is inadvisable to elongate anterior teeth that are already beyond the limits of eruption.3,4

In recent years, miniscrews6,8 and mini­plates9,10 have been shown to be effective in providing skeletal anchorage for correction of skeletal open bite by molar intrusion. This case report describes en-masse intrusion of the upper posterior teeth and anterior rotation of the mandible using a triple intrusion system consisting of multipurpose implants* (MPIs), posterior maxillary cap splints, and palatal miniscrews.

An 18-year-old female with the chief complaint of “ineffective chewing” was referred to the Department of Orthodontics, Ankara University (Fig. 1). 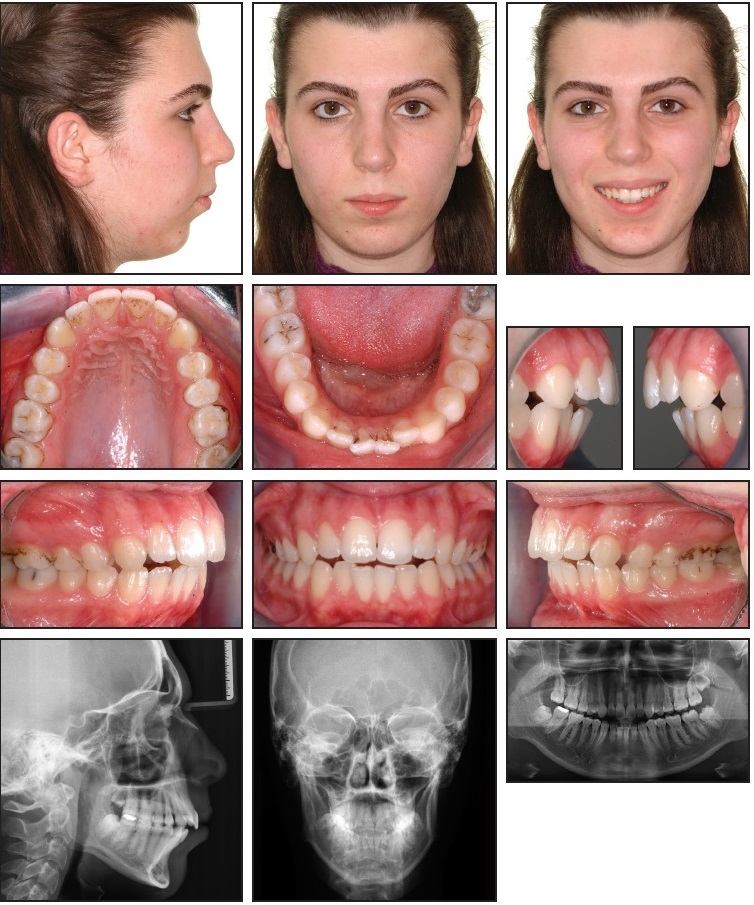 Clinical examination found a symmetrical face, a convex profile, a retrusive contour-deficient chin, and both mentalis and lip strain upon lip closure. The patient had a tongue-thrust swallowing pattern and breathed mainly through the nose. Cast analysis revealed 2.5mm of lower crowding, a 6mm overjet, and a 1mm anterior open bite, with a lack of occlusal contact from canine to canine. The curve of Spee was accentuated, and the upper occlusal plane was markedly inclined in an upward direction. Canine and molar relationships were Class II; the dental midlines were nearly coincident with each other and with the facial midline. The patient exhibited 100% incisor display but no gingival exposure on smiling. 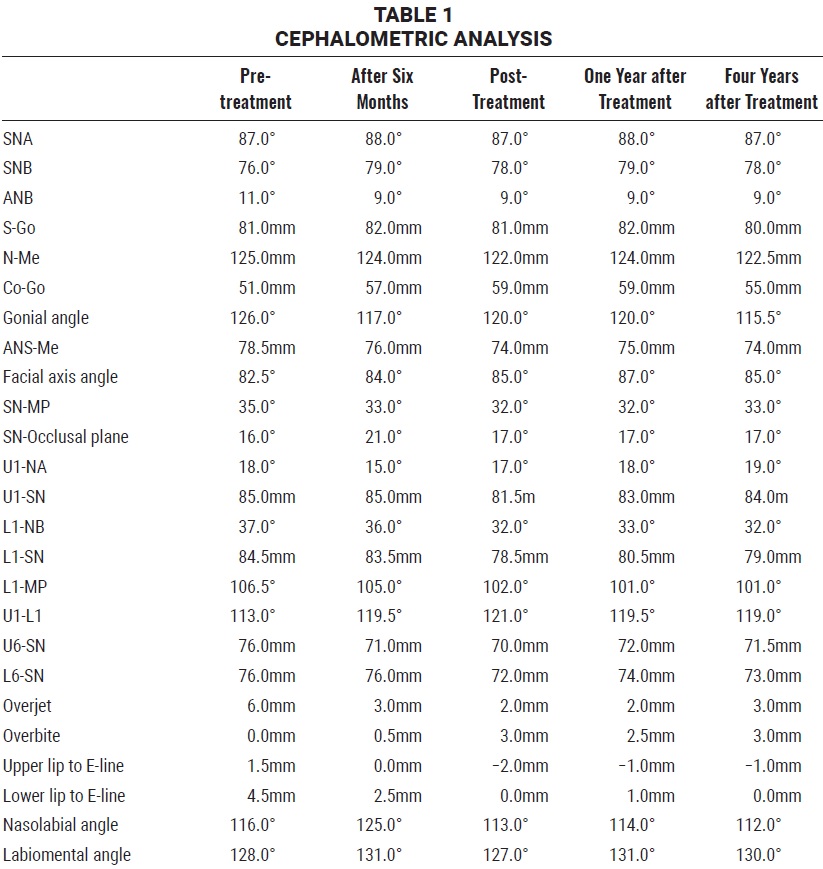 The facial pattern was hyperdivergent, as evidenced by a high FMA (28°), and lower anterior facial height (ANS-Me) was excessive, with a steep mandibular plane. Soft-tissue profile analysis showed protrusive upper and lower lips according to the Ricketts E-line, with a poor chin-throat angle. Functional assessment evidenced no discrepancy between centric relation and centric occlusion.

The treatment objectives were to intrude the maxillary posterior segments, reduce the anterior open bite by means of anterior mandibular rotation without extruding the anterior teeth, obtain ideal overbite and overjet, establish Class I canine and molar relationships, modify the tongue habit with anterior guidance, and provide a satisfactory chin projection.

Because the underlying malocclusion involved mandibular deficiency and vertical excess of the maxillary posterior dentoalveolar structures, and because redirection of growth and dento­alveolar eruption was impossible in this adult patient, a Le Fort I intrusion osteotomy was recommended for superior repositioning of the posterior maxillary region and a mandibular ramus osteotomy for further advancement of the mandible.5,14 The patient refused this surgical approach.

Nonsurgical alternatives included a combination of intermaxillary elastics with the MEAW6 technique or nickel titanium archwires,7 or premolar extractions following retraction of the anterior teeth, with the overbite maintained by a drawbridge effect.2,15 Camouflage open-bite treatment in an adult patient is indicated only with a normal craniofacial pattern and limited upper incisor exposure at rest.2,3 Our patient had severe mandibular retrusion, however, so that conventional edgewise treatment would have caused extrusion of the molars and incisors and resulted in posterior and backward rotation of the mandible and worsening of the chin projection.16 For these reasons, we considered posterior intrusion with skeletal anchorage to be the best nonsurgical treatment plan, allowing the mandible to be repositioned upward and forward and promoting better facial esthetics and joint health.6,8-13,17

Several authors have described successful intrusion of the maxillary posterior segments in open-bite patients using anchorage from the inferior border of the zygomatic buttress.6,8-13,17 Transpalatal arches can prevent buccal flaring of the upper posterior teeth,11 but are not rigid enough to prevent anterior buccal flaring and may lead to occlusal interferences. An open Hyrax** screw has been proposed for use with the MPI system,12 but the palatal mucosa could be injured during intrusion. Therefore, to create a balancing and absolute vertical force of intrusion, we planned to insert miniscrews in the palate.

The three impacted third molars were removed to provide space for molar intrusion. An MPI was adjusted to fit the contour of each zygomatic process and fixed by two bone screws (7mm long) under local anesthesia. The long arm of the miniplate was extended into the oral cavity and exposed to allow attachment of a nickel titanium closed-coil spring.***

One week later, the bilateral occlusal cap splints were fabricated. These shallow acrylic bite blocks should be thicker than the posterior freeway space and long enough to cover all the posterior teeth (Fig. 2).

Anterior and posterior hooks were embedded into the buccal and palatal sides of the acrylic blocks for attachment of the coil springs. After the splints were tried in the mouth and primary occlusal contact points were removed, the appliances were attached with glass ionomer cement. Two miniscrews were inserted into the sides of the palate, 5mm apical to the gingival margins of the first molars. When the coil springs were attached from the MPIs and miniscrews to the anterior and posterior hooks on the occlusal cap splints, they applied a total intrusive force of 750-1,000g. The levels of buccal and palatal force were almost equivalent and were closely monitored to avoid crown tipping.

The patient was seen every four weeks, but no fixed appliances were placed while the molars were being intruded. After six months, the posterior occlusal cap splints were removed, and a slight posterior open bite was observed (Fig. 3). 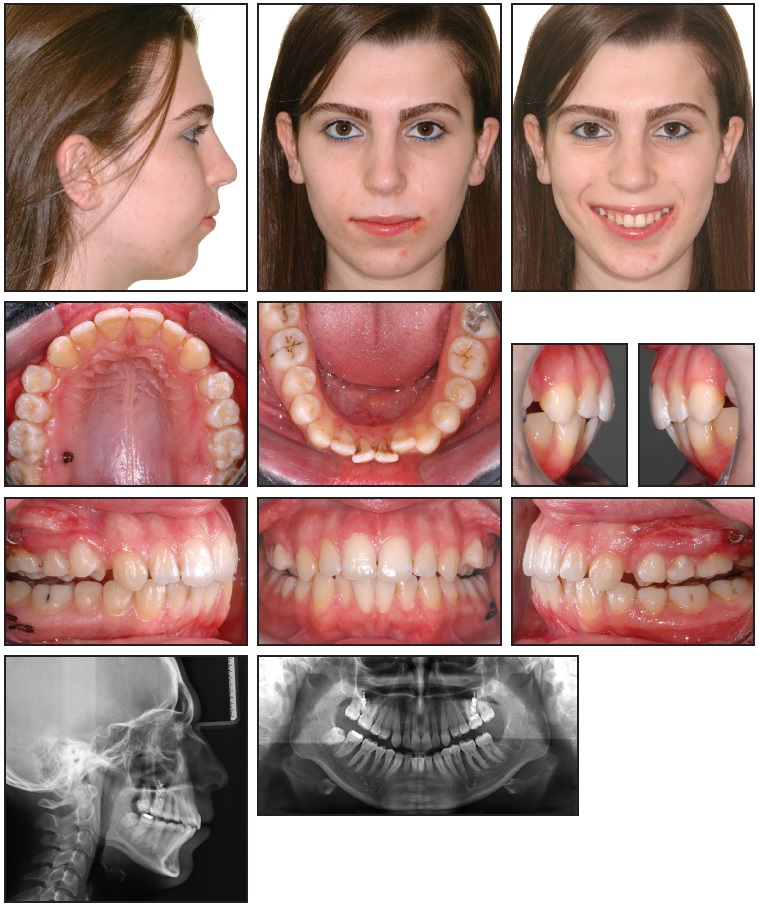 Clinical crown shortening of the intruded teeth, inflammation of the surrounding periodontal tissues, and relative extrusion of the upper canines were also seen during the active intrusion phase. Periodontal crown lengthening was performed to restore anatomical tooth dimensions and dentogingival relationships.

At this point, .018" preadjusted edgewise appliances were bonded in both arches (Fig. 4).

Fig. 4 Intrusion of upper canines with cantilever springs and of upper incisors with Burstone arch.

Total treatment time was 32 months. A removable upper Hawley retainer was delivered to be worn 24 hours per day for one year, and a lower fixed 3-3 retainer was bonded. Both retainers were discontinued one year after treatment.

The retrusive chin and poor chin-throat angle were greatly improved, and both mentalis and lip strain disappeared. Functional occlusion with normal interdigitation was achieved, with the canines and molars in a Class I position. The tongue habit was modified, and the periodontal health improved. No root resorption, caries, periodontal bone loss, condylar changes, or flaring of the upper posterior segments occurred.

Cephalometric superimpositions showed that the open bite was corrected by intrusion of the posterior maxillary dentoalveolar region with accompanying intrusion of the anterior teeth. This allowed the mandible to be repositioned upward and forward. Favorable soft-tissue profile changes were achieved, and the chin projection was improved. Posterior dentoalveolar intrusion produced a counterclockwise rotation of the mandible, resulting in a 2° increase in SNB and a 2° decrease in ANB (Table 1). Anterior rotation of the mandible was confirmed by a 2.5° increase in the facial axis angle. The flattened mandibular plane angle was primarily caused by reduced posterior maxillary vertical height and increased ramus height.

During follow-up observation, the results were seen to remain stable one year (Fig. 6) and four years (Fig. 7) after treatment. 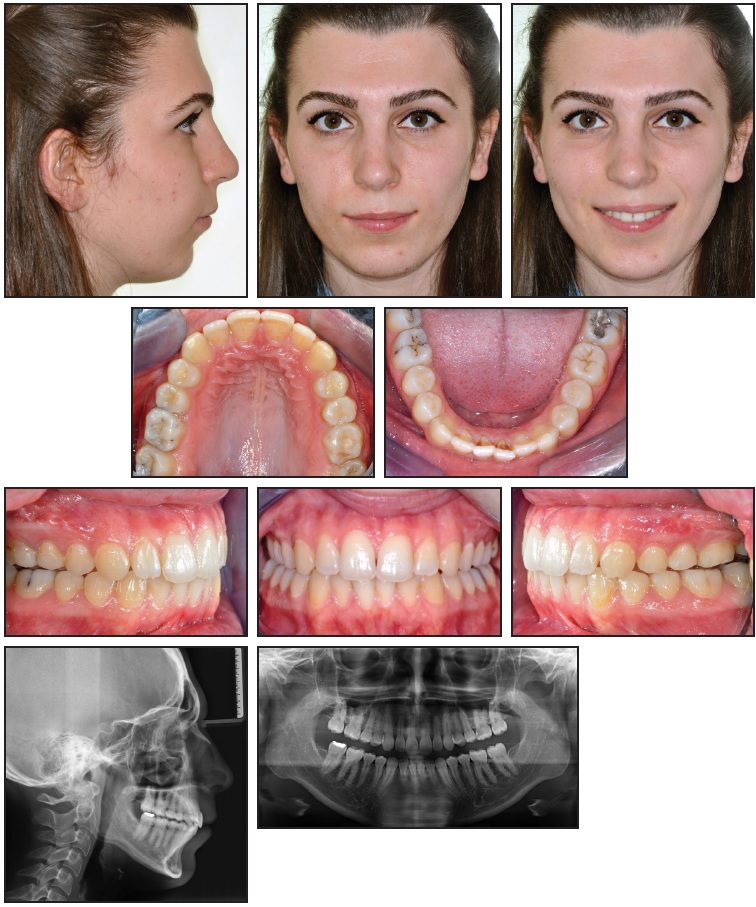 Fig. 7 A. Patient four years after treatment (continued in next image). 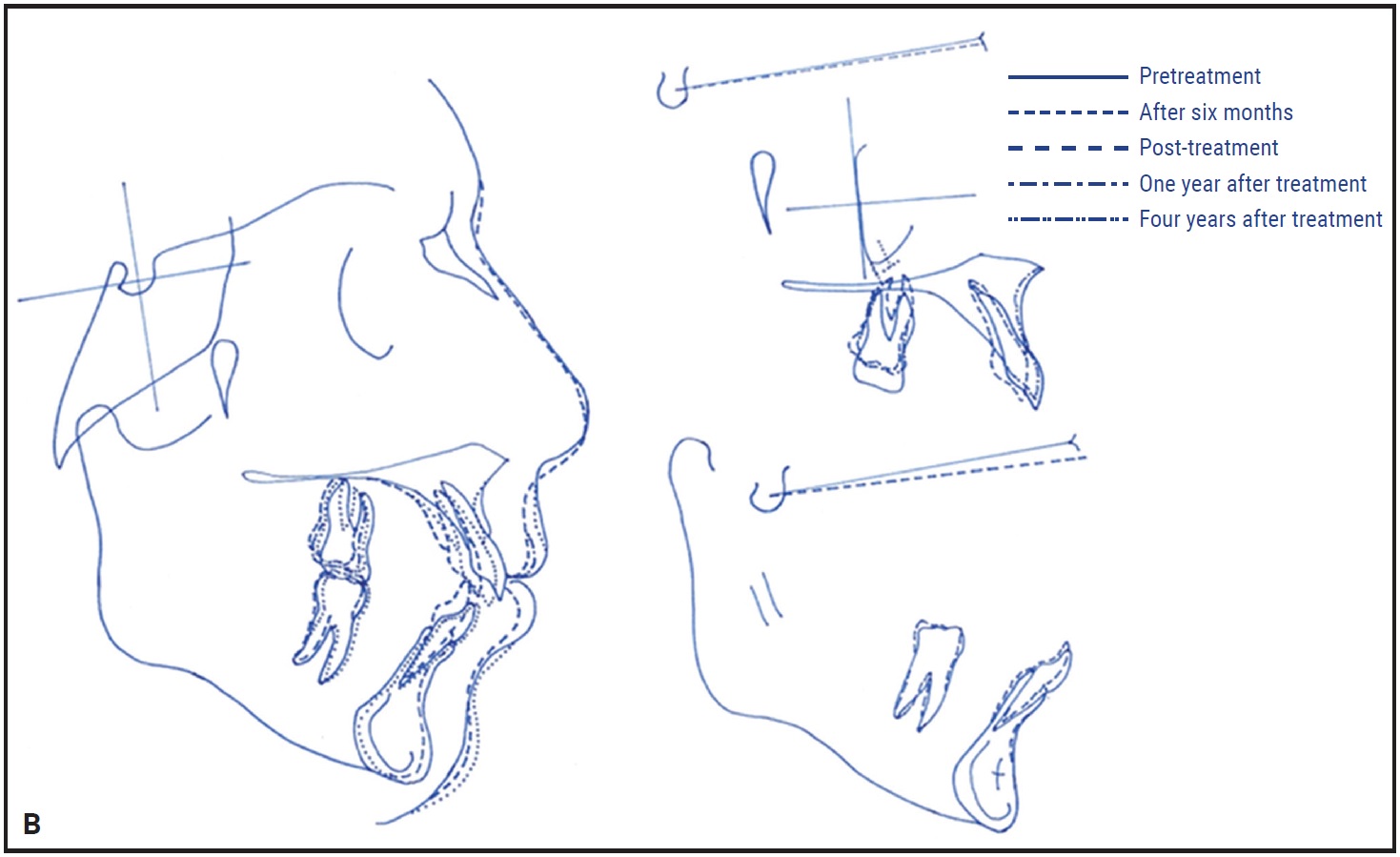 A hyperdivergent facial pattern and retro­gnathic mandible may result from relatively small amounts of vertical condylar growth and large amounts of vertical alveolar and sutural growth, producing a backward rotation of the mandible. In particular, the vertical height of the upper molars (OP-PP) has been shown to play an important role in this backward rotation.18 Because our patient had supererupted molars before treatment, our primary objective was to control the vertical dimension. Establishing vertical control in a patient with skeletal open bite and no remaining growth potential is impossible when using conventional fixed appliances such as the MEAW. Such treatment has a minimal effect on the skeletal pattern and bite; closure is achieved mainly by extrusion and uprighting of the incisors, with no molar intrusion.19,20

Skeletal anchorage makes it possible to reduce facial height by absolute intrusion of the molars without extrusion of the adjacent teeth, resulting in an anterior rotation of the mandible and a reduction in facial convexity.21 We decided to use an MPI system with intraoral attachments that has demonstrated a 92.5% success rate and has been well tolerated by patients.11,12 The dense cortical bone of the zygomatic buttress is ideal for miniplate anchorage and is relatively safe because of its distance from the dental roots.9,11-13,17

Posterior bite blocks have been reported to produce a counterclockwise mandibular rotation by transmitting masticatory muscle forces to the buccal alveolar regions and preventing their vertical growth.22 We made the posterior occlusal cap splints thick enough to exceed the posterior freeway space and thus enable this masticatory muscle force transfer through the acrylic bite blocks.

We used segmental mechanics because posterior intrusion with continuous arch mechanics may result in unwanted tooth movement. Intrusion of the posterior dentoalveolar segment with only an apical force on the buccal side would cause adverse buccal tipping, which can impair posterior occlusion, cause interference between the arches, and limit autorotation of the mandible. Although transpalatal arches or constricted overlay archwires are most commonly used to minimize buccal flaring,11,12 they can impede tongue posture adaptation and should be kept well away from the palate to avoid soft-tissue impingement. The triple intrusion system allows counterbalancing intrusive forces to be applied with no side effects. Although high intrusive forces may play a role in apical root resorption,21 we observed no significant resorption after intrusion of the first molars with anchorage from zygomatic miniplates and palatal miniscrews.

Relapse rates after upper molar intrusion reportedly range from 10% to 30%. Sugawara and colleagues observed an average 30% relapse of the posterior teeth after miniscrew-anchored posterior intrusion.23 Our patient remained stable for at least four years after treatment, with only one year of active retention. Nevertheless, stability might be improved by using strategies such as overcorrection, slow intrusion to allow neuromuscular adaptation, longer retention periods, or more active retention protocols.24

The triple intrusion system is a reliable method for treating an adult open-bite patient with maxillary vertical excess and a retrognathic mandible. In this case, we observed a stable and parallel intrusion of the maxillary posterior dentoalveolar regions without buccal flaring, accompanied by mandibular autorotation. Satisfactory facial esthetics and a functional and stable occlusion were achieved without the need for surgery or unusual patient compliance.

Dr. Gökalp is a Professor and Dr. Efe is a postgraduate student, School of Dentistry, University of Ankara, Ankara, Turkey. Dr. Efendiyeva is in the private practice of orthodontics in Mersin, Turkey, and Dr. Bilgili is in private practice in Bursa, Turkey. E-mail Dr. Gökalp at haticegokalp@yahoo.com. 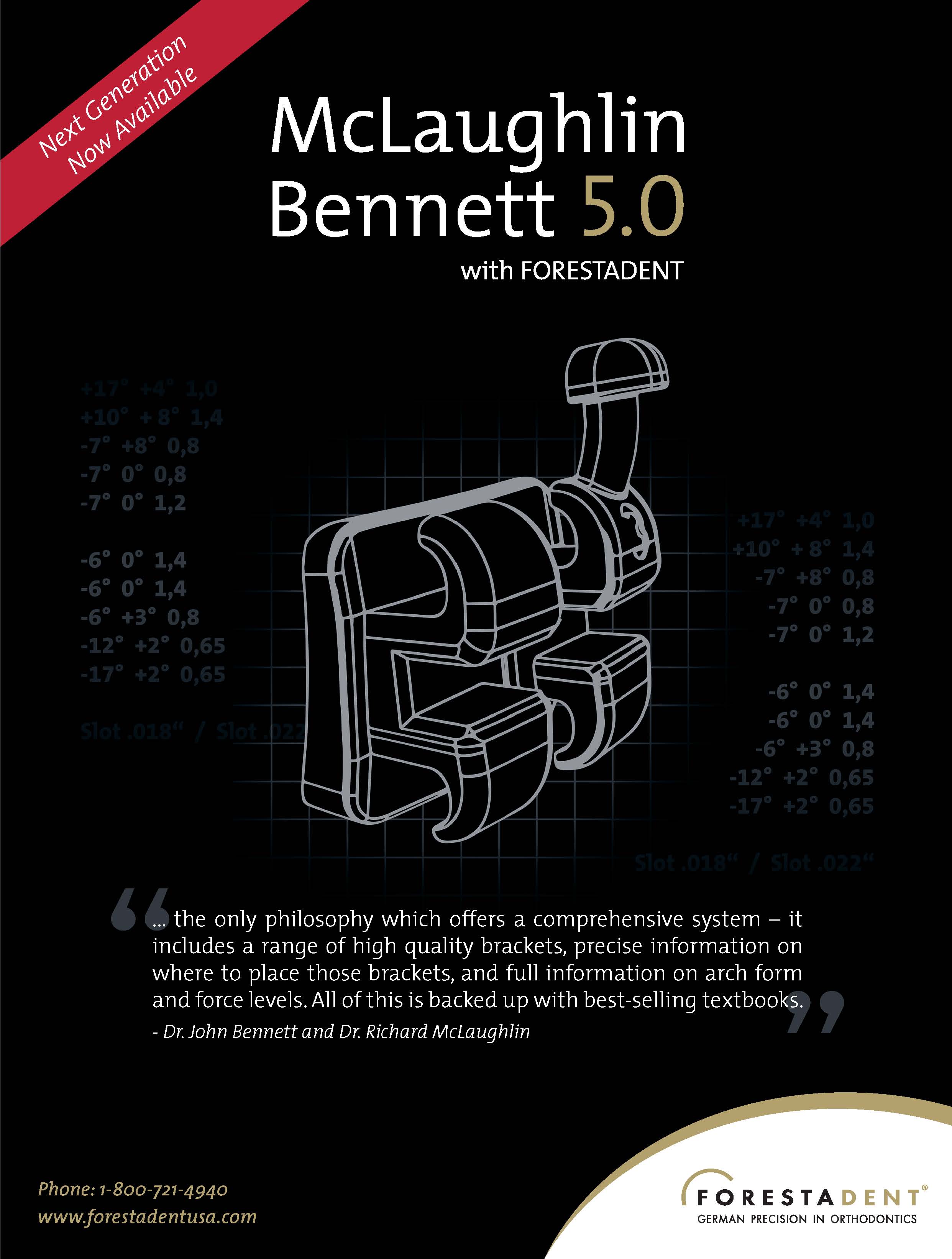 Fig. 4 Intrusion of upper canines with cantilever springs and of upper incisors with Burstone arch.

Fig. 7A Fig. 7 A. Patient four years after treatment (continued in next image). 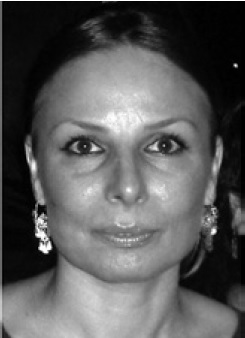 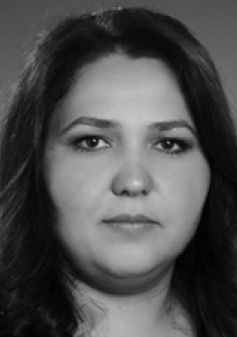 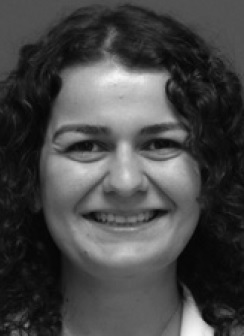 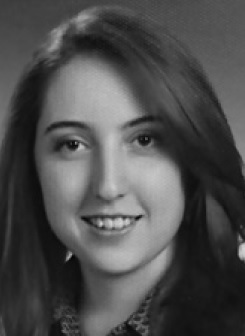