Use of Osseointegrated Implants for Orthodontic Anchorage

The main challenge in using the natural dentition for anchorage of minor tooth movements, whether with traditional fixed orthodontic appliances1 or clear aligners,2 is the management of reciprocal forces. These forces can result in unintended movement of adjacent teeth, apical root resorption, and disruption of occlusal harmony, including supraeruption and canting.3

Although temporary anchorage devices are now used in a variety of situations, osseointegrated implants can also be employed to anchor minor tooth movements. For example, a temporary crown with a bonded bracket can be cemented to an implant, which can then be used as anchorage for intrusion, extrusion, rotation, or tipping of the adjacent tooth without affecting the natural dentition. Even if an osseointegrated implant is not in an ideal position, it can still be used for anchorage by means of appropriate mechanics. With careful planning, implants can also be strategically placed in anticipation of future restorative needs.

This article introduces a biomechanical setup with an osseointegrated implant-supported device, called the handlebar-style technique (HST), that can accommodate the proposed vectors for movement of a single misaligned tooth while preventing undesirable movement of adjacent teeth. Two applications are illustrated in separate cases.

A 43-year-old male was evaluated for prosthodontic treatment of the left posterior dentition. The patient presented with a Class I mutilated occlusion, a supraerupted upper left second premolar, a missing upper left first molar, a failing mesio-occluso-distolingual amalgam on the lower left first molar, and a lingually displaced lower left second premolar with dental caries (Fig. 1).

After multidisciplinary consultation, the final treatment plan involved placement of a Biomet 3i osseotite* implant in the area of the upper left first molar, extraction of the lower left second premolar and placement of a cantilevered pontic, and preparation of the lower left first molar. After four months of osseointegration of the implant, an impression was taken and a handlebar-style device was cast in Type III gold (Fig. 2).

At the following appointment, the healing abutment was removed, the implant-supported device was inserted, and the abutment screw was torqued to 20Ncm. Stainless steel buttons were bonded on the mesial and distal aspects of the upper left second premolar, and elastomeric chain was attached from grooves in the extension arms of the handlebar device, establishing a couple for derotation and allowing for intrusion. The patient was monitored monthly to check progress and to replace the elastomeric chain.

The upper left second premolar was derotated in nine weeks and intruded about 1.5mm in another six weeks, providing an ideal occlusal plane and adequate interarch space for the final prostheses. The premolar was then held in its new position for six weeks to avoid relapse.

After 18 months of follow-up observation, no orthodontic relapse was seen.

A second technique is demonstrated in a 30-year-old male who presented with a missing lower right first molar and an unrestored implant that had been placed 10-15 years previously. The lower right second molar had drifted mesially into the first-molar space and was leaning into the abutment of the implant (Fig. 4). The remaining dentition was in a Class I occlusal relationship.

An orthodontic separator was used to provide access for removal of the healing abutment. An impression of the implant was then taken, and a handlebar-style device was waxed with a button on the distal arm, a stop on the mesial aspect adjacent to the lower right second premolar, and 2.5mm of space between the extension arm and the distal portion of the lower right second molar. The appliance was cast in Olympia ceramometal alloy (Fig. 5A). The button on the extension arm was placed apical to a bonded button on the mesiocclusal aspect of the lower right second molar, allowing for intrusion and distalization with elastomeric chain. A maxillary Essix** biteplane was fabricated to disarticulate the occlusion, and the patient was instructed to wear it full-time, except when brushing. He was monitored every three to four weeks for progress and to adjust the elastomeric chain.

Eight weeks into treatment, the prosthodontist removed the handlebar-style device, and an additional 2mm of base metal was removed from the internal aspect of the extension arm to allow further distalization of the lower right second molar (Fig. 5B). Six weeks later, the mesiocclusal button on the second molar was replaced by a new button on the mesial side to slightly intrude the distal aspect and complete distal movement (Fig. 5C). A total 3.5mm of distalization was achieved.

After 18 weeks of treatment, the button on the lower right second molar was removed, and a final full Type III gold screw-retained crown was inserted over the first-molar implant (Fig. 6).

Minimal enameloplasty was required on the palatal cusp of the upper right second molar. The final occlusion was Class I.

An existing osseointegrated dental implant can be used, or a root-form dental implant can be strategically placed, to effectively derotate, intrude, extrude, or upright adjacent teeth. Creative treatment planning and full discussion with the patient and restorative dentist are essential in cases where the occlusion is mutilated or multiple teeth are missing. Supraeruption and drifting of teeth into edentulous spaces are common findings in these patients. Because of financial concerns or other issues, osseointegrated implants are often placed before occlusal and positional discrepancies are resolved. The implants are then restored with excessive embrasure spaces, poor emergence profiles, and occlusal compromises. If a site is difficult to clean, food impaction may occur, with the potential for restorative failure.

When traditional appliances are used for molar uprighting, the tooth inevitably supraerupts, resulting in hyperocclusion and the need for enameloplasty or root-canal therapy, as well as the potential for intrusion of adjacent teeth.4 The HST is simpler and more cost-effective because it requires no bands or brackets, which may debond during treatment, and it allows the patient to maintain excellent oral hygiene. The handlebar device uses elastomeric chain anchored to an osseointegrated implant to achieve orthodontic rotation and intrusion of the adjacent natural tooth. With proper planning, it can improve the occlusal plane, optimize the edentulous space available for restoration, and enhance masticatory function without disturbing the surrounding dentition or damaging hard and soft tissues.

The HST should not be considered a substitute for comprehensive orthodontics, since it cannot produce bodily tooth movement. It requires careful monitoring to avoid the development of occlusal interferences during treatment. A removable interocclusal orthotic (biteplane) may be needed to separate the arches and accommodate bonded attachments.

Dr. Weber is an Associate Professor of Orthodontics and Dr. Dunham is an Associate Professor of Prosthodontics, Uniformed Services University of the Health Sciences, Bethesda, MD. Dr. eber is also Chief of Orthodontic Services and Dr. Handel is a prosthodontist, U.S. Army. Contact Dr. Weber at 131 Cypress Circle, Fort Gordon, GA 30905; e-mail: diana.w.weber.mil@mail.mil. The views and opinions expressed herein are those of the authors and do not reflect those of the U.S. Army or Department of Defense. 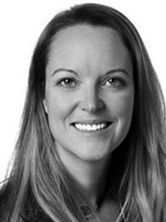 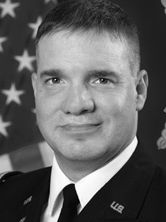