The Invisalign appliance was introduced in 2000 by Boyd, Vlaskalic, and Miller.1 Since then, a number of case reports1-19 and two clinical trials20-22 have demonstrated the applications of this system in many different types of orthodontic treatment. To date, more than 250,000 patients around the world have had Invisalign treatment23--a remarkably high number considering the appliance has been available to clinicians for less than five years.

One of the longitudinal clinical trials found that Invisalign had limitations in terms of tooth movement, with tipping movements being the most predictable.20,21 The appliances in this study, however, were made of materials that are no longer used, and they were changed at two different time intervals (one or two weeks), before the current protocol of two weeks for each aligner was established. Another longitudinal study has been reported only as an abstract.22 One of the primary advantages found in both studies was a statistically significant reduction in plaque and gingivitis.21,22 With fixed appliances, patients typically show an increase in plaque and gingivitis throughout orthodontic treatment; in fact, some patients experience irreversible bone loss,24,25 especially on banded molars,26 as well as decalcification.25,27-29

The present article demonstrates the use of Invisalign appliances in two of the most difficult types of orthodontic patients--skeletal Class III cases requiring single- or two-jaw multiple-segment orthognathic surgery.

A 27-year-old female presented with moderate restorations and missing lower right and left canines from previous orthodontic treatment as an adolescent in China (Fig. 1). Her chief complaint was "teeth don't come together, jaw protruding, and trouble chewing". Her problem list included Class III mandibular prognathism, an asymmetrical jaw deviating 4mm to the left, and a skeletal posterior crossbite on the left side. She had an overbite of -1mm and an overjet of 0mm; the maxillary dental midline was deviated 1mm to the right, and the mandibular midline 4mm to the left. The patient had 4-5mm of lower anterior crowding and 1mm of upper anterior crowding. Her lower left first premolar was rotated 90º and locked in infraocclusion to the upper arch.

Panoramic evaluation revealed short, thin, and pointed roots and about 20% bone loss in most areas. Both lower permanent canines had been extracted during the previous orthodontic treatment, and the lower third molars had been removed after subsequent supereruption of the upper third molars.

The patient's periodontal status was healthy, with no bleeding on probing and no pocket depths greater than 3mm. Generalized gingival recession was found throughout the mouth, however, with thin periodontal tissues. The treatment goals for this patient were to establish a Class I skeletal relationship with a Class III molar relationship (due to the missing lower canines), correct the mandibular asymmetry and the left posterior crossbite, align the midlines, and finish with about 2mm of overbite and 2mm of overjet.

The treatment plan included presurgical Invisalign therapy with 22 upper stages and 38 lower stages (although only 28 of these lower aligners were used), with the patient wearing each aligner for two weeks. The first phase required 14 months to level, align, and coordinate the arches and to reduce the dental compensations by proclining the lower incisors.

During the initial phase of Invisalign treatment, the lower left first premolar needed to be extruded and rotated 90º. The gingival third of the lower aligner was cut away to provide space for clear ceramic brackets, and the rotation was corrected in four months with an .018" round TMA archwire and figure-8 clear elastic thread. Extrusion of the tooth into a correct relationship with the adjacent teeth required an additional three months of sectional fixed appliances, using an extrusive bend in a larger, .017" × .025" TMA sectional archwire and a coil spring (Fig. 2). Under this segmental approach, the original Invisalign treatment sequence could continue, with each subsequent lower aligner cut to allow space for the brackets.

A new polyvinyl siloxane lower impression was taken at lower stage 28 (Fig. 3) for a Case Refinement series, which required 14 more lower aligners (30 weeks). After this first phase of Invisalign treatment (Fig. 4), all erupted teeth were bonded with ceramic brackets for the final presurgical preparation. Model surgery was performed to ensure that the dental arches were occluding properly (Fig. 5). For three months, 5oz Class II elastics were worn with the fixed appliances to increase the lower proclination and decrease the upper proclination, thus eliminating more of the dental compensations.

The Dolphin software prediction called for a 3.5mm maxillary advancement and a mandibular osteotomy with 4mm of setback and rotation of 3mm to the right. The surgical procedure was performed using rigid fixation, and final detailing was carried out with fixed appliances during the four-month healing period after surgery (Fig. 6). The entire treatment took three years and eight months, partly because waiting for authorization and scheduling the surgery took an additional five months (Figs. 7A,B and 7C, Table 1).

After debonding, a maxillary wraparound Hawley retainer was prescribed to allow settling of the posterior teeth into a better cusp-fossa relationship. The lower arch was retained with a vacuum-formed clear appliance. Retainers were to be worn full-time for six months, and then indefinitely at night only.

A 29-year-old male presented with the chief complaint of "crooked front teeth" (Fig. 8). His two upper first premolars had been extracted during previous orthodontic treatment as an adolescent in Australia. His profile was straight, with a slightly concave appearance; his lips were competent, and he had normal vertical facial proportions. The mandible was symmetrical and well-positioned in relation to the other facial structures. The patient's upper dental midline was deviated 2mm to the right, and the lower dental midline 1mm to the right. He had 4mm of upper crowding and 4mm of lower crowding. There was a severe bilateral posterior crossbite, with a narrow transverse skeletal width, a 2mm anterior crossbite, and 2mm of reverse overbite.

The panoramic radiograph showed that all crown-to-root ratios were normal, and no periodontal bone loss was noted. Both upper second premolars and all third molars had previously been extracted.

In the cephalometric analysis (Table 2), the maxilla was deficient in the anteroposterior dimension (SNA = 75.3º), but the mandible was normal (SNB = 78.9º). The patient had an apical base discrepancy (ANB = -3.6º) and a Wits appraisal of -2.8. The upper incisors were retroclined, as shown by the measurements of 7mm and 22.4º to NA.

Treatment goals for this patient were to level, align, and coordinate the arches, establish a Class I canine relationship and a Class II molar relationship (due to the missing first premolars), achieve an overbite-overjet relationship of 2mm, and eliminate the posterior crossbite (Fig. 9).

Invisalign appliances were used to level, align, and coordinate the arches, but not to remove the posterior crossbite (Figs. 10A,B and 10C). The first series involved 30 upper and 28 lower aligners, and the Case Refinement series used 16 more upper and 12 lower aligners. Passive fixed appliances were placed three months prior to surgery, after 27 months of Invisalign treatment (Fig. 11).

Orthognathic surgery involved a two-piece maxillary advancement osteotomy, with the midline split for expansion, to position the maxilla 3.5mm anteriorly into a 2mm overbite-overjet relationship and to correct the crossbite. Detailed finishing of the occlusion was accomplished with fixed appliances during the four months after surgery. The archwires were then cut to allow the lower arch to settle.

Vacuum-formed clear retainers were prescribed for retention. When a 1.5mm open bite was noted in the region of the molars and second premolars, bilateral elastics were used to extrude the lower posterior teeth into occlusion with the upper posterior teeth (Figs. 12A and 12B,C, Table 2).

These two cases demonstrate that the Invisalign system can be effective when used in conjunction with segmental fixed appliances, or prior to full fixed appliances immediately before and after surgery. Both of these patients wanted to have as much of their treatment as possible done with Invisalign, and we were able to limit the full-fixed-appliance phase to less than 30% of the total treatment time in each case.

Other surgical procedures, such as a one-piece, single-jaw mandibular advancement or a setback, could be accomplished without any buccal fixed appliances. Paik and colleagues, who used lingual appliances, showed that intermaxillary fixation could be achieved by connecting intermaxillary elastics or wires to four miniscrews in the upper jaw and four more in the lower30 (Fig. 13). If the occlusion could be successfully leveled, aligned, and coordinated with only rigid fixation, no fixed appliances would be required for a single-jaw procedure.

ACKNOWLEDGMENTS: The orthognathic surgery on these two patients was performed by Drs. Felice O'Ryan and David Poor of the Oral and Maxillofacial Surgery Department at Kaiser Hospital in Oakland, California. The author wishes to thank Drs. Mohamed Fallah, Mark Handelin, Rebecca Doucet, and Shahram Nabipour for their valued assistance in the preparation of these case studies.

Fig. 2 Case 1. A. Gingival third of lower aligner cut away for initial derotation of lower left first premolar on .018" round TMA wire segment. B. .017" × .025" TMA wire segment used with coil spring for extrusion.

Fig. 3 Case 1. Patient after 11 months of treatment, prior to lower impression for Case Refinement series of aligners. 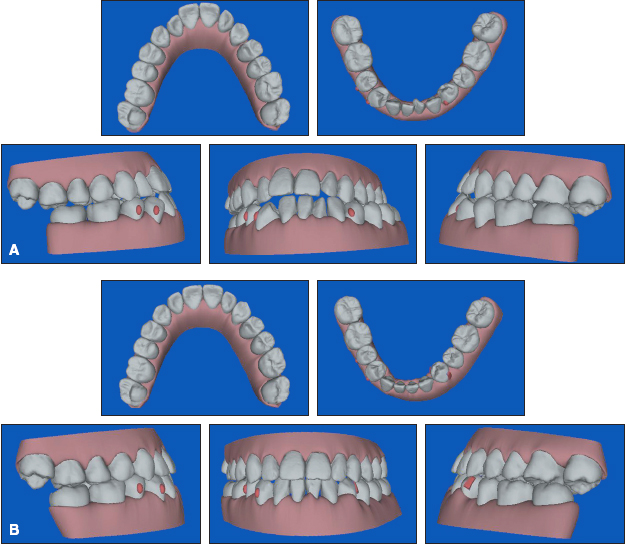 Fig. 7C Case 1. C. Superimposition of cephalometric tracings before and after 44 months of treatment.

Dr. Boyd is a Contributing Editor of the Journal of Clinical Orthodontics and Professor and Chairperson, Department of Orthodontics, School of Dentistry, University of the Pacific, San Francisco, CA. Dr. Boyd started doing Invisalign research in 1997 and purchased stock in the company in 2001.