A New Paradigm of Facial Analysis

A New Paradigm of Facial Analysis

Patients derive a myriad of benefits from orthodontic therapy, including enhanced masticatory function, easier access to dental surfaces for better hygiene, and, consequently, reduced incidence of caries and improved periodontal health. I have even had a few--very few--patients who came to my office wanting braces for one of these reasons. It doesn't take an NIH-funded, large-scale epidemiological study, however, to establish that the reason the vast majority of patients seek orthodontic care is that they "want to look better". Said differently, they want to improve their facial esthetics.

In many ways, "treating" someone's facial esthetics is far more challenging than, say, dealing with a soft-tissue infection or modifying an occlusion. The process is almost entirely subjective, depending on the tastes and opinions of the clinician, the patient, and the patient?s family. Basically, we have to function as facial artists. We've all heard the phase, "the art and science of dentistry". What's the difference between the two? Epistemologists and philosophers of the scientific method have debated this point ad infinitum, but perhaps the best explanation I've heard is that if you can measure it, it's science; if you can't, it's art. Plain, simple, and fair enough. But all orthodontic training programs place a heavy emphasis on scientific measurement. As doctors, we are taught to function as applied scientists. An internal philosophical dilemma arises, then, when we are called upon to function as artists. How do we measure facial beauty?

Hundreds of papers have been published on various cephalometric, anthropometric, and soft-tissue analyses, both frontal and lateral. Many of these present normative or average values for their respective populations' facial, skeletal, and dental measurements. The assumption is that these average, or mean, values should be regarded as treatment goals. The big problem with the application of these normative values as treatment objectives, however, is that "treating to the mean" may or may not result in an esthetically desirable outcome. Sarver states, quite accurately, that "any analysis based on cephalometric or facial 'normative' values has one inherent weakness, and that is that beauty is not the norm" (emphasis added).1 Indeed, if facial esthetics were regarded as falling along a normal distribution, on a bell curve, beauty would be found in the far right portion of the curve. Average, or mean, appearance would fall squarely in the middle. Treating to the mean, then, is tantamount to striving for mediocrity.

Recently, after extensive study of the classical concepts of beauty, combined with observations of modern-day, subjective reactions to beauty (and ugliness), Dr. Steve Marquardt has begun to analyze facial esthetics with a "Golden Decagon matrix" derived from two- and three-dimensional geometric extrapolations of the classical Golden Ratio.2 Dr. Marquardt has developed a set of "facial masks" that can be superimposed over frontal or lateral photographs for the assessment of individual patients' faces by comparing them to the idealized matrix. Previous facial templates have been formulated from population average values for various facial parameters. Dr. Marquardt's facial masks, on the other hand, were based on a complex mathematical symmetry that seems to pervade nature in objects generally considered "beautiful". The masks seem to hold up across all races and both sexes.

While the applications of Dr. Marquardt's findings to clinical orthodontics have not yet been explored, the prospects are intriguing, especially in the area of soft-tissue analysis. This month's interview in JCO serves as a good introduction to his new way of analyzing beauty. 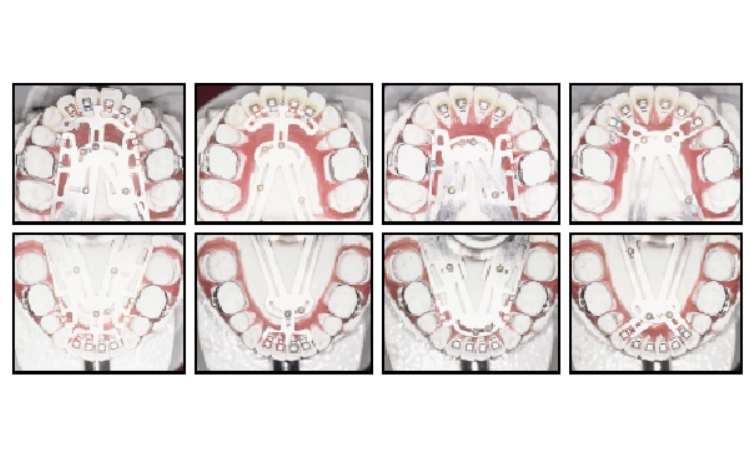