Georgia on Our Minds

The AAO visits the ATL May 1-4 for its annual session, the first to be held in the Georgia capital since 1982. Here is JCO’s yearly guide to attractions and restaurants in the convention city.

Atlanta has a moderate climate, with an average high of 80°F in May, but temperatures can dip into the 50s at night. Be prepared for the possibility of rain.

Hartsfield-Jackson Atlanta International Airport is the world’s busiest hub. The simplest and cheapest way to get from the airport to Downtown is to use MARTA’s direct light-rail connection (www.itsmarta.com). The Airport Station is located between the North and South baggage claims in the Domestic Terminal; it can also be reached by a free shuttle bus from outside the International Terminal baggage claim. The reloadable Breeze Card, which has a one-time cost of $2 in addition to the fares, can be purchased online (breezecard.com) or from a vending machine at any station. Taxis charge a flat rate of $30 to Downtown, or you can catch a shared-ride shuttle with a maximum trip fee of $16.50 per person.

MARTA’s latest transportation service is the Atlanta Streetcar, a 2.7-mile loop with 12 stops connecting Centennial Olympic Park with the Martin Luther King Jr. National Historic Site and nearby neighborhoods east of Downtown. A Breeze Card can be used for payment, or exact change can be paid in cash on boarding.

This city has long been the capital of the civil-rights movement in the United States. You can easily spend a day visiting such iconic locales as the Martin Luther King Jr. National Historic Site (Dr. King’s birthplace and the restored Ebenezer Baptist Church), the National Center for Civil and Human Rights (featuring interactive technology), and the Jimmy Carter Presidential Library and Museum (on 30 acres of parkland with a view of the city skyline). Civil Rights Tours Atlanta start at the King Center and include other significant touchstones.

Atlanta CityPASS saves as much as 40% on combined admission prices to five of the city’s top attractions—Georgia Aquarium, CNN Studio Tour, World of Coca-Cola, Fernbank Museum of Natural History or Chick-fil-A College Football Hall of Fame, and Zoo Atlanta or the National Center for Civil and Human Rights—with the ability to skip most ticket lines as well. Mobile or printable tickets can be purchased in advance online (citypass.com) and are valid for nine days from the first day of use. 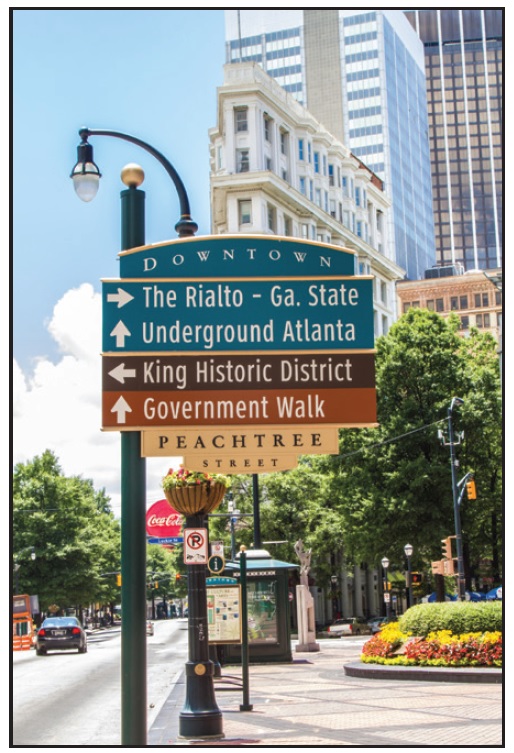 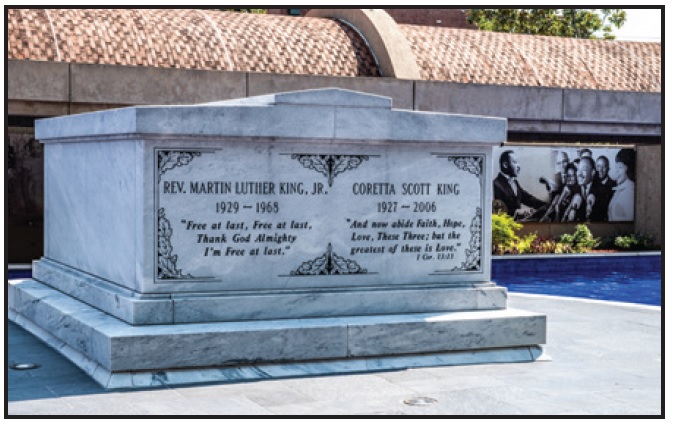 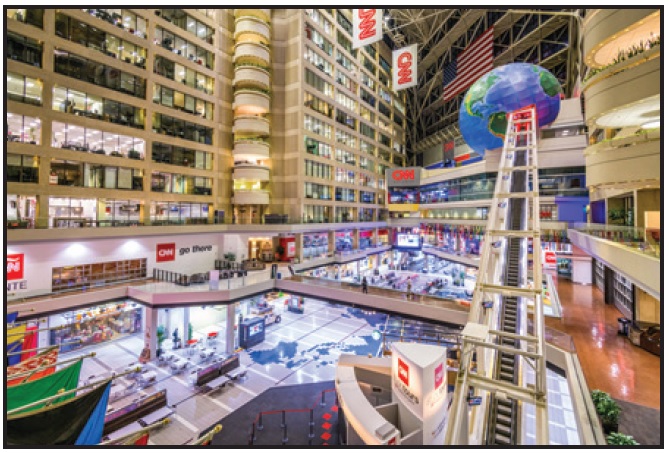 Most of these attractions are within walking distance of the Georgia World Congress Center and Centennial Olympic Park, the 21-acre site created for the 1996 Centennial Summer Olympic Games. Park highlights include the Fountain of Rings—the world’s largest interactive fountain based on the Olympic rings—and SkyView Atlanta, a 20-story Ferris wheel. The only outliers on the CityPASS list are the zoo, in Grant Park, and the Fernbank Museum, east of Midtown near Emory University. In addition to its permanent “Giants of the Mesozoic” dinosaur exhibit, the Fernbank will be offering “Our Senses: An Immersive Experience.” Another popular activity for the kids is the LEGOLAND Discovery Center in Buckhead’s Phipps Plaza.

Also worth a visit is Piedmont Park (near the High Museum and Emory University), the oldest and largest park in the metro area, along with the adjacent 30-acre Atlanta Botanical Gardens. Skyline Park is an amusement center on the rooftop of the Ponce City Market in Atlanta’s historic Old Fourth Ward (between Piedmont Park and the Carter museum). 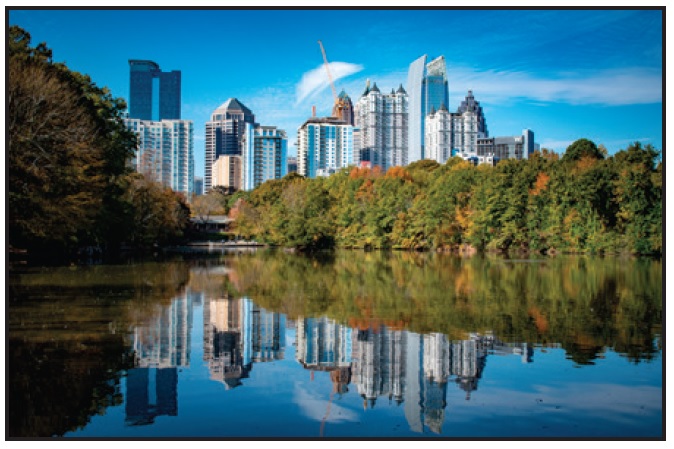 The fine Atlanta Symphony Orchestra is celebrating its 75th anniversary this year, and there could be no better way to mark the season than with Igor Stravinsky’s The Rite of Spring (8 p.m. April 30 and May 2-3). The Atlanta Opera opens its run of Giacomo Puccini’s classic Madama Butterfly on May 2. And in a warm-up for the American Guild of Organists’ national convention in Atlanta (July 6-10), you can hear resident organist Alan Morrison perform on the superb Albert Schweitzer Memorial Organ in Clayton State University’s Spivey Hall (3 p.m. May 2). He’ll be joined by cellist Joel Dallow, pianist Min Kwon, and soprano Karen Slack.

The pop scene is headlined by the annual Shaky Knees Music Festival in Central Park (May 1-3), featuring an indie-punk dream lineup of the Black Keys, the Smashing Pumpkins, the Strokes, Yeah Yeah Yeahs, Joan Jett & the Blackhearts, Portugal. The Man, Liam Gallagher, and many others. Multi-instrumentalist Brian Culbertson brings his XX Tour to Atlanta Symphony Hall (May 1); Latino star Prince Royce appears at the Tabernacle (May 2); and The Masquerade presents Kevin Krauter with Why Bonnie (at The Drunken Unicorn, May 2), Apocalyptica with Lacuna Coil (May 4), and Powerglove with Immortal Guardian (May 5).

The historic Fox Theatre is staging the hit musical Hamilton through May 3; get your tickets well in advance, before they’re sold out. Tours of the theater—which houses the world’s second-largest operating theater organ, known as Mighty Mo—are conducted on Mondays, Thursdays, and Saturdays, with tickets available online two weeks in advance.

The Atlanta Braves will be on the road during the convention, but Atlanta United FC will be home for a soccer match against Real Salt Lake at Mercedes-Benz Stadium (3 p.m. May 3). 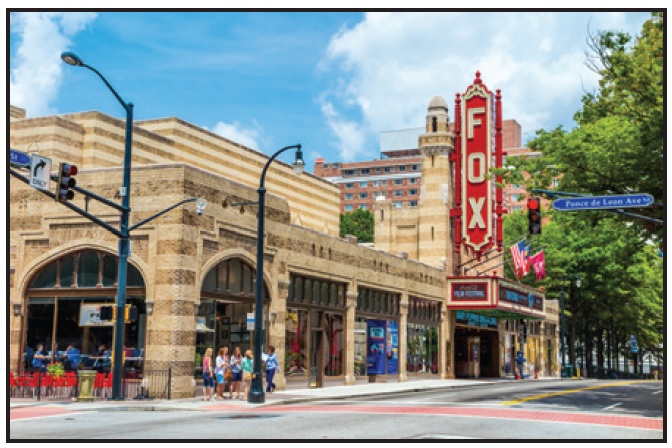 While Atlanta’s cuisine shows a decided Southern influence, its chefs also demonstrate an international palate. The most celebrated restaurants are clustered in the Buckhead area, a 15-to-20-minute drive or cab ride to the northwest of Downtown. These include Aria (recently remodeled American classic with an extensive wine program), Atlas (new American, in the luxe St. Regis Hotel), Bones (upscale steakhouse), Kyma (Greek seafood), and Tomo (high-end Japanese). It’s worth driving a few minutes farther to reach the venerable Canoe, in a spectacular setting on the bank of the Chattahoochee River.

Closer to Downtown on the Westside, Bacchanalia sets the standard for elegant tasting menus and service. Its parent Star Provisions operates an adjoining market and cafe, as well as the Mediterranean gem Floataway Cafe, nestled above Emory University and the Centers for Disease Control and Prevention. Also on the Westside, Georgia’s own Steven Satterfield was named 2017 Best Chef: Southeast by the James Beard Foundation for his transcendent Southern cuisine at Miller Union. Chef Deborah VanTrece leans toward the soul-food end of the spectrum at Twisted Soul Cookhouse & Pours. Guy Wong serves trendy Vietnamese food at Le Fat, and Ford Fry specializes in fresh shellfish at The Optimist.

Midtown’s The Federal is a steakhouse with a bistro flair. Nearby in the Poncey-Highland district, a redesigned Hotel Clermont features the more classically French Tiny Lou’s; in Virginia-­Highland, 8ARM offers seasonal Meso-American cuisine.

The Old Fourth Ward, just east of the convention center, provides a plethora of dining options, including City Winery Atlanta (“Atlanta’s first urban winery,” with food, drinks, and music, in the Ponce City Market), Nina & Rafi (a popular Detroit-style pizzeria), and Staplehouse (a farm-to-table landmark). Cold Beer is a new entry from the unorthodox chef Kevin Gillespie, whose flagship location is Gunshow in Ormewood Park.

If you have less time for lunch or dinner, there are plenty of casual options in the sprawling Peachtree Center, where several of the convention hotels are clustered. On the pricier end, AG at the Ritz Carlton is a newly renovated steakhouse.

Atlanta’s traditional nightlife is epitomized by Sweet Georgia’s Juke Joint in the Peachtree Center. Red Phone Booth, also in the Peachtree Center, is an old-time speakeasy offering a Kentucky Derby watch party at 4 p.m. May 4. In Krog Street Market, the Ticonderoga Club is renowned for its bartenders. The trendy Octopus Bar in East Atlanta Village is really a restaurant, but one that opens from 10:30 p.m. to 2:30 a.m. 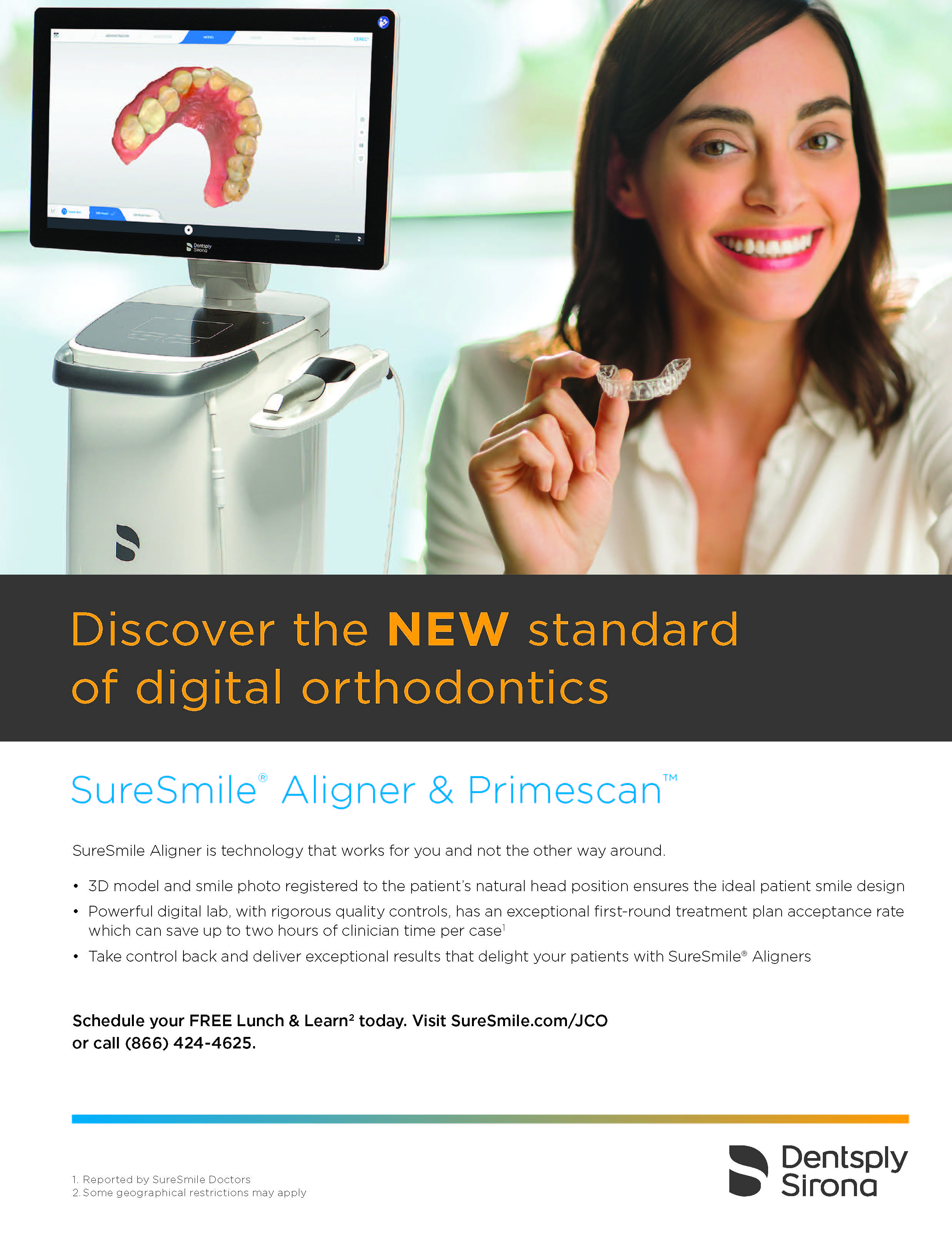