JCO began these annual convention city previews in 1997, the last time the AAO visited Denver. When the convention returns May 17-20, orthodontists will find many familiar attractions in the Mile High City, but also a number of exciting new buildings and restaurants. This report focuses on the changes that have taken place over the last 11 years.

Although Colorado is generally dry and sunny, May is one of the rainiest months of the year. Bring sweaters and jackets for the cool evenings--low temperatures will still be close to 40 degrees F--but highs should be climbing into the low 70s, and summerlike weather is a possibility.

Denver International Airport was still new in 1997, but has now settled into a fairly dependable routine. An underground train takes you from the concourses to the terminal and baggage claim. Go out the door on the same level for ground transportation and shuttles, but one level down if someone is picking you up. Taxis are expensive, with a flat rate of $46.25 to downtown. The Regional Transportation District (RTD) offers a skyRide bus that is much cheaper, but would involve transferring to another bus or light rail to get to a downtown hotel; more information is available at www.rtd-denver.com or (303) 299-6000. The shared SuperShuttle service costs $20 one-way to downtown.

RTD's efficient light rail is a convenient way to get around the downtown area or even to the southern and southwest suburbs. Fares within the downtown zone are $1.75.

The Colorado Convention Center itself has more than doubled in size since the 1997 AAO meeting. The adjacent Hyatt Regency Denver opened along with that expansion in 2005. But if you're wondering where the Democratic National Convention will take place in August, it's actually at the Pepsi Center, home of the Denver Nuggets and Colorado Avalanche, which opened in 1999.

The most significant recent addition to the downtown skyline is Daniel Libeskind's Frederic C. Hamilton Building (Fig. 2), an annex to the Denver Art Museum. Covered in 9,000 titanium panels, the building seems to mimic the Rocky Mountains with its sharp-angled blocks. It also completes an architectural hub in Civic Center Park, just a few blocks away from the convention center, joining Gio Ponti's original Denver Art Museum and Michael Graves's Denver Public Library. With imposing outdoor sculptures surrounding both the museum and the library, it's a stimulating place just to walk around. The museum addition has opened up space for significant exhibits such as "Inspiring Impressionism" (closing May 25) and for the permanent collection, which includes perhaps the world's finest assemblage of Native American art.

Another new landmark building is David Adjaye's glassy Museum of Contemporary Art/Denver, which opened less than a year ago in Lower Downtown (LoDo). The inaugural exhibit, "Star Power: The Museum as Body Electric", features seven contemporary artists from countries around the world.

For a more historical perspective, the Colorado Historical Society offers "The Italians of Denver", showing an ethnic slice of the city from 1850 to the present. Or you can see different images of early Denver society at the Molly Brown House Museum or at Four Mile Historic Park, which was built in 1859 as a stagecoach stop.

Other more specialized attractions include the Denver Firefighters Museum, the Forney Museum of Transportation, the Kirkland Museum of Fine & Decorative Art, the Museo de las Americas, the U.S. Mint, and Wings Over the Rockies Air & Space Museum. In Golden, in the foothills west of town, you can visit the Buffalo Bill Museum & Grave, the Colorado Railroad Museum, the Mother Cabrini Shrine, the National Renewable Energy Laboratory, or the Rocky Mountain Quilt Museum. Near Boulder, you'll find the Leanin' Tree Museum and Sculpture Garden of Western Art.

Take the entire family to the delightful Butterfly Pavilion in Westminster; the Denver Museum of Nature & Science (with a special exhibit on "Gold") or the Denver Zoo, both in City Park east of downtown; the Children's Museum of Denver or the nearby, relatively new Downtown Aquarium (now owned by a commercial restaurant chain); or Elitch Gardens amusement park, next to the Pepsi Center (featuring an adventure called "Mad Science" May 14-16). And for a back-to-nature respite in the heart of the city, visit the Denver Botanic Gardens, celebrating National Wildflower Awareness Week May 19-23.

The glitzy Ellie Caulkins Opera House in the Denver Performing Arts Complex opened only two years ago, but unfortunately no performances are scheduled during the AAO meeting. If you're taking in a play or a concert, however, you might still want to dine at Kevin Taylor's at the Opera House. Next door, in Boettcher Concert Hall, the Colorado Symphony Orchestra presents Carl Orff's ever-popular Carmina burana May 16-18. And a number of Denver Center Theatre Company productions are also available at the complex, including the provocative Doubt and the musicals The Last Five Years and 3 Mo' Divas.

Other Denver-area theaters open during the convention include the Arvada Center for the Arts and Humanities, with Altar Boyz; Boulder's Dinner Theatre, with The Will Rogers Follies; and Denver's Dangerous Theatre, with A Time to Go Walking. For live stage shows and improv, go to the Avenue Theater, for Radio Avenue; the Bovine Metropolis Theater, for Shot of Spring (with a Twist); or the Impulse Theater, in LoDo's Wynkoop Brewing Company. On May 21, the Cure brings its British power pop to one of the most spectacular outdoor performing venues in the United States, Red Rocks Amphitheatre in Morrison.

When JCO bought a little house in Boulder as an office nearly 35 years ago, we never could have imagined that the best restaurant in the state would someday be on the next block. That's what has happened since Frasca Food and Wine (Fig. 3) opened its doors in 2004. Launched by a chef and wine director from Napa's French Laundry, and based on the cuisine of the Friuli region of northern Italy, Frasca has been celebrated by publications from Gourmet to Sommelier Journal. The downside of all this publicity is that with Frasca's limited seating, you generally have to book reservations two months ahead. If you have a small party and show up right at the 5:30 p.m. opening, however, you can usually get seated in the bar area; or if you don't mind eating late, you might get a table at 10 or 10:30 p.m.

Don't try knocking on JCO's door--we'll all be at the convention. But Boulder's Pearl Street has actually become something of a restaurant row, also featuring the eclectic L'Atelier, the Provencal Mateo, and the organic Sunflower. Other Boulder favorites are The Kitchen, Laudisio, Q's Restaurant, and the venerable and ultrascenic Flagstaff House.

The hands-down food champion in the downtown Denver area is Mizuna, offering chef Frank Bonanno's innovative American cuisine. Sharing a kitchen with Mizuna, but more of a bistro in style, is Luca d'Italia. Also in the Capitol Hill area, you'll find the relatively undiscovered Deluxe, the intimate Fruition, the bustling fusion bar nine75, the creatively down-home Potager, and the reliable Table 6.

Around Larimer Square, the historic heart of downtown Denver, you'll want to sample the French Bistro Vendome, the northern Italian Panzano, the contemporary French Restaurant Kevin Taylor, the Mediterranean Rioja, or the upscale Mexican Tamayo. The Palace Arms at the Brown Palace Hotel still has the fanciest dinner in town.

In LoDo, look for the Denver Chophouse & Brewery, adjacent to Coors Field, or a smallplates favorite, Zengo. A little farther west, in the quaint Denver Highlands neighborhood, you'll find Duo, Highland's Garden Cafe, and Swimclub 32. Or go even farther, up to the foothills in Morrison, and sample the buffalo and Rocky Mountain oysters at the tourist favorite, The Fort, featuring an Indian Market May 17-18.

Cherry Creek Shopping Center is still the go-to mall for serious Denver-area shoppers, but don't miss the bodegas and galleries in nearby Cherry Creek North. Larimer Square (with the adjacent Tabor Center mall), Highlands Square, and LoDo are the other major boutique districts close to downtown.

The National League champion Colorado Rockies play host on May 16-18 to the Minnesota Twins, in an interleague series, and on May 19-21 to the San Francisco Giants, Western Division rivals, at LoDo's Coors Field (Fig. 4). The Colorado Crush meet the expansion Cleveland Gladiators in Arena Football League action on May 17 at the Pepsi Center. In Major League Soccer, the Colorado Rapids take on Real Salt Lake on May 15 at the new Dick's Sporting Goods Park, a dedicated soccer complex. And if you want Major League Lacrosse, you can watch the Denver Outlaws play the Los Angeles Riptide on May 17 at Invesco Field at Mile High, home of the Denver Broncos.

Public golf courses in the downtown area are mostly undistinguished. If you head northeast toward the airport, however, you can play several outstanding and relatively new prairie-style layouts: Buffalo Run Golf Course, Green Valley Ranch Golf Club, and Riverdale's Dunes or Knolls Golf Courses. Severe elevation changes and spectacular views can be found all along the foothills west and south of town. The best public courses of this mountain type are Arrowhead Golf Club (Fig. 5) and the Ridge at Castle Pines North; other highly rated locations include Black Bear Golf Club, Fox Hollow Golf Course (27 holes), and the Golf Club at Bear Dance.

If you need more intensive high-altitude training, you can enter the Post-News Colorado Colfax Marathon, with both full and half-marathons starting and ending in City Park on May 18 (late registrations accepted until May 15). Of course, it's only a short drive to the Rocky Mountains and all sorts of outdoor experiences. Given the amount of snow that has hit the mountains this season, a few ski areas may still be open in late May for spring skiing. The most scenic drive is through Rocky Mountain National Park, which offers camping, hiking, and plenty of flora and fauna. Hone your kayaking skills in downtown Denver's Confluence Park with Confluence Kayaks, then head up to the mountains for whitewater rafting with companies such as Clear Creek Rafting or Geo Tours. You can buy or rent all your clothing and equipment in LoDo's massive REI Denver Flagship store. 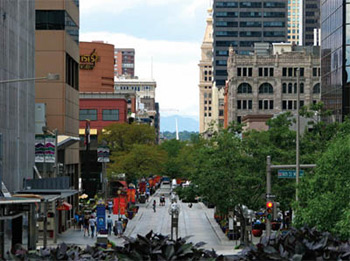 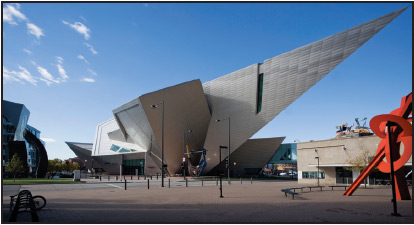 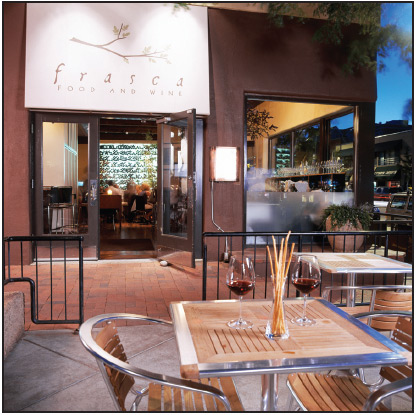 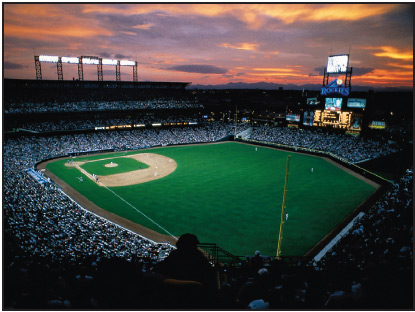 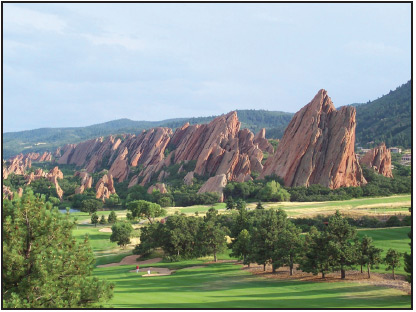 Fig. 5 Arrowhead Golf Club, in the foothills west of Denver, is one of Colorado's most scenic courses (photo © Webshots.com). 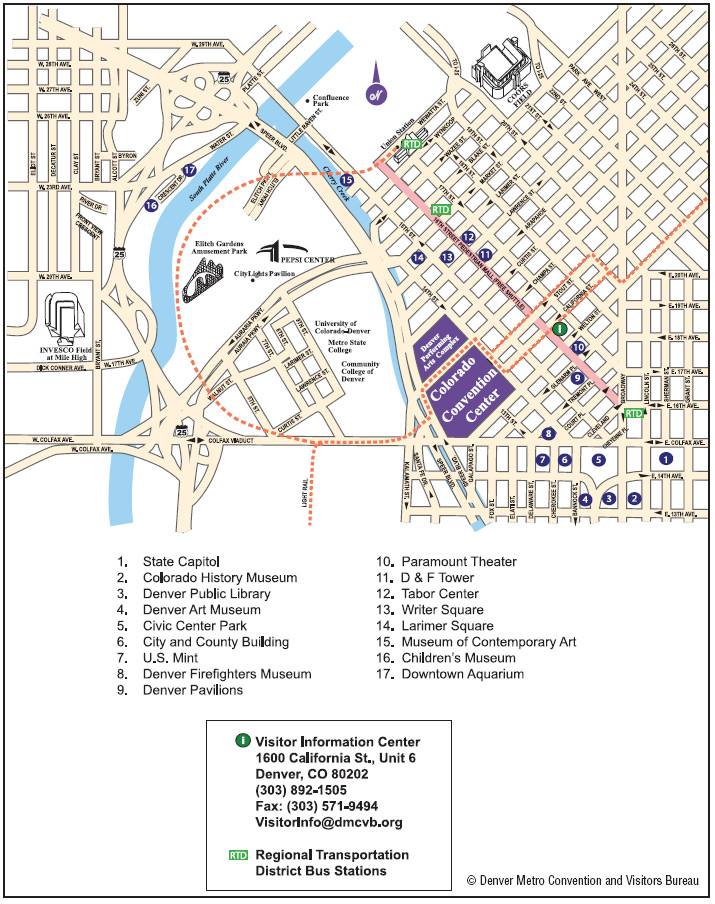 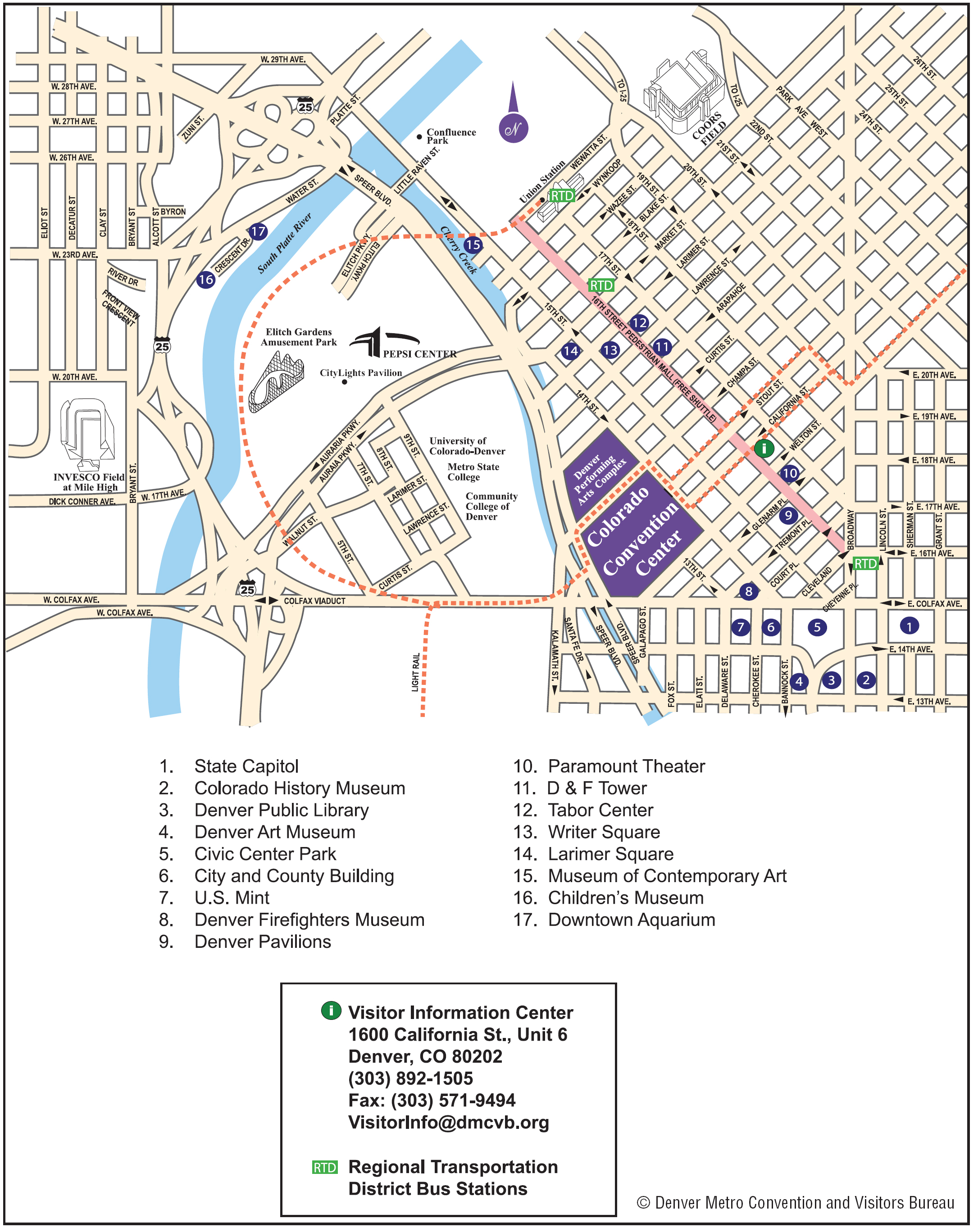 Mr. Vogels is Managing Editor of the Journal of Clinical Orthodontics.